On November 16, J-Novel Club announced that they licensed a trio of light novel titles, which they’ll release under their main imprint. The publisher picked up the following: 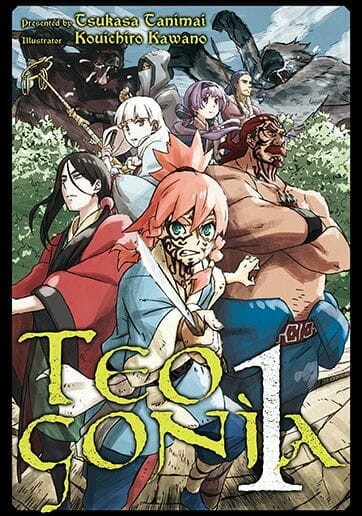 Teogonia launched under Shufuto Seikatsusha’s imprint on March 30, 2018. The series spans three volumes to date, with the latest hitting stores on June 28.

In the harsh region known as the borderlands, humans must fight an endless battle against demi-human creatures that come at them relentlessly, intent on taking their land and their gods.

A young boy named Kai, fighting to defend his village, sustains a life-threatening injury that causes him to regain memories from a past life.
If you’re not a guardian bearer, it’s like you’re playing life on hard mode…

Kai’s newfound knowledge gives him a new sense of the unfair “rule set” that governs the world around him. One thing is clear: For those without a god to serve as their guardian, life is a constant struggle for survival.

Thus begins the epic tale of a young boy’s ascent into a vast world filled with magic, bloodshed, and mystery. 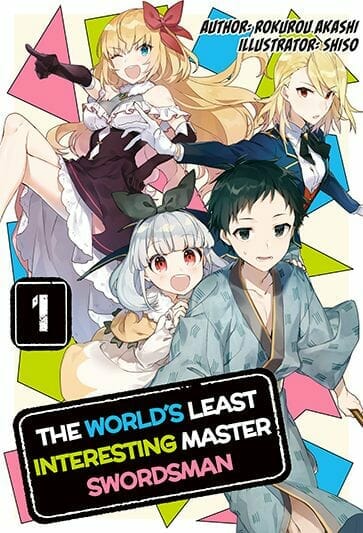 The World’s Least Interesting Master Swordsman debuted under Shufuto Seikatsusha’s main label on May 25, 2018. Four volumes have hit stores to date, with the latest shipping on August 30.

Sansui Shirokuro is a young guy with an old man’s name, which ends up landing him in tragic circumstances when God snuffs out his life candle after mistaking him for a geezer whose time has passed. Now reincarnated into a fantasy world, Sansui is one of the Immortals, capable of immense power… as long as he’s willing to put centuries of work into achieving it.

One day, after five hundred years of swinging his sword, his monotonous existence is upended entirely by the appearance of a little baby. His master sends him out into the world to raise the child, and it’s there that he meets a haughty young noblewoman and her tomboyish bodyguard. His fighting style may be bland and unpretentious, but the fast-paced mortal world is about to find out just how good even the most hopeless swordsman can get with half a millennium of practice behind him!

Hitchhiker’s Guide to the Isekai 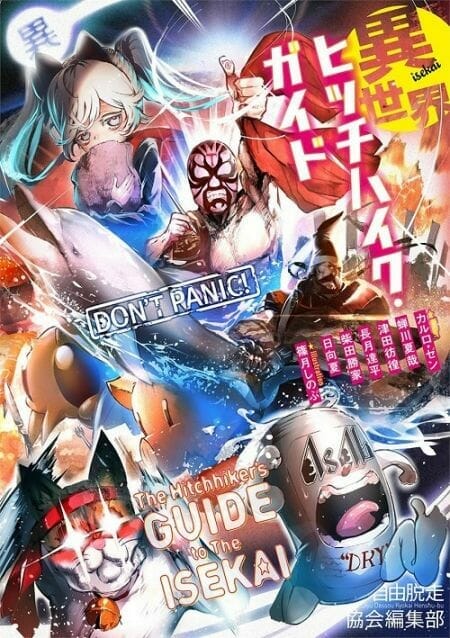 Hitchhiker’s Guide to the Isekai is a one-shot anthology that was originally published by doujinshi circle SAKKA KEIHAN. J-Novel Club describes the title as:

With a diverse cast of writers, Hitchhiker’s Guide to the Isekai was originally published in Japan as a doujin by doujinshi circle SAKKA KEIHAN. Famous authors Carlo Zen (Saga of Tanya the Evil), Natsuya Semikawa (Isekai Izakaya Nobu), Hoko Tsuda (Unmotivated Hero’s Tale), Tappei Nagatsuki (Re:Zero), Katsuie Shibata (science fiction novelist), and Hyunganatsu (Rakuya no Hitorigoto) all contribute to this work. Did we mention that the cover art is done by Saga of Tanya the Evil’s Shinobu Shinotsuki? With such a remarkable group of creators working together, J-Novel Club is excited to bring this unique title to life in the English-speaking world for readers to enjoy later next year.