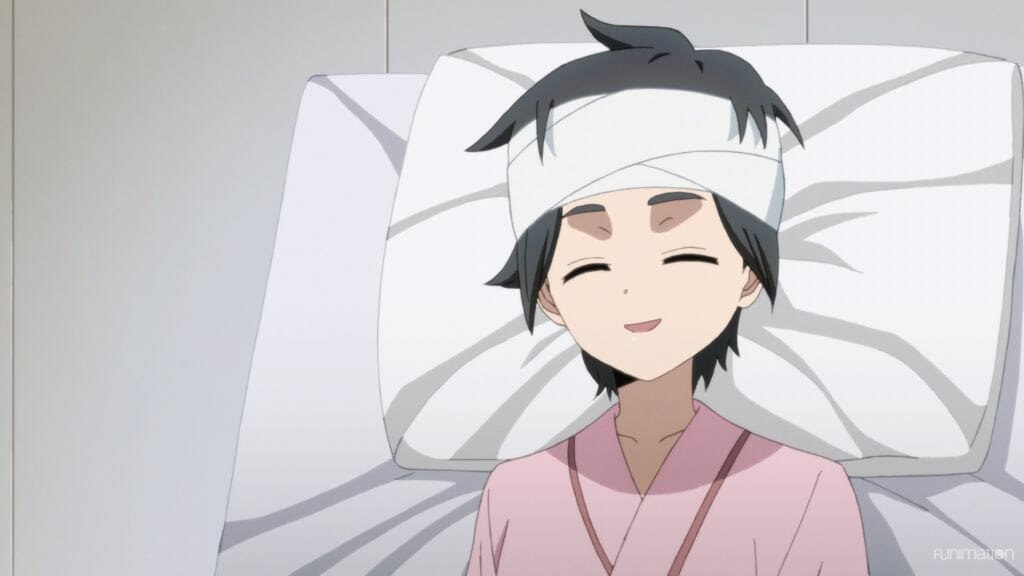 Samantha Ferreira: Hi everyone, and welcome to another week of the Herald Anime Club! I’m Samantha, and I’m here with Anthony Simpson.

Samantha Ferreira: Tonight, we’re heading back to the well with ID:Invaded. This week, we’re talking up episode 3: Just a nice day in front of a waterfall 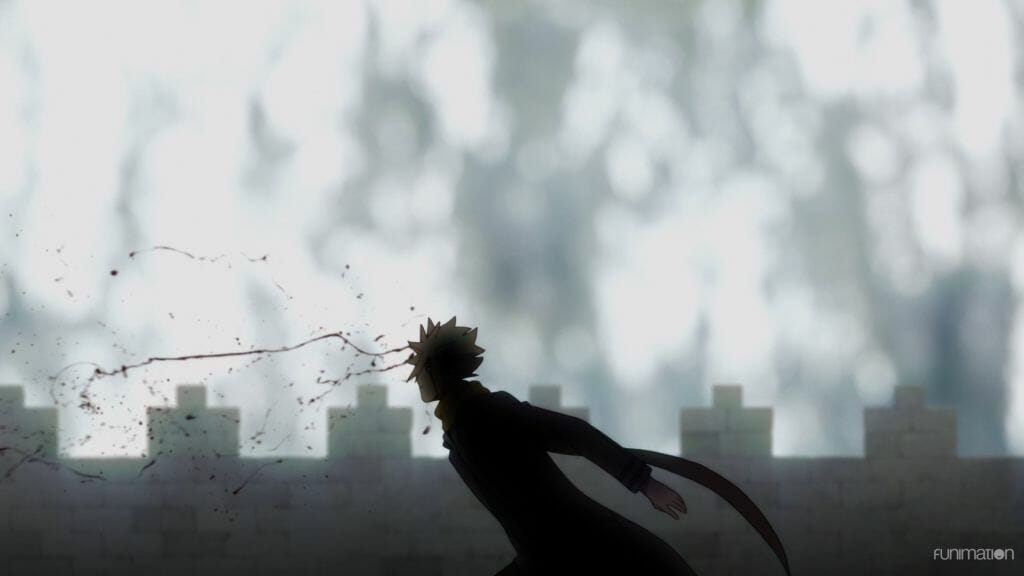 Samantha Ferreira: Definitely. And good lord, was that grisly.

Anthony Simpson: Yea, that was hard to watch.

Samantha Ferreira: They definitely didn’t pull punches this time around, either

Anthony Simpson: No they did not.

So I have to say the idea of the spinning tower in the waterfall was frightening.

It was devilishly brilliant if you think about it 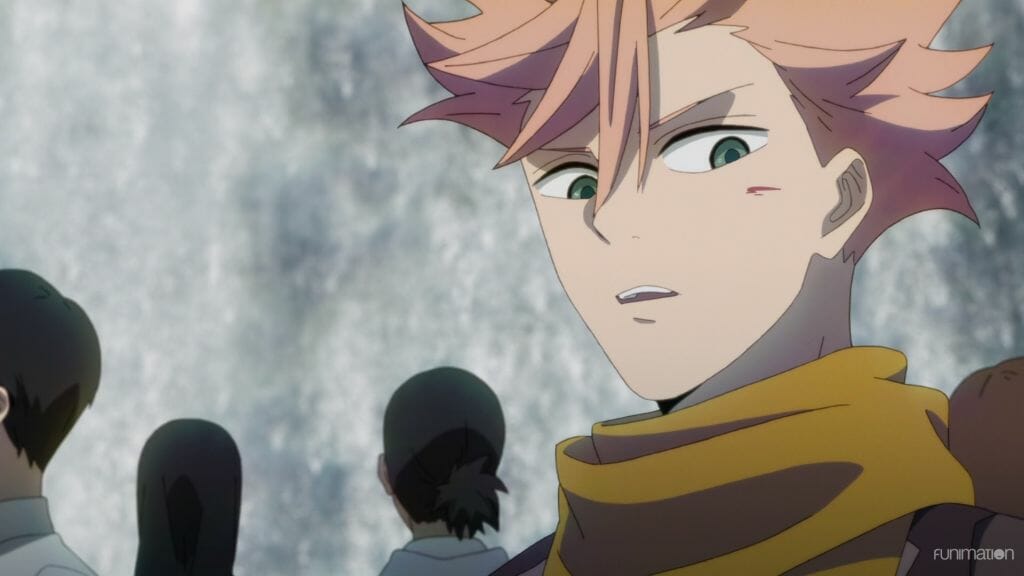 Anthony Simpson: It was. It makes that the killer would be doing the spinning of the tower and have a bot do the sniping. Considering that snipers in real life usually work in pairs although not quite like that.

Samantha Ferreira: Indeed. Not to mention the waterfall providing constant cover and misdirection since nobody would be able to tell where it’s coming from

Honestly, I kind of like how they portrayed it, too, what with the actual killer just crawling and unable to contain his own mirth. Like… they made it clear that this person was not right, at all

Anthony Simpson: He is all kinds of wrong in the head.

He was spouting some nihilism there in prison about life

To be honest, I’m kind of shocked that they put the guy RIGHT ACROSS from Sakaido 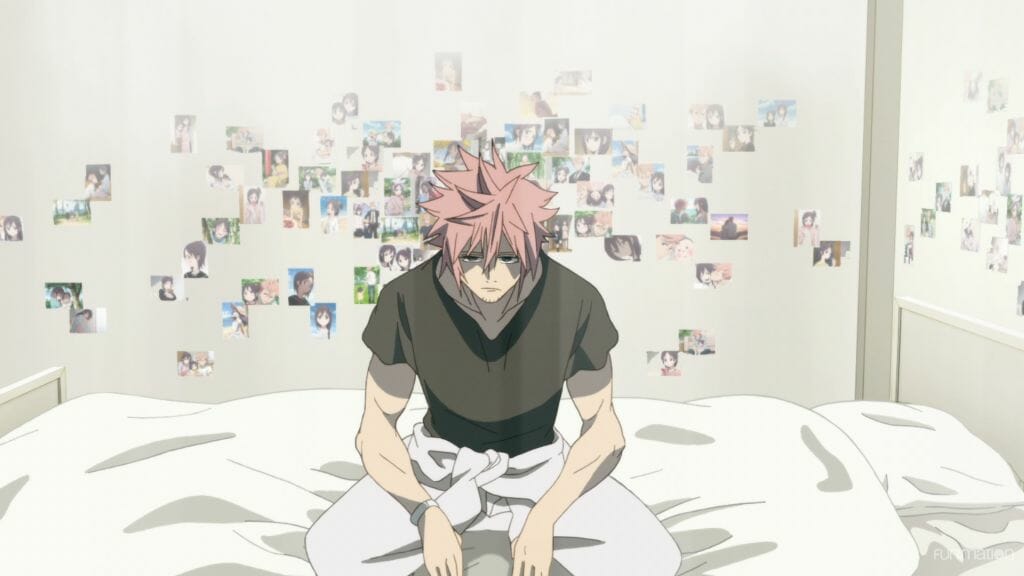 Anthony Simpson: I was thinking they said that Sakaido caused several killers to commit suicide. I don’t know if putting him there was intentional so that he could commit suicide.

Of course, I could be thinking too much into it.

Samantha Ferreira: I think we are… this could just be the product of an underfunded prison system

The Perforator seemed to be just chillin

Anthony Simpson: That could be. They spend the budget on the cells or they just happen to be fans of Oz.

So we learned more about wells this episode in that you can’t get into your own well or bad things occur. 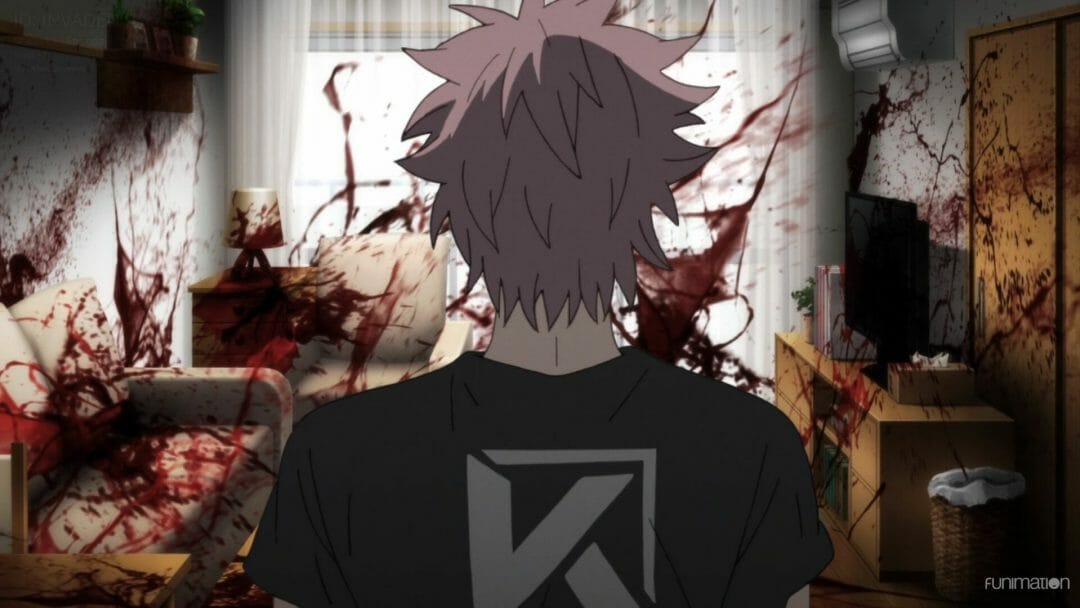 Or you can’t be aware of being in the well, at the very least

And they’re fun characters in themselves

Anthony Simpson: I really want to see more of them. At least rookie is going to be okay minus a part of her brain.

I’m wondering what will happen in that regard 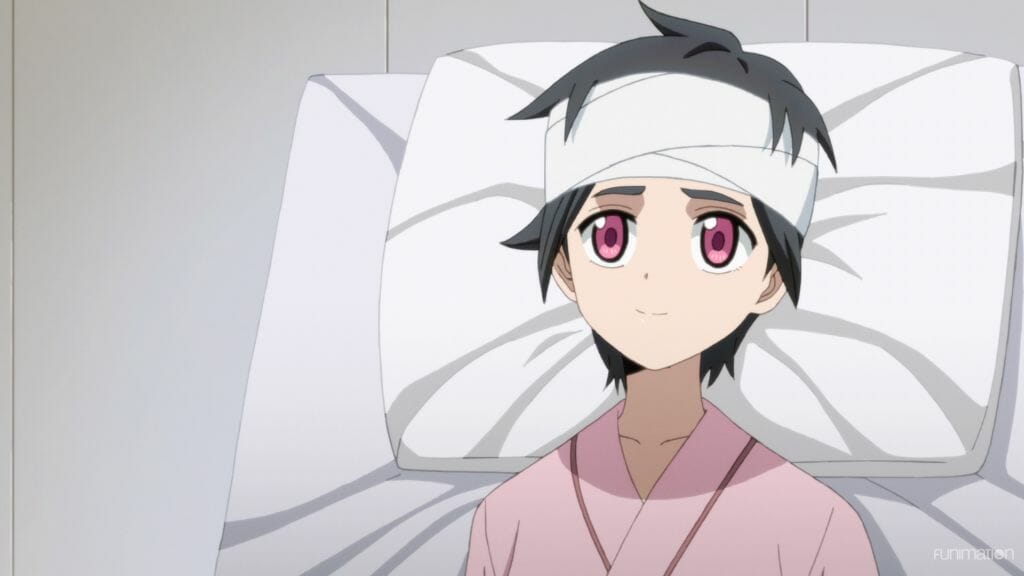 Anthony Simpson:I don’t know either. She did say her emotions were not effected at least in that regards.

Samantha Ferreira: I don’t buy that just yet

Samantha Ferreira: Something tells me she’s going to go down a very dark path, just going by the hints

Anthony Simpson: Yea I can see that happening.

Samantha Ferreira: It’ll be a big twist later on or something

Speaking of, it’s kind of interesting that Sakaido was originally a homicide inspector

And he has his own altered reality issue 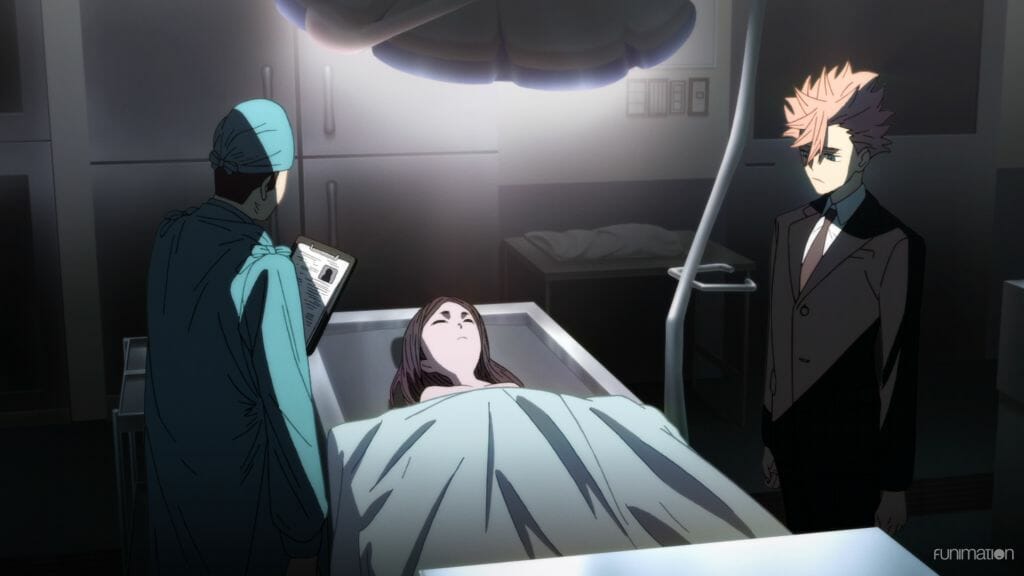 Anthony Simpson: Well I can imagine that coming home to find your family brutally murdered would do that to a person that diving into wells of killers and dying over and over again.

Of course, they also showed the killer flat out commit suicide onscreen which was beyond fucked in itself.

This is basically a series that doesn’t flinch at anything

Anthony Simpson: It doesn’t flinch and if I have to frank here I’m happy for that.

I mean if they are going to show someone ramming their head into a drill might as well commit and not hold back. 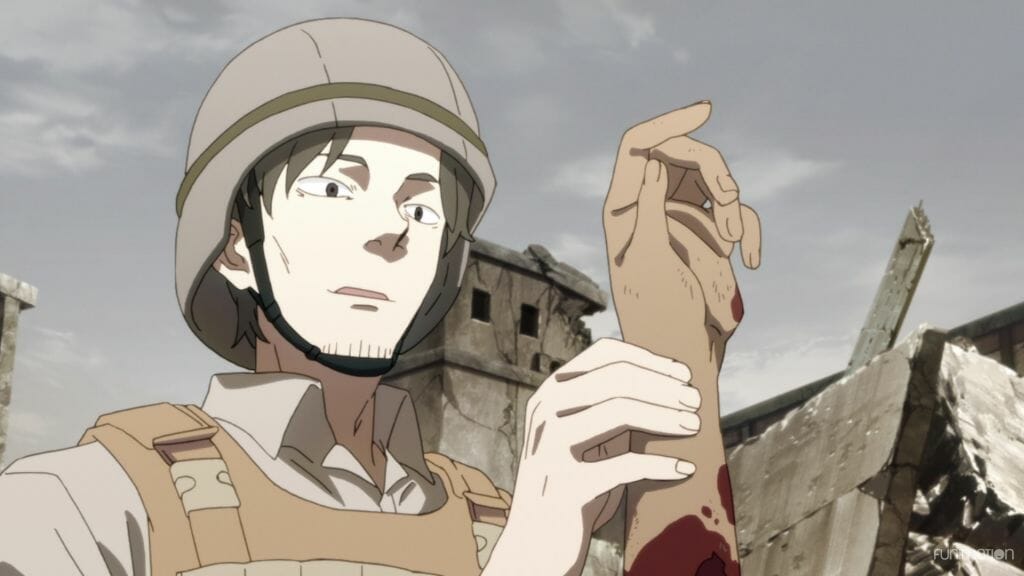 Samantha Ferreira: Indeed. I’m so glad to see that they’re willing to just dive right in. We’ve seen so many shows where they pull back at the last second

Anthony Simpson: Nothing for this week.

Til next time, though, remember: every mind’s a mystery waiting to be solved. 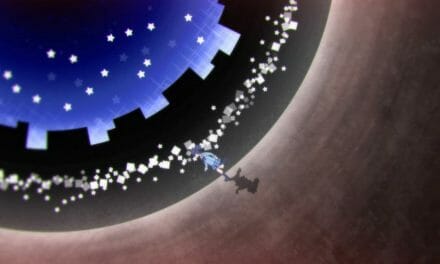 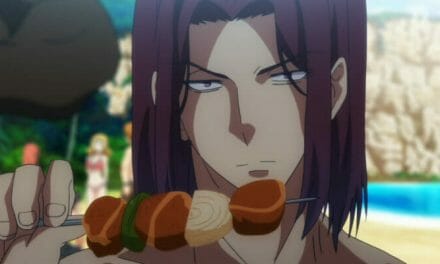 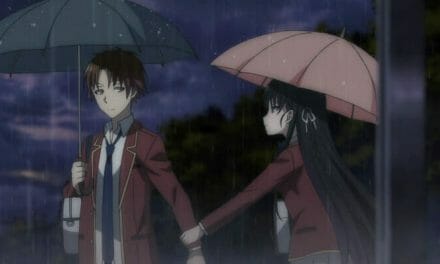 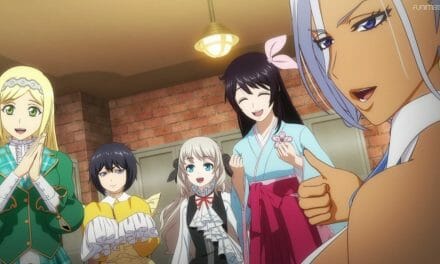