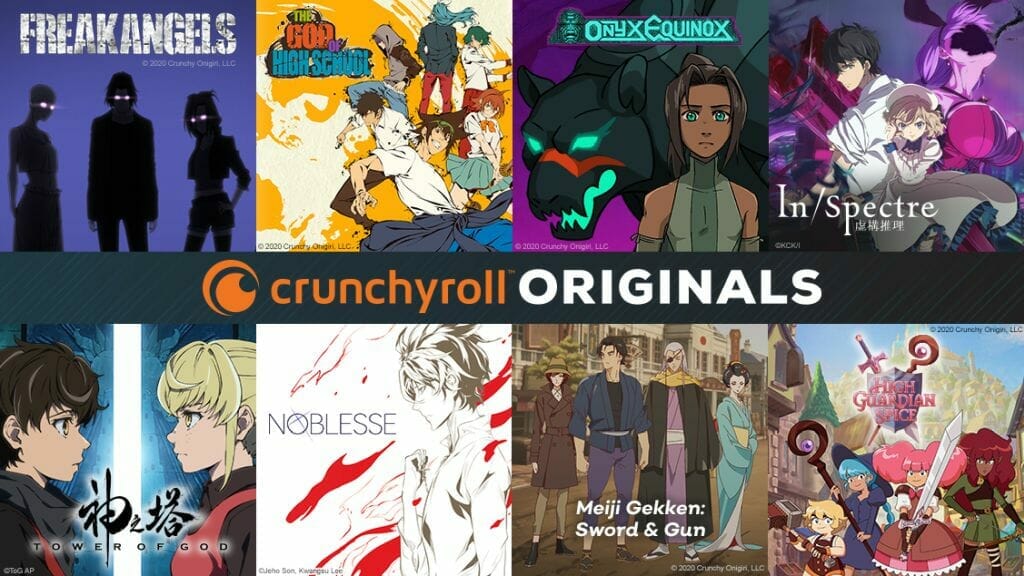 Earlier today, Crunchyroll announced that they launched their “Crunchyroll Originals” line of programming. The publisher will partner with publishers like Kodansha and studios such as MAPPA to produce original content. 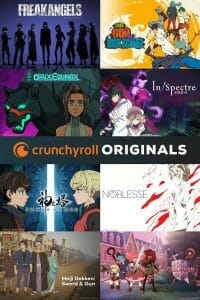 The publisher revealed eight titles as part of the inaugural lineup:

The publisher also streamed a 92-second trailer for the titles, which you can check out below:

In/Spectre is currently airing on Japanese television. Keiji Gotoh (Kiddy Grade, D.N.Angel) is directing the project at studio Brain’s Base, while Takatoshi Honda provides character designs. Noboru Takagi (Durarara!!, The Legend of the Galactic Heroes: Die Neue These) is in charge of series composition.

In this Crunchyroll Original, supernatural romance mixes with an enthralling, fantastical mystery, as a duo sets out to solve a series of dark incidents plaguing their world. Airing now on Crunchyroll. 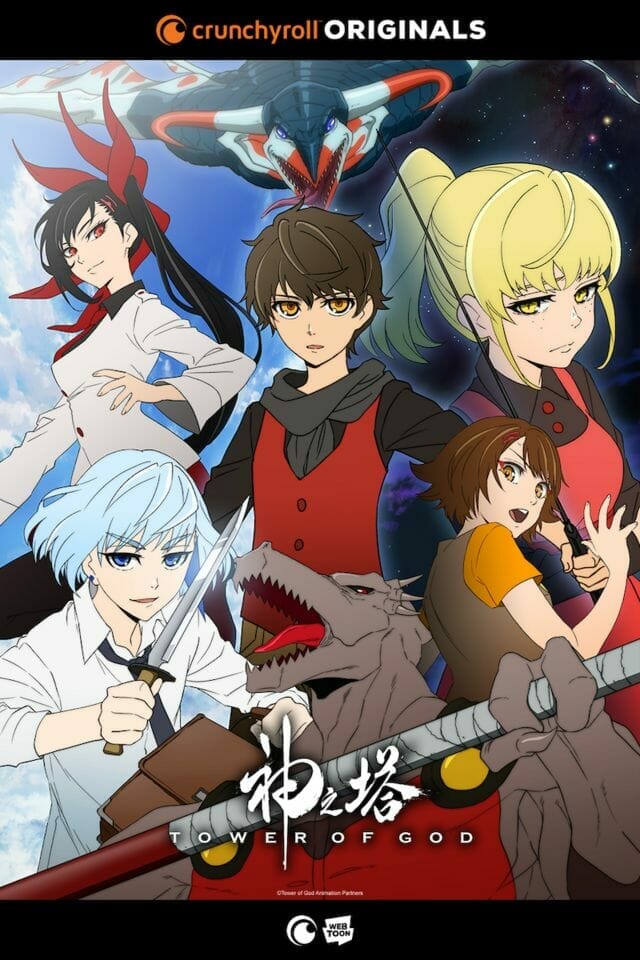 Tower of God is a co-production between WEBTOON and Crunchyroll, which is based on Sin-ui Tap’s manhwa of the same name. Telecom Animation Film will produce the series, which will see Sola Entertainment handling Production Management.

Onyx Equinox is a project from Crunchyroll Studios, which was created by Sofia Alexander. The series is slated to air in Summer 2020.

In this Crunchyroll Studios Production created by Sofia Alexander, a young Aztec boy is saved from death by the gods and chosen to act as ‘humanity’s champion,’ forced to discard his apathy toward his fellow man and prove humanity’s potential in a fight that spans across fantastical-yet-authentic Mesoamerican cultures.

The God of High School

The God of High School will is based on Yongje Park’s webtoon of the same name. MAPPA will animate the title, which will have Sola Entertainment handling Production Management.

A Crunchyroll Original, based on the comic series “The God of HIgh School” created by Yongje Park and published by WEBTOON, this action-packed series follows a high schooler and his friends as they compete in an epic tournament, borrowing power directly from the gods and uncovering a mysterious organization along the way… With the promise of their heart’s deepest desires, motivating their tournament victory.

Noblesse is a co-production between Crunchyroll and WEBTOON, which is based on Jeho Son and Kwangsu Lee’s comic of the same name. Production I.G. will produce the title.

A Crunchyroll and WEBTOON Production, based on the comic series “Noblesse” from Jeho Son and Kwangsu Lee and published by WEBTOON, this fantasy follows a powerful vampire noble who is thrown into modern civilization after 820 years of slumber. Dangerous adventures with his new friends await as they combat a secret organization and uncover his past.

Meiji Gekken: Sword & Gun will be produced by Crunchyroll Studios. The publisher describes the title as:

Japan, 1870. We follow an ensemble of characters – a former samurai, a yakuza bodyguard, a devious spy and a geisha assassin – as they try to find their place in the rapidly evolving Meiji-era while escaping the sins of their pasts…Inspired by historical events. A Crunchyroll Studios Production.

FreakAngels is based on Warren Ellis and Paul Duffield’s graphic novels of the same name. Crunchyroll Studios will produce the title.

After civilization comes to a sudden and crashing end, twelve 23-year-old psychics living in the rubble of London must check their wild impulses and discover their better angels in order to rebuild society. A Crunchyroll Studios Production based on the graphic novels by Warren Ellis & Paul Duffield.

High Guardian Spice is an original project from Crunchyroll Studios, based on a concept by Raye Rodriguez. The series was first announced in August 2018, and features Audu Paden (Animaniacs, Monster High: New Ghoul at School) serving as Supervising Director. The project will feature an all-female writing room, which includes story editor Amalia Levan and writer Kate Leth.

In this Crunchyroll Studios production created by Raye Rodriguez, four fierce girls train to become great heroes at High Guardian Academy, where they form allegiances, uncover betrayals, and discover their true identities, while preparing to protect the world from an ominous unknown threat.

Crunchyroll has co-produced more than sixty series since 2015, including A Place Further Than The Universe and The Junji Ito Collection.