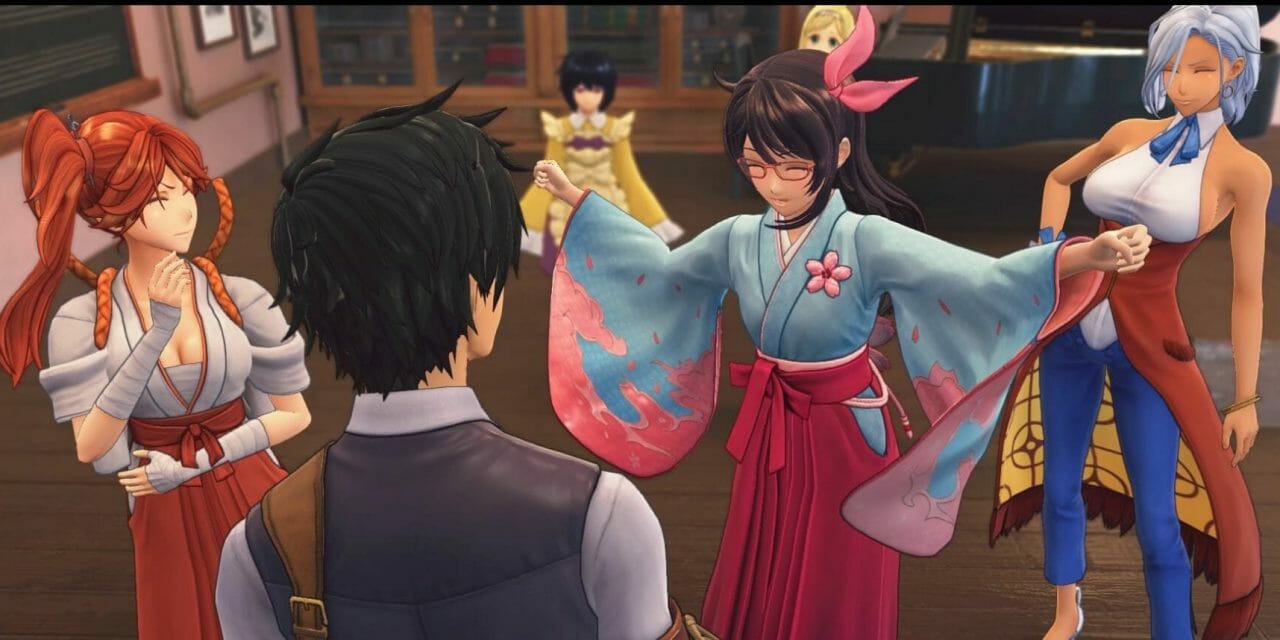 Note: In compliance with our posted Statement of Ethics, we would like to disclose that this article was written with the aid of an advance copy, provided by Sega of America.

On a sweltering July morning in 2002, countless reporters from all walks of life gathered in a conference room at the Tokyo and Akasaka Prince Hotel Goshiki to hear the latest news from the famed Sakura Wars franchise. The Imperial Combat Revue seemed unstoppable at that point: Sakura Wars 4 launched to sales success just four months earlier, and fans across the nation were eager to hear what was next for the franchise.

On that day, Sakura Wars creator Oji Hiroi took the stage to announce the series’ next phase. “Today is the dawn of a new Sakura,” Hiroi said, his words lifting with pride, “I am convinced that as the director of Sakura Wars, I am confident that this series can be accepted by people around the world.”

Sega went on to announce the Sakura Taisen World Project: an initiative that would introduce the Flower Division to fans across the globe. With a swath of new entries planned, from a modern re-imagining of the adventure that started it all to a brand-new adventure in New York, Hiroi hoped to share his vision with fans across the globe.

Sadly, this was not meant to be. 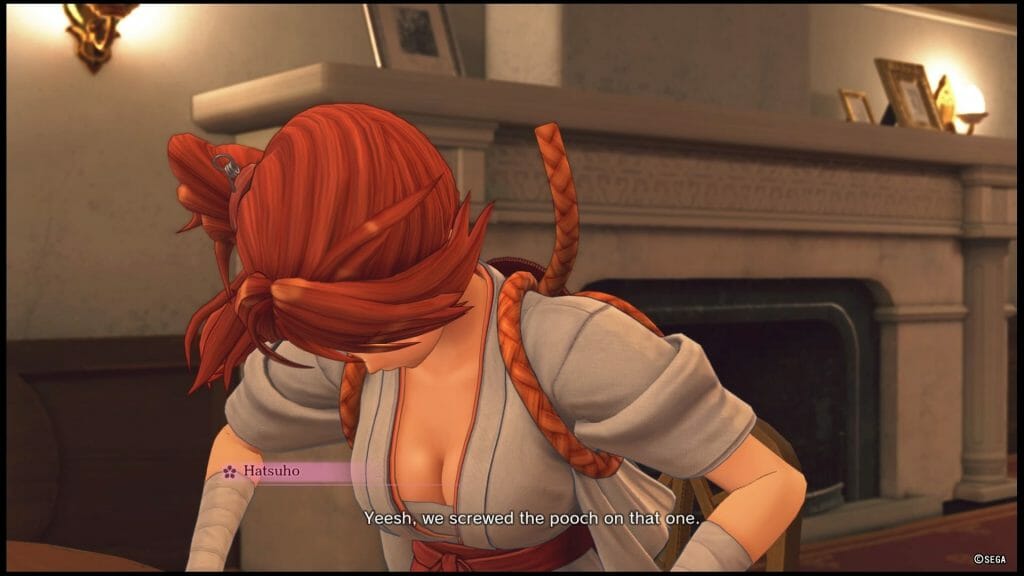 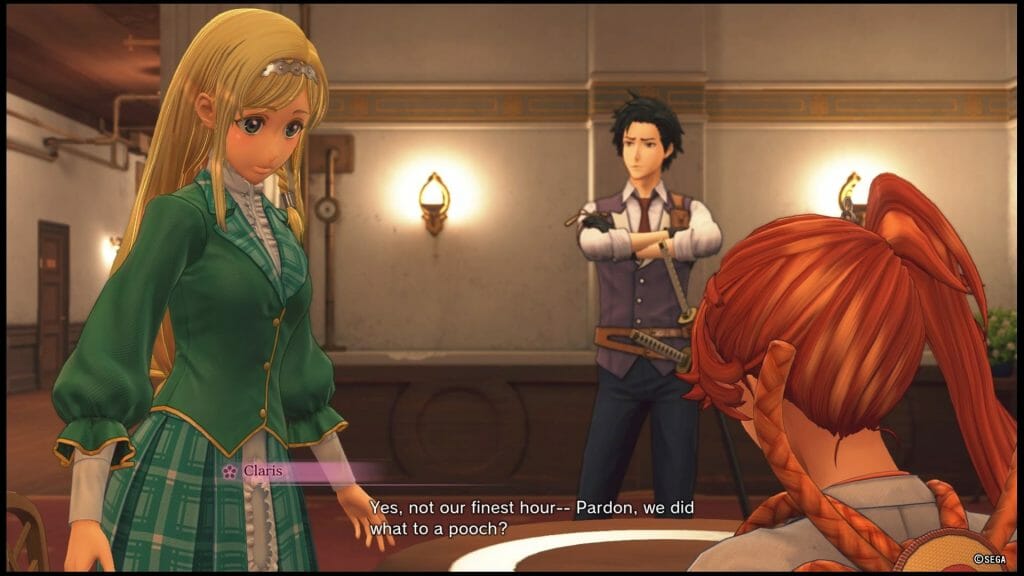 One by one, the titles that were made for the globe to enjoy would find themselves trapped in their home market. All the while, sales began to dwindle. By the time Sakura Wars: So Long, My Love hit the market in 2005, the air was one of utter fatigue as it limped to just 144,600 sales: a mere fraction of the 235,622 copies sold by 2003’s Sakura Wars: In Hot Blood.

While So Long, My Love did ultimately make its way to North America, its 2010 release failed to meet the modest expectations of publisher NIS America. “It took more than two years to complete the localization,” remarked NIS America president Haru Akenaga in an interview, “[…] more than the development time of the Japanese version.”

In the decade that followed, the series would sink into obscurity, its memory kept alive by its most ardent fans. While its luster faded, the Imperial Combat Revue lived on within those who held it deep within their hearts. 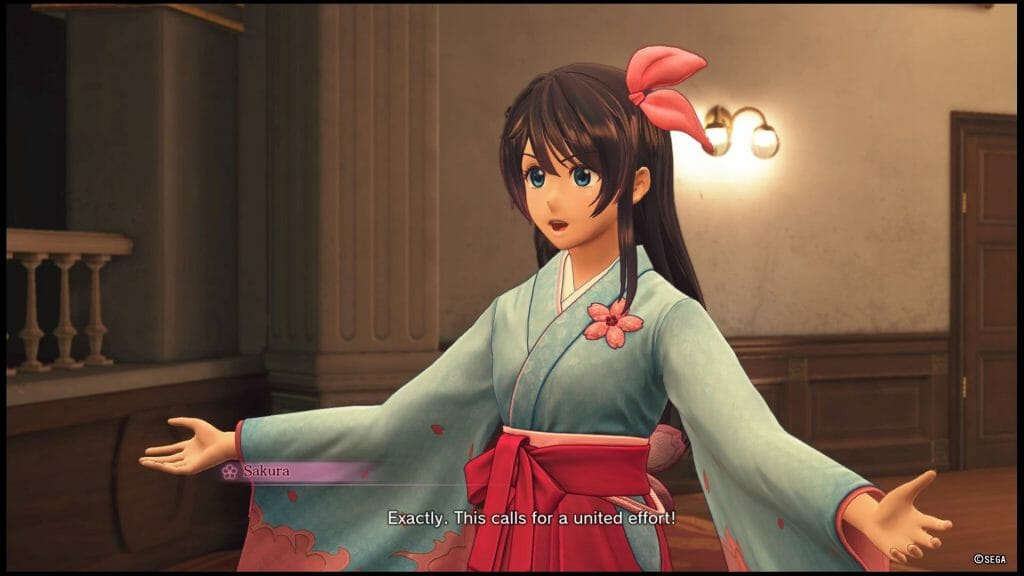 Fittingly, this is also where Sakura Wars’ latest game begins.

Historically, the Imperial Combat Revue served as a bulwark against demonic evils that descended upon Tokyo. From their base at Ginza’s Great Imperial Theater, the Revue’s celebrated Flower Division would bring light to the hearts of the citizens onstage. Offstage, the troupe would take to the battlefront, engaging in direct combat with the Kouma that threatened the nation with the help of steam-powered mecha. 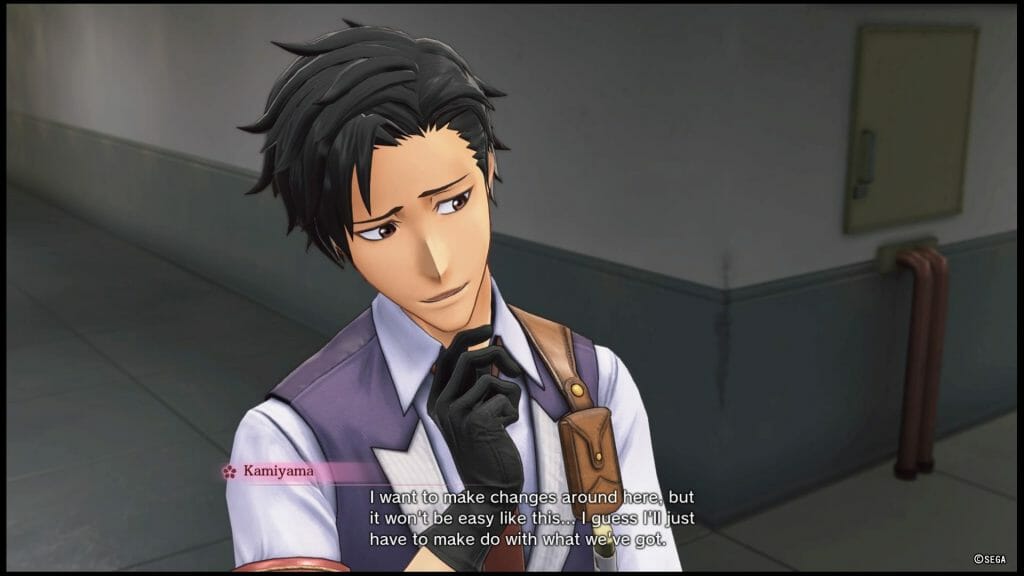 The new entry places players into the shoes of Seijuro Kamiyama: a Navy ensign who arrives at the Great Imperial Theater to head up the newest generation of the Imperial Combat Revue’s Flower Division. And, while the initial impression is one of luster and opulence, it quickly becomes clear that the Revue has seen better days.

The signs of neglect and age are apparent throughout the Great Imperial Theatre. The carpets are faded and matted, and plaster crumbles from the trimmings of the walls. Mirrors sit, unused and covered, and personal chambers that once teemed with life are now bare and silent. Even the very stage that once bore icons like Sumire Kanzaki, Sakura Shinguji, and Maria Tachibana is marred by scuffs, dings, and scratches.

The stars that lent their radiance to the revue are long gone, having disappeared during the Great Kouma War. In their place is a gaggle of newcomers with everything to prove against a world that knew little and cared less about their predecessors’ finest moments.

The revue’s coffers ran dry as sponsors, Kanzaki Heavy Industries, and even the government lost faith in their operations, to the point that the new Revue has barely managed to prevent even minor attacks as they defer their duties to the powerful Shanghai Combat Revue. 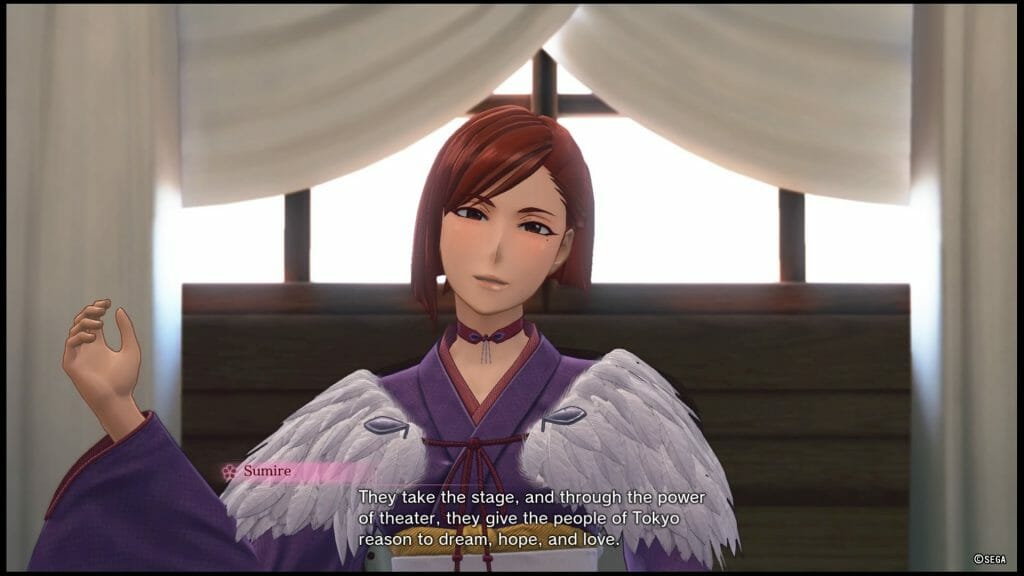 Kamiyama is the Imperial Combat Revue’s last hope. Their very survival rests on his shoulders, with the World Combat Revue Games looming as a final chance to grasp glory.

While eternal diva Sumire Kanzaki doesn’t exist in our world, it’s not hard to see her spirit in Takaharu Terada, who pitched new installments for the series every single year since 2007, or Kohei Tanaka, who has worked behind the scenes since 2008 to help make these pitches come to life.

Like the new Imperial Combat Revue, this new generation of creators faces a vastly different world from their forebears. Writer Jiro Ishii and character designers Tite Kubo and Masafumi Kudo found themselves in an environment where visual novels like Fate/stay night and Steins;Gate have redefined in-game storytelling, and hybrid works like Ace Attorney and Danganronpa have been shaping expectations for years. 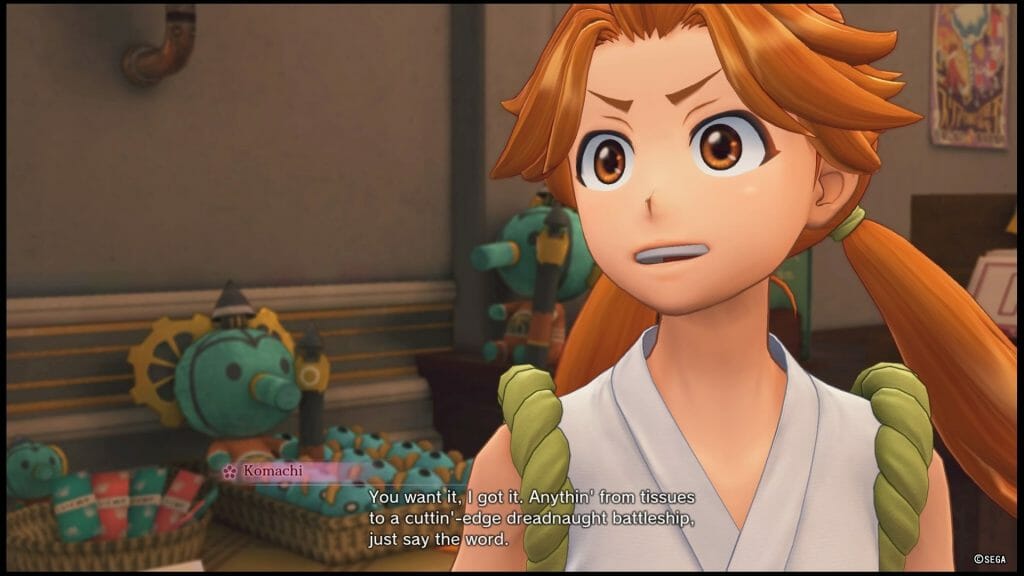 Thankfully, they’re not going it alone. Sega’s offices around the world can be likened to the Wind Division, supporting this new project with everything they’ve got  and paving the way for itssuccess in a world which  likely hasn’t even heard of previous legends like Sakura Shinguji, Erica Fontaine, or Gemini Sunrise. Every day, though, they’re working from behind the scenes to bring as many people to the series as they possibly can.

Acclaimed translation company Inbound Games can be likened to the grumpy Reiji Shiba, as they polish the English release to a mirror shine. Much like Shiba’s tinkering and innovations with stage props, the studio was able to produce a masterful translation that ensures quirks like Hatsuho’s no-nonsense tough-talk, or Kaoru’s adoration of Sumire masked by professionalism, are carried through to players new and old alike. 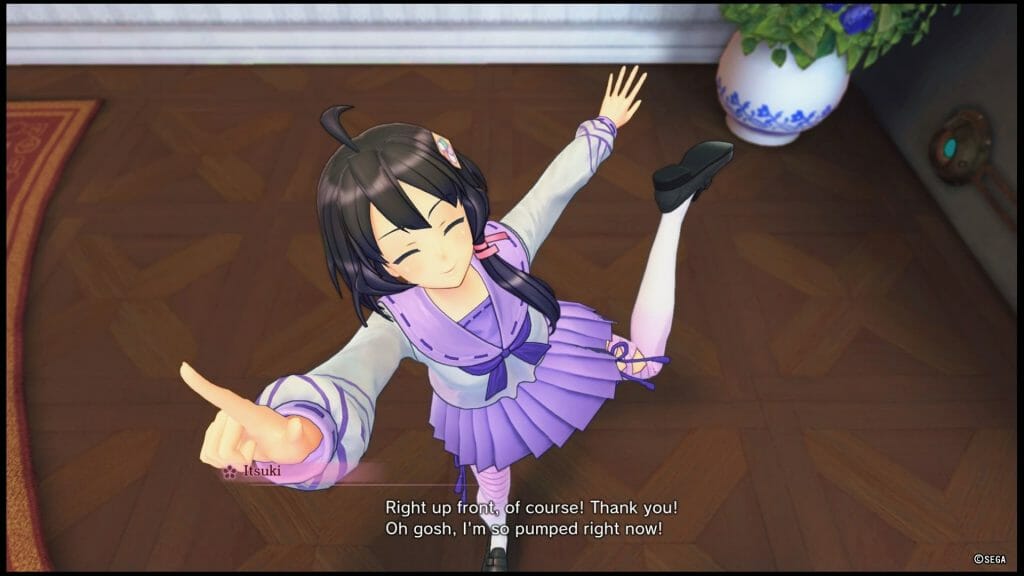 Moreover, the team has the backing of dedicated fans the world over. Much like Itsuki Saijo, who gushes endlessly about the combat revues of old, fans across the globe are all too eager to offer their kindest words and encouragement to a team which is tasked with doing the impossible.

The team has certainly risen to the occasion. Just as Imperial Combat Revue rose from the ashes to compete in the World Combat Revue Games, the team at Sega have brought their A-game to the project. Taisho-era Tokyo glimmers with the promise of a new tomorrow. The writing is snappy, the characters are sharp, and the story is something that could have easily sprung from the imaginations of the franchise’s founding members. 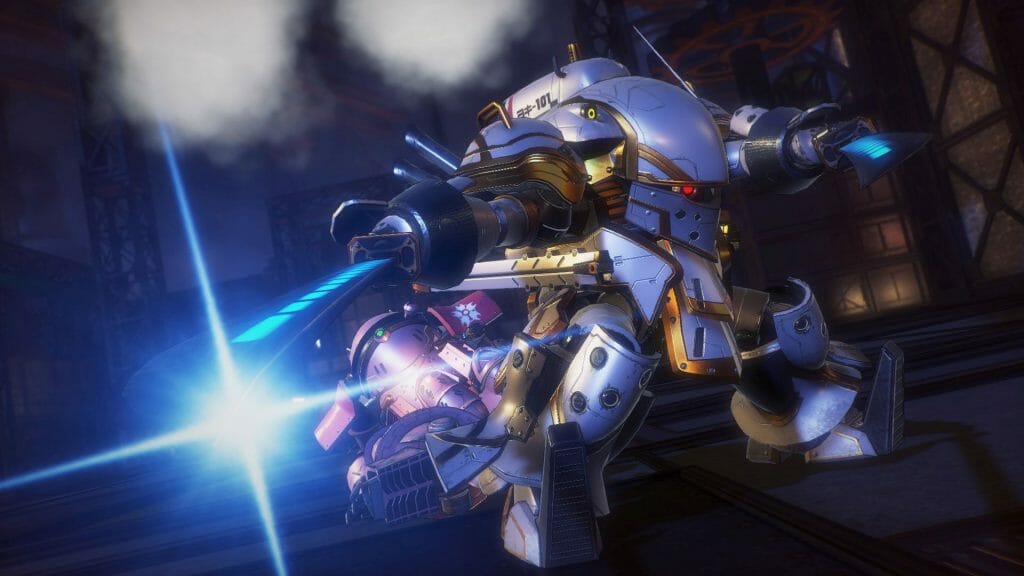 The battle segments, which pull away from the franchise’s roots in favor of fast-paced, action-heavy combat, feel as though they were meant to follow in the footsteps of Oji Hiroi’s legacy. In the early days of developing the first Sakura Wars, Hiroi famously expressed a desire to make the title “play like an anime.” As the Imperial Combat Revue’s Kobu carve through wave upon wave of pot-bellied robots and shrieking demonic entities, one would be hard-pressed to argue that the team hasn’t come close to reaching that goal. The Kobu units are speedy and responsive, and slicing through wave upon wave of the encroaching evil genuinely feels good.

For the first time since 2002, it feels as though the spirit of the Sakura Taisen World Project is alive and well. Sega’s preparing to welcome an all-new generation, and Oji Hiroi’s dream of bringing the Imperial Combat Revue to fans across the globe is finally coming true. With an energetic new team at the ready, this iconic franchise has never been more ready to take center stage and show the world that it can still throw down, all these years later. 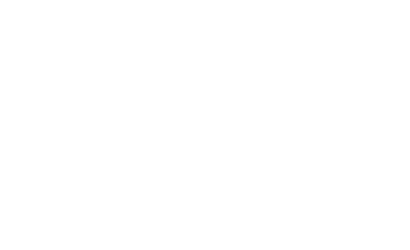 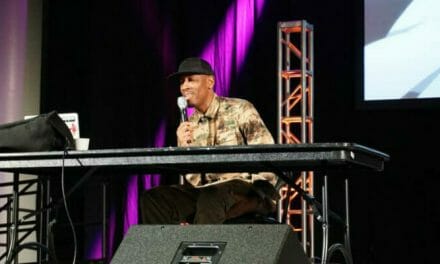