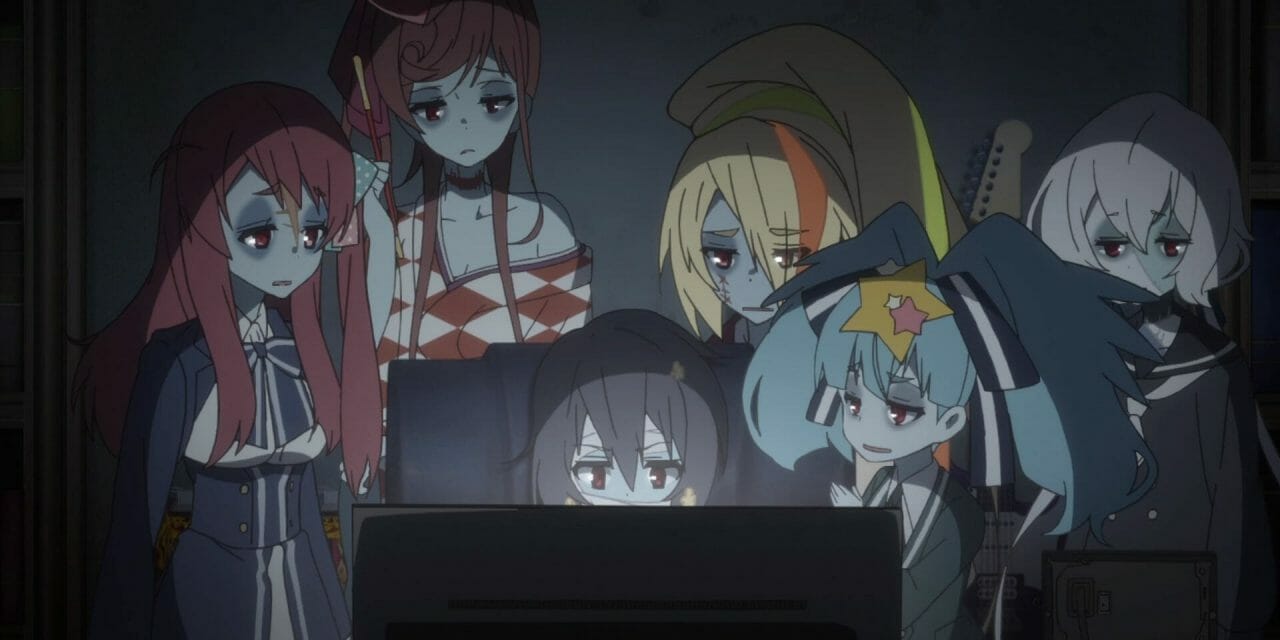 Samantha Ferreira: Hi everyone, and welcome back to the Herald Anime Club! I’m Samantha, and I’m here with Anthony and L.B.

Samantha Ferreira: Tonight, we’re heading back to Kyushu for more undead idol fun with Zombie Land Saga’s sixth episode: “The one with the low-key discussions of crowdfunding”

L.B. Bryant: I remember when I first watched this series, this was the episode that started to pique my interest much more. I was just kind of “along for the ride” up until this point.

Samantha Ferreira: For me, it was the one that really made me appreciate the characters – where they finally became something more than fun archetypes.

Anthony Simpson: I have to agree Sam. Once we got the backstories of Ai and Junko and especially their completely different viewpoints on idoldom. 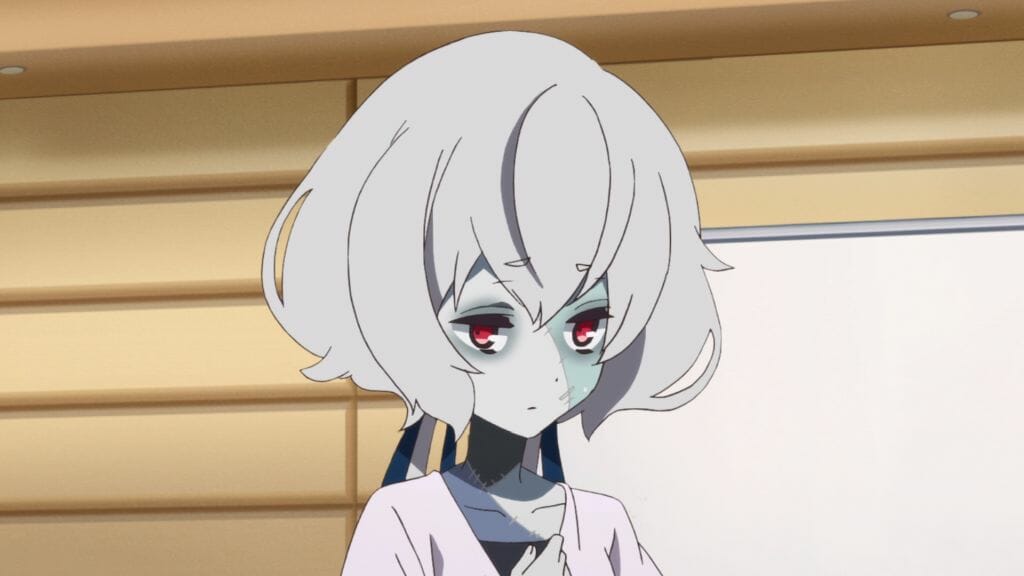 I mean, this is where you start seeing the generational element play in. Since the Showa era was from 1926 – 1989. Junko was probably in her prime in the ’60s, when things genuinely were different

Anthony Simpson: Junko not wanting to interact with fans showed that front and center.

Anthony Simpson: I have to say one thing I really enjoy so far with the cast is that with the exception of Ai and Sakura all of the girls being from different eras and how their minds sets are products of that time period.

Samantha Ferreira: Indeed. And even then, Sakura and Ai are from vastly different parts of the same period.

Ai was at the peak of her career in the beginning, while Sakura was just a fan trying to make her debut. The dynamics at play have been great, there.

On a random note: Lily’s wearing an awful lot of pink, blue, and white lately. I wonder if that’s building up to something. 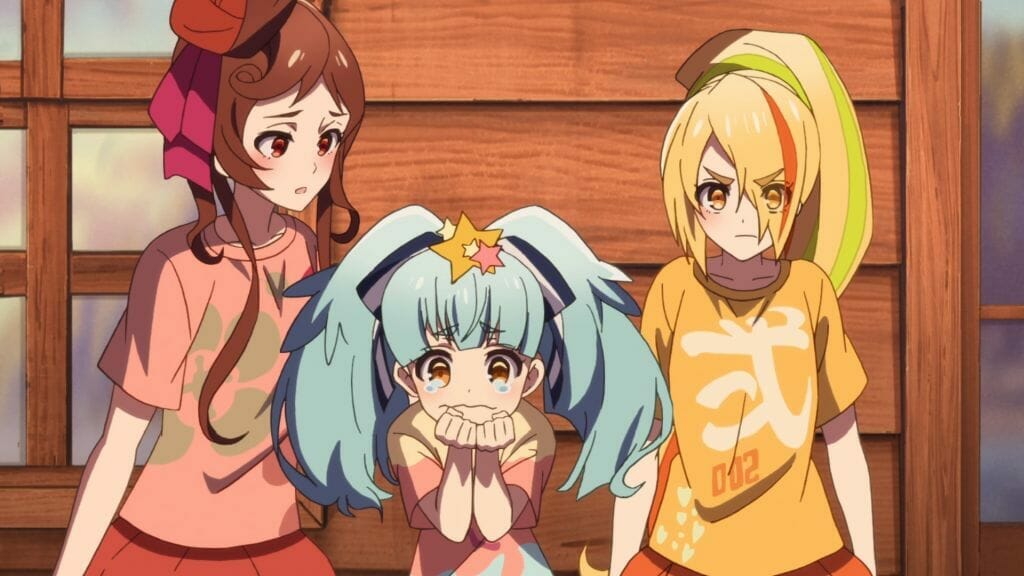 Anthony Simpson: I’m sure it’s not leading up to some big reveal later on or anything like that, must just be a coincidence.

(Spoiler: I know what it is for)

Samantha Ferreira: I’m sure it’s nothing. :0

Back on topic: I’m still kind of amazed that they showed Ai getting fried by lightning to that degree

Anthony Simpson: That was. Likely I didn’t expect them to show her after she got hit. I excepted them stop after the bolt was show from outside the arena.

Samantha Ferreira: I honestly forgot about that, and just went “Holy shit D:”

Anthony Simpson: Then again, I should have excepted this since we saw Sakura get run over by Truck-kun in the 1st episode 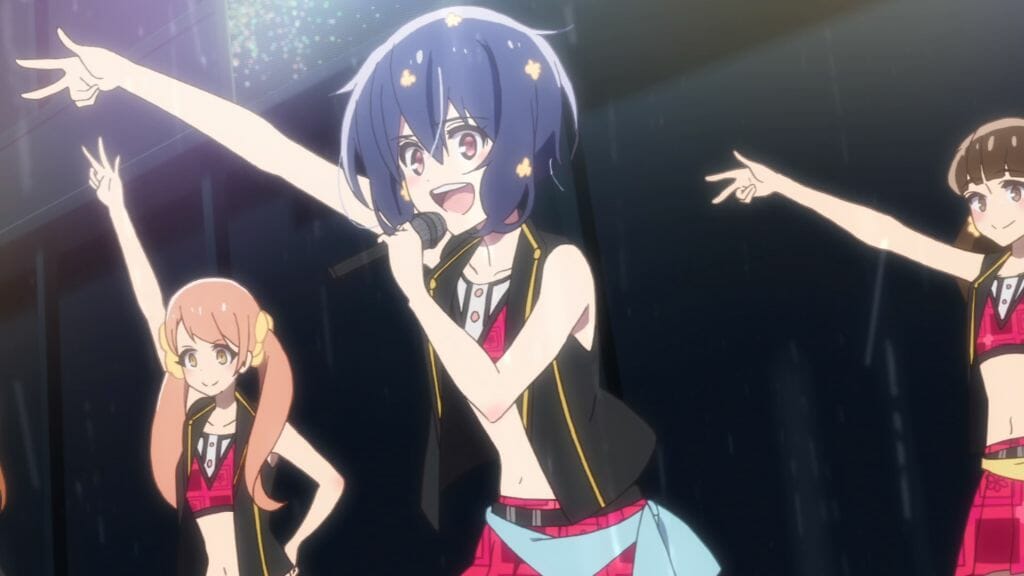 Anthony Simpson: Getting off the topic of grisly death Tae Yamada once again stole the show again with bath scenes

Samantha Ferreira: Oh god yeah. That was the best

Poor Kotaro… forced to bathe with detergent and soy sauce

Anthony Simpson: I laughed when Tae brought them those in. 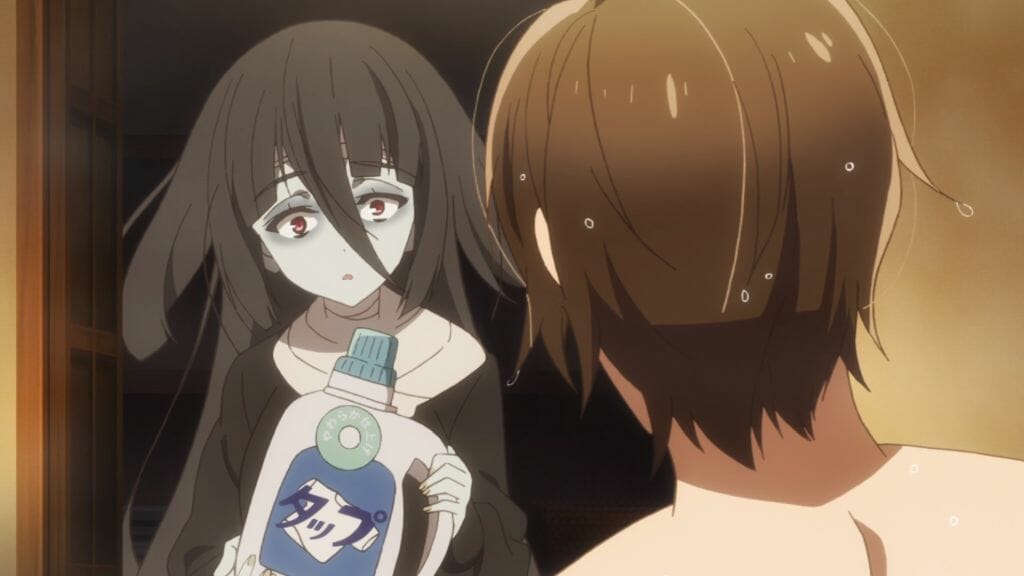 Samantha Ferreira: She continues to prove why she’s the best

Anthony Simpson: Outside of Tae Yamada Saki is my second favorite character of the show.

Samantha Ferreira: Yugiri’s an amazing bit character. She just runs with everything 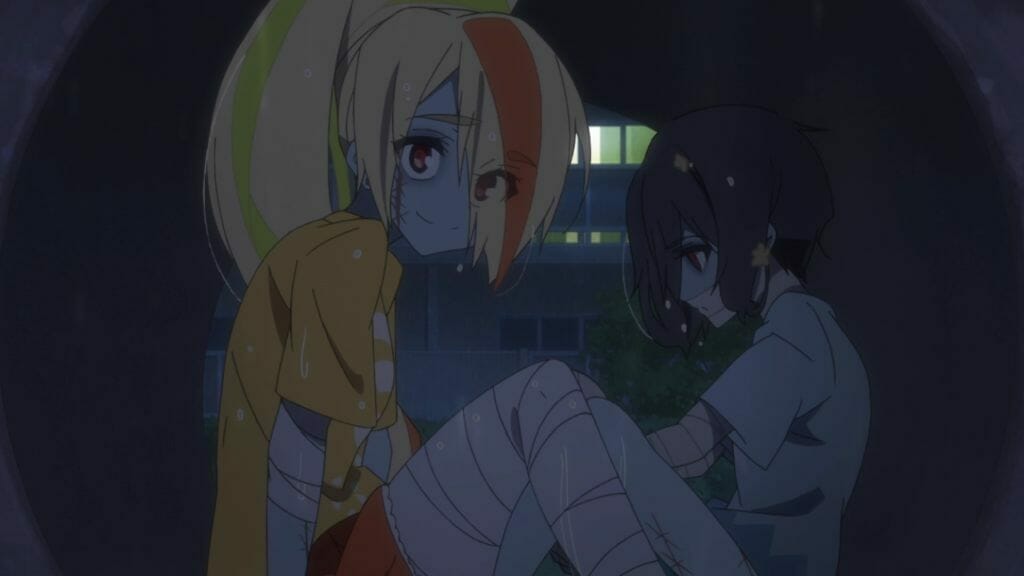 Anthony Simpson: Everyone is great. When Kotaro isn’t an ass he is great

Samantha Ferreira: His pathetic “Heeeey… anyone out there? D: We’re out of shampoo” was hilarious

Anthony Simpson: Looking forward to what happens next week.

Samantha Ferreira: Same… next week will be the second half of a two-parter, so that’s fun.

Samantha Ferreira: Anyway, that’s all the time we have this week. Til next time, remember: Soy sauce is not a substitute for shampoo 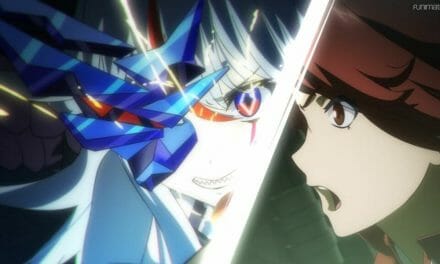 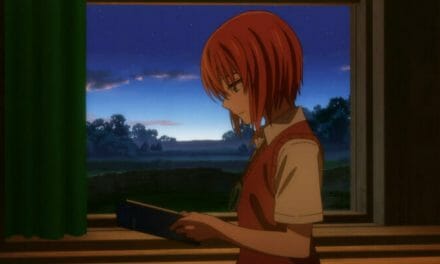 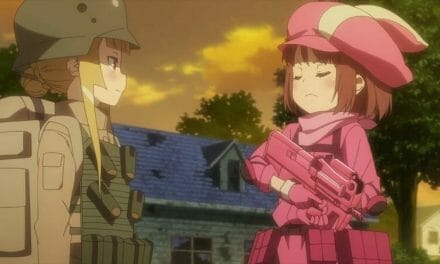