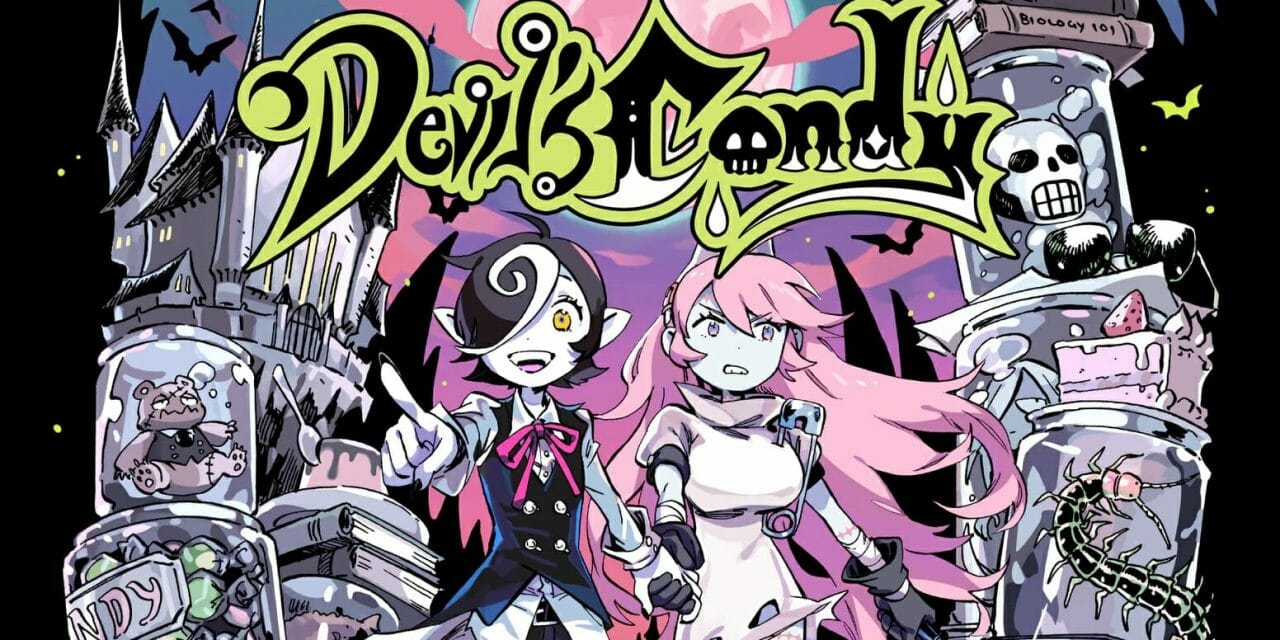 Devil’s Candy was only a contract away from being published as early as 2003. Eighteen years later, it’s finally on bookstore shelves. This long-overdue release has new fans both new and old excited to see more people discover Devil’s Candy’s kooky universe, and proud to see how far its creators, Rem and Bikkuri, have come.

It’s nothing short of miraculous that the first chapter of Devil’s Candy was finished in time for its creators—Rem and Bikkuri—to submit it to Tokyopop’s inaugural Rising Stars of Manga competition. Not only were the artist-writer duo (later romantic partners) both college students at the time, but they hadn’t so much as heard of the competition until only about two weeks before the deadline. “Honestly, I barely remember anything about it! It took almost a week to get layouts and character designs and everything sorted, so I barely had any time to draw the actual twenty pages of comic,” recalled Rem about those two weeks. “I spent a lot of time at our dining table drawing and I don’t think I got much sleep…” Bikuri added. “I think it took less than a day for me to write it since Rem already had the concept. It was like a party for me, watching it come together.”

In 2021, mentions of Tokyopop’s infamous Rising Stars of Manga competition are synonymous with “how not to write a contract” and “making creatives hate you 101.” But in 2002, those controversies were still a few years on the horizon. The siren song of a cash prize, a spot in a published anthology, and the opportunity to pitch their series for a full release by Tokyopop was sweet enough to lure more than 500 starry-eyed manga-lovers hoping to use it as a springboard into the comic industry. And of those hundreds of entries, Devil’s Candy—which the judges would describe in the anthology as “luscious” and “absolutely bursting with energy”—was dubbed the winner. “There weren’t a lot of strong manga-styled artists in America back then…or at least, not a lot that I knew of, so I thought we had a really good shot as long as my writing wasn’t complete garbage,” said Bikkuri. “So I wasn’t too surprised when we won, but I was surprised by how much they praised the work.”

The judges weren’t the only ones impressed by Rem and Bikkuri’s work. Their quirky, high-octane adventure about a genius young imp whose school project—a high-kicking, cake-loving girl in a nurse outfit that he created à la Frankenstein and his monster—saves their school from a rampaging teddy bear, immediately caught the attention of countless manga fans. More than ten years later, many of those same fans would continue to talk about how much they fell in love with Devil’s Candy’s unforgettable twenty-one pages in Rising Stars.

UH WOW i found the original devils candy rsom pages…!?! I THOUGHT I THREW THEM AWAY LMAO…!! pic.twitter.com/P6q4YiQoij

The weeks and months following Devil’s Candy’s win would be pivotal. Being the first winners of this contest, Rem and Bikkuri had the potential to not only be immediately propelled into the manga/comic industry, but also to set a massive precedent—to be a success story that Tokyopop could use to promote more entries in future iterations of their contest. And while the result of their win would foreshadow a noteworthy piece of Tokyopop’s future, it certainly didn’t do so in the way that Tokyopop was hoping; Rem and Bikkuri turned down the offer of a “full-length” (three volumes, probably) release for Devil’s Candy because they didn’t like the contract they were offered. Years later, Tokyopop would fall from grace and their contracts would become the source of a lot of controversy.

Even with a full release for Devil’s Candy off the table, Rem and Bikkuri found other ways to keep themselves busy in the manga/comic industry in the following years. Rem would go on to do art for other projects like Vampire Kisses, Bikkuri would find work as a voice actor and ADR script writer in the anime industry, and the two collaborated on a few more projects such as Kodansha’s first Morning International Comic Competition winner, Kage no Matsuri. “We were actively pursuing publishing deals for years after Rising Stars, so we pitched different concepts to several publishers in the US and abroad,” recalled Bikkuri. “The series I had the most faith in was Folie à Deux, which I had written about two volumes of and Rem had made a ‘proof of concept’ chapter that we were shopping around. That ended up getting published in Shonen Jump in the US and Shonen Jump+ in Japan, but we never continued the series after that.”

Although that first Rising Stars of Manga anthology had collected plenty of dust by the early 2010s, Rem never forgot about Devil’s Candy. “I really, really loved the concept and the characters for Devil’s Candy… and despite the fact that no one in the industry that I pitched to seemed interested I still had a lot of faith in it. Like, ‘why can’t you guys see how great this is?!’ So after getting burnt out by working on projects that weren’t my own, I just wanted to self-publish and put my full heart into this thing I still cherished.” 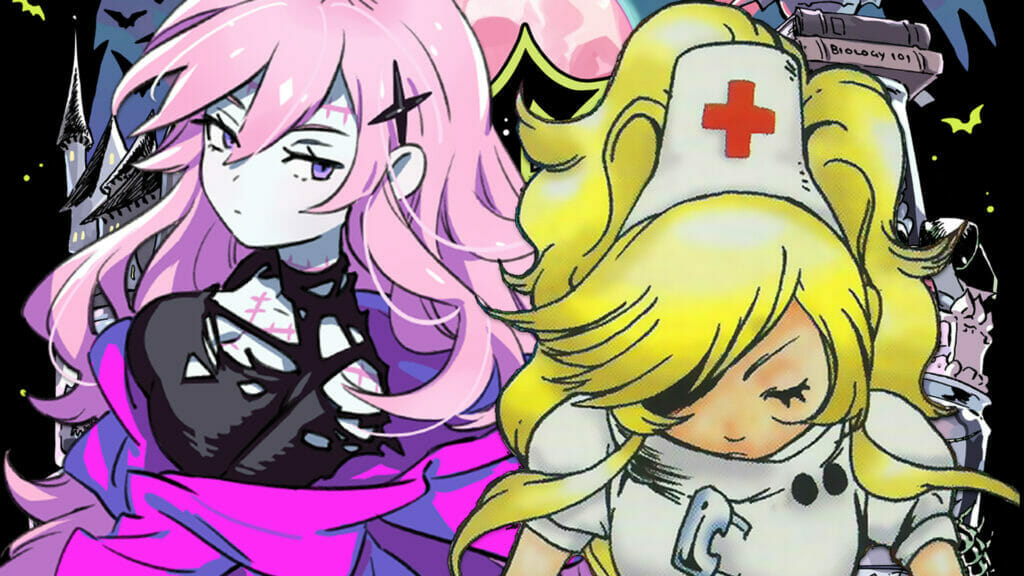 Looking back on this period, Bikkuri said “Rem had just finished 3 volumes of Soulless and my work in the anime industry was going fairly well, so we had enough financial stability to work on a webcomic without any promise of immediate returns. We’re pretty picky about what contracts we sign, so it made sense that we’d want to do something completely on our own terms, given the opportunity”. Bikkuri had developed a concept for a webcomic called Zero Sum and, with seven chapters written, decided to float the idea by Rem. “It was morbid, but really silly and was intended to be something that Rem could produce quickly and easily. She went in the total opposite direction and wanted to go back to Devil’s Candy, which really blindsided me. I thought the old Devil’s Candy scripts I had written were pretty rotten, so I had to rework the entire thing. It was difficult, because I really hadn’t intended to go back to it, so I didn’t have a clear vision for what I wanted from the series… at least not immediately. I’m very happy with where we are now, but I really had to change gears.”

Fast forward to December 2013, Rem launched an official tumblr blog to promote a still-in-progress webcomic reboot of Devil’s Candy. Word had quickly spread to several old-school fans, who were eager to voice their excitement. “I am constantly shocked at how many people know us from Rising Stars. It must have been a bigger deal than I thought,” said Bikkuri. “It seems like the book was in a lot of libraries or something? Anyway, I’d be perfectly happy if it was erased from everyone’s memories.”

Several months of teasers and excited fan messages later, the official launch of the new version of Devil’s Candy happened on October 20, 2014—almost twelve years after the two highly caffeinated weeks spent making the first version of the first chapter. While the heart and concept still remained the same, the new version is undeniably elevated from the original—the art, the writing, the humor, the stories, everything has a new coat of polish that the original, while charming, simply never had. The rampaging teddy bear, for example, was no longer wreaking havoc on Hemlock Heart Academy; it was now a monstrous amalgam of other science project girls, assembled by the protagonist’s chaotic new classmate in a scene that’s best described as, in Bikkuri’s words about the new tone of Devil’s Candy overall, “indulgently stupid.” 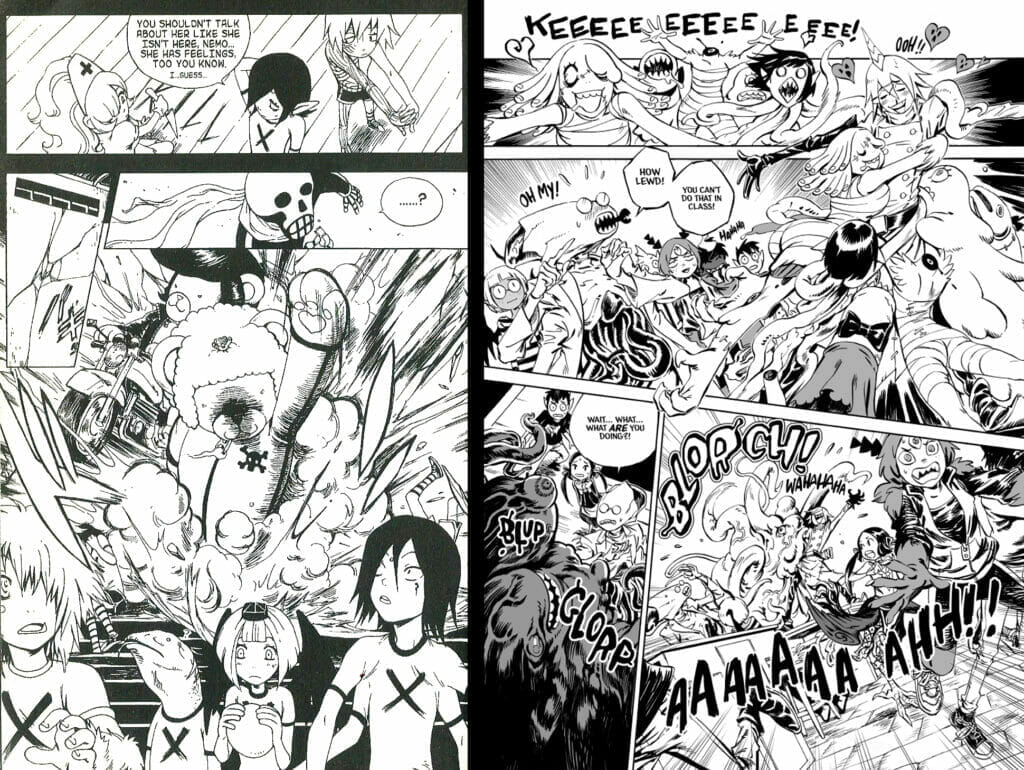 Almost seven years after its (re-)release, Devil’s Candy boasts hundreds of completed pages and bi-weekly updates. While it’s impossible for its fanbase to quantify their love of Devil’s Candy in numbers, that more than two thousand people raised upwards of $120,000 to kickstart the printing of a physical first volume and artbook for Devil’s Candy in 2019 stands as a powerful testament to how beloved this comic is. That it would soon land on the radar of a much larger manga publisher therefore comes as no surprise.

And that brings us to November 20, 2020, the day Viz Media announced that they’d be bringing Devil’s Candy to bookstore shelves in summer 2021. Seventeen years, the entire lifespan of Tokyopop’s Rising Stars of Manga competitions, and the creation of a seemingly endless number of comic pages have happened since Rem and Bikkuri turned down a publishing deal with Tokyopop. The excitement around this very long-overdue release, needless to say, was immediate, and the announcement was met with loud cheers from fans both new and old—and how could it not be? This release marks the first time ever that Devil’s Candy will be on a bookstore shelf on its own, and the first time since that debut Rising Stars of Manga anthology from 2003 that it’ll be on bookstore shelves at all—an already-incredible achievement made all the more impressive knowing its history.

Tokyopop has since become notorious for the dragon-like way they hoard the rights to their original series despite doing nothing with them. Had Rem and Bikkuri signed that Rising Stars contract all those years ago, Devil’s Candy almost certainly would’ve been doomed to be stuck in the same rights-purgatory that almost every other Tokyopop original series has been trapped in for over a decade now. Therefore, although at a glance it might seem like calling the release of the first mass-published volume of a (web)comic “miraculous” or “a truly full-circle moment“ is a bit dramatic, it nonetheless feels appropriate for a series with as unique a history as Devil’s Candy.

Volume 1 of Devil’s Candy will be out July 13, 2021. The full webcomic, which is updated on Mondays and Fridays, can be found here. 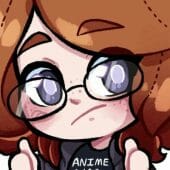 Red Bard, aka Kennedy, is a writer, medievalist, and self-proclaimed yaoi paddle historian. You can see more of their work on their YouTube channel, where they generally talk about anime, visual novels, and interesting moments of history within (anime) fandom. 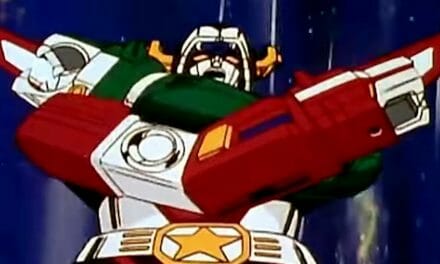