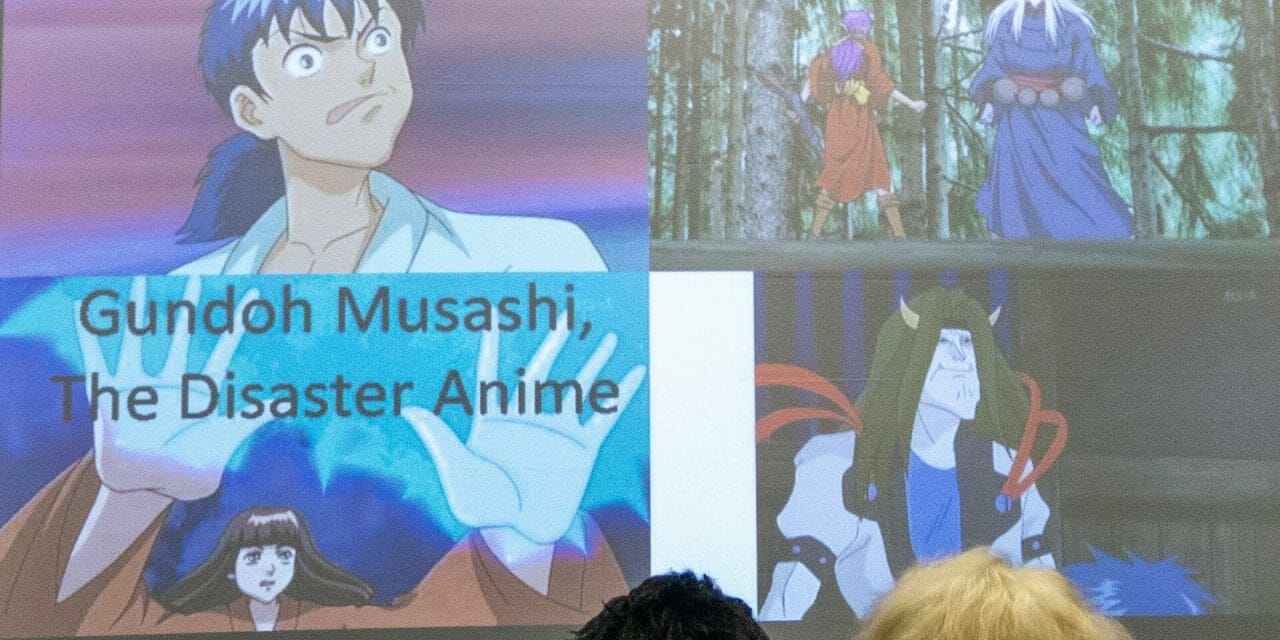 On June 27, 2003, eccentric filmmaker Tommy Wiseau unleashed The Room upon the world. The film was widely panned by critics, who quickly needled its shoddy production values, inconsistent writing, and generally atrocious acting. In the years that followed, though, the film gained a cult following, as fans found themselves endeared by its “so-bad-it’s-good” qualities.

Sadly, 2006’s Gundoh Musashi, an anime project with a similar ill fortune, never attained the same degree of infamy. George Horvath, who helms Land of Obscusion, intended to fix that when he first wrote about the series in 2011.

He aimed to inflict his knowledge of the series upon the world when he took the stage on May 27. He made this abundantly clear when he opened the panel with a presentation of the series’ ear-splitting first opening, which is best described as the auditory representation of a migraine aura.

As the video ended, Horvath began to explain the basics of the show, likening it to Wiseau’s celluloid disaster. Gundoh Musashi was a 2006 anime based on a concept by Lupin III creator Monkey Punch, which is set in an alternate history. In this universe, Hideyoshi Toyotomi had achieved victory over Ieyasu Tokugawa at the Battle of Sekigahara and allowed his defeated foe to live and maintain rulership over a small fiefdom. One day, Tokugawa was approached by an Ayakashi known as Yaksha, who informed the noble that he was the rightful ruler of Japan by history, and with his power, the two could correct the timeline. Tokugawa ultimately accepts, transforming into the hideous demon Ryokan in the exchange, and embarks on a campaign of conquest.

It’s in this world that Musashi Miyamoto, renowned swordsman, fights to maintain the existing timeline. Rather than hone his signature dual-blade style, though, this incarnation studied the gun.

It’s a silly concept, made even more absurd by a cursed production cycle, which was plagued by a shoestring budget, a tight schedule, and an over-reliance on outsourced animation. The end result was a hilariously ugly show, plagued with off-model artwork, animation errors, and far too many sound issues to count. 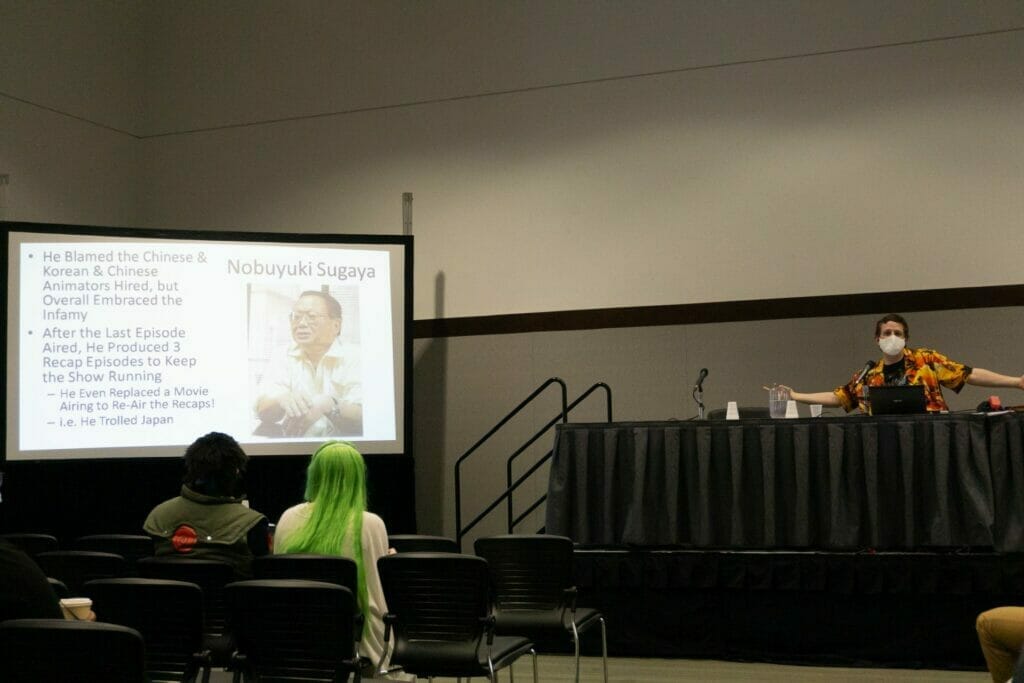 Over the course of the panel, Horvath took a magnifying glass to a sampling of the series’ myriad issues, as he interspersed clips from the show with staff quotes and commentary.

The overall presentation was genuinely enjoyable, as Horvath showed a great sense of humor that served to accentuate the sheer absurdity of the production. The room howled with laughter as he made exasperated quips about Leonardo DaVinci’s giant robot, or cried “you have a sword!” at a clip of Musashi deflecting sword blows with his handgun,

This all came to a head midway through the panel, as the series depicted a basket filled with white-and-red circles that looked as if they were drawn by a five-year-old with crayons. Apparently they were supposed to be food, which prompted a wave of laughter through the room. As a cherry on this cyanide sundae, Horvath slammed his hands on the table, bellowing “Screw this show! It’s over!” as he rose to his feet and stormed dramatically out the door, to laughter and applause.

This set the mood for the back half of the panel, as the show clips grew increasingly absurd. Suddenly, lip flaps would be synced to character breathing, or characters would speak in the wrong voices. All the while, Horvath ensured that the audience was never in the dark, offering context to this fever dream of a series whenever possible.

At the close of the panel, Horvath asked a question to the audience: “whatever happened to the folks who worked on Gundoh Musashi?” He queued up a montage, set to The Isley Brothers’ Shout, which tracked the history of the major staffers. From character designer Masami Suda, who would craft character designs for Yo-kai Watch, to director Yuki Kinoshita, who remains a respected figure in the anime industry today.

Gundoh Musashi is a genuinely dire production, that’s equal parts incoherent, ugly, and exhausting. Still, as Horvath’s panel showed, there’s plenty of joy to extract from the production, as it scratches the same itch that Tommy Wiseau’s cult classic did in 2003. 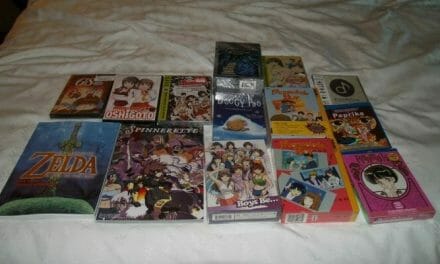 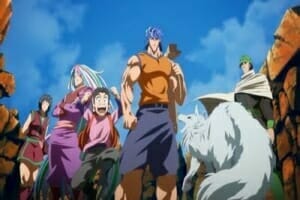 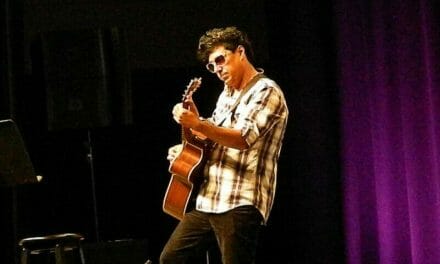 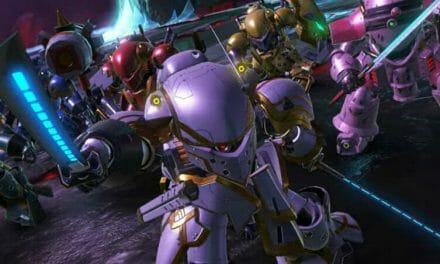