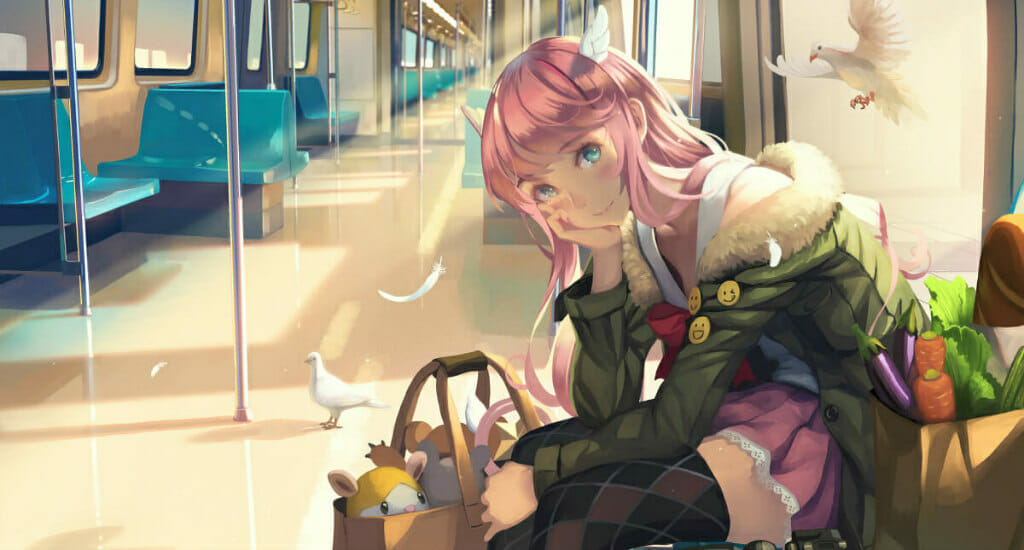 Author: VOFAN
Illustrator: VOFAN
US Publisher: Vertical Comics
Was this provided by the publisher? No 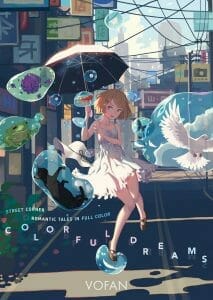 A collection of vignettes from places I’ve never been. Or, perhaps, not a place but the feelings that various places have inspired. Colorful Dreams is exactly that: a collection of beautifully illustrated short stories about the memories of things, some real, some imagined:

A game of hide and seek with a cat.

A cafe with no obvious means of staying in business.

A bus that might have one more passenger than it appears.

Colorful Dreams takes us to these places and beyond, showing  us how they felt through charming, vibrant artwork and prose.

I should note, this book was originally written in 2006. In it, though, we can see the coloring and lines that would eventually make VOFAN a household name in some circles. He originally cut his teeth in 2004, illustrating Weekly Famitsu Taiwan covers. Between those pieces and Colorful Dreams, it’s easy to see how his style evolved to eventually become the lively sophistication that would help to define the  beloved Monogatari series. 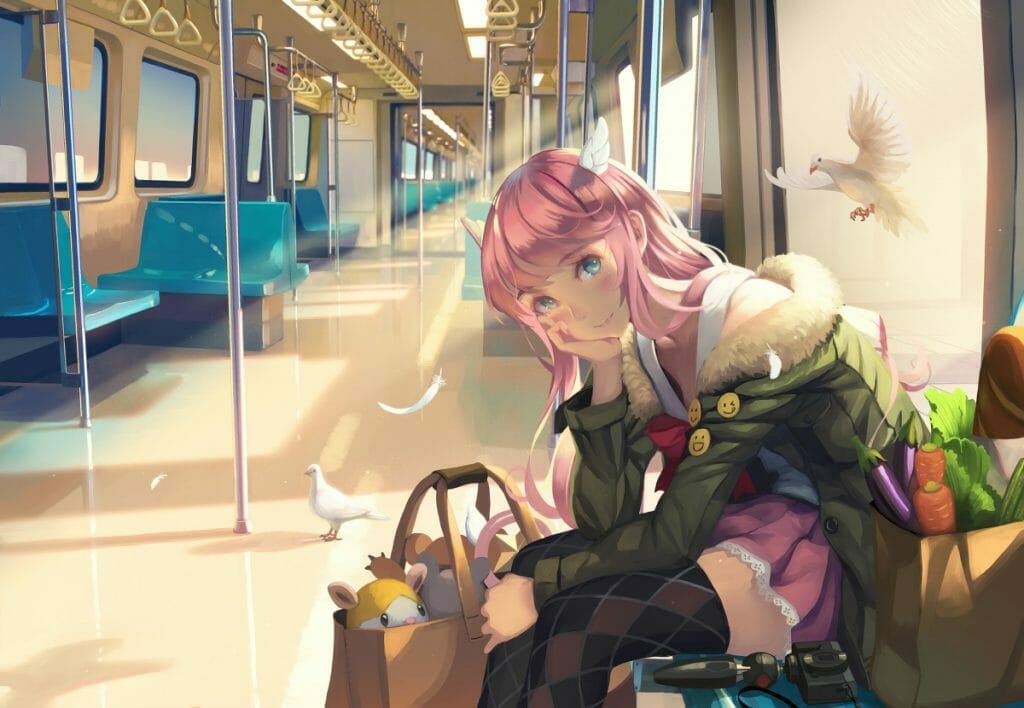 To be clear, this neither an art book nor a monograph. Colorful Dreams shines a spotlight on VOFAN’s storytelling skills as much as his art. That said, if your Japanese skills are up to the task, VOFAN does have Charm, an artbook in which he describes his process.

In Colorful Dreams, readers see Taiwan from VOFAN’s eyes. Instead, each of the fourteen stories are told from a different perspective. The fourteenth dream (referred to as the “special dream”), focuses on a photographer grabbing shots in everyday life. That’s true to life, as VOFAN developed the same habit while in college. In fact, he’s revealed that he still likes to engage in “ninja photography” where the subject remains unawares. 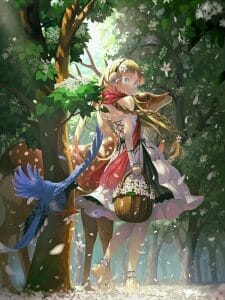 As a former projectionist, the eleventh dream, “Memories of a Square” touched me. The power that cinema holds to bring people together has been felt in the anime community, especially with the recent success of Your Name and Promare. Here, the story sees a town come together at the temple square. On this night, the location is functioning as an outdoor movie theater that serves as the entertainment hub for the entire town. Earlier in the book we had seen a father figure seated at a table. Here he returns, only to reveal to the audience that he’s in a wheelchair.

As for the movie:

“The Projectionist had a near-holy presence. Like a circus trainer, he controlled the mood of everyone in the square.”

The final page describes a movie in the same square, several years later. Now, it’s just a daughter and her father. The square is overrun with weeds and the surrounding town is filled with lights. The world has moved on, even if this family has not. As VOFAN notes:

“The square near my old home has long since become a parking lot.”

The book closes with an interview with VOFAN from 2006. In it, he notes that the stories were originally serialized in Challenger Magazine. The initial idea was to write each in a completely different style. As he delivers his own origin story, it was hard to not be fascinated by just how much exposure to the internet changed his life.

I understand why Colorful Dreams is being marketed as an Art Book. It’s not. It’s more akin to a collection of VOFAN’s early works. That said, it was a true pleasure to read, and I’m thankful that Vertical translated these tales into English for their western release. 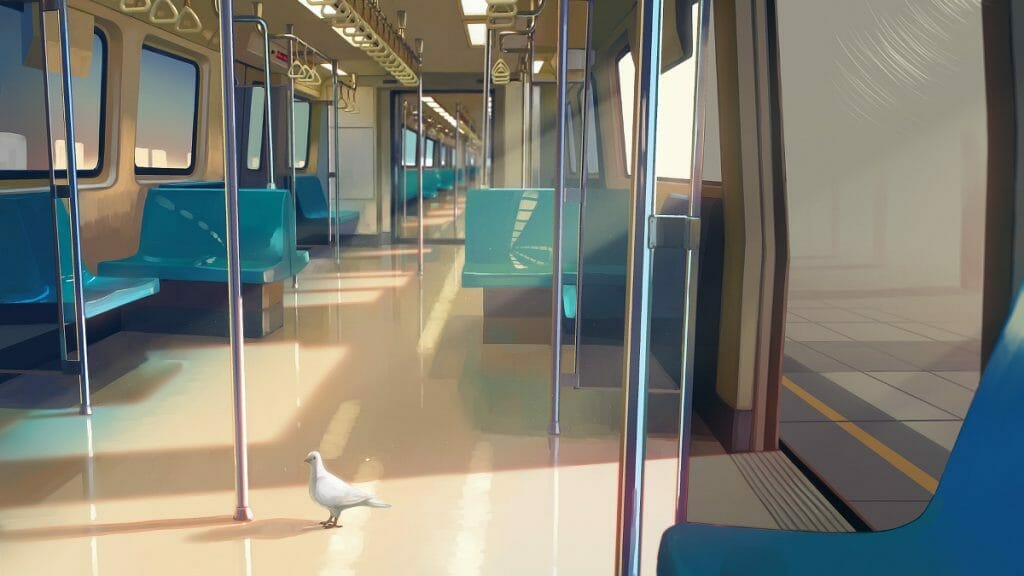