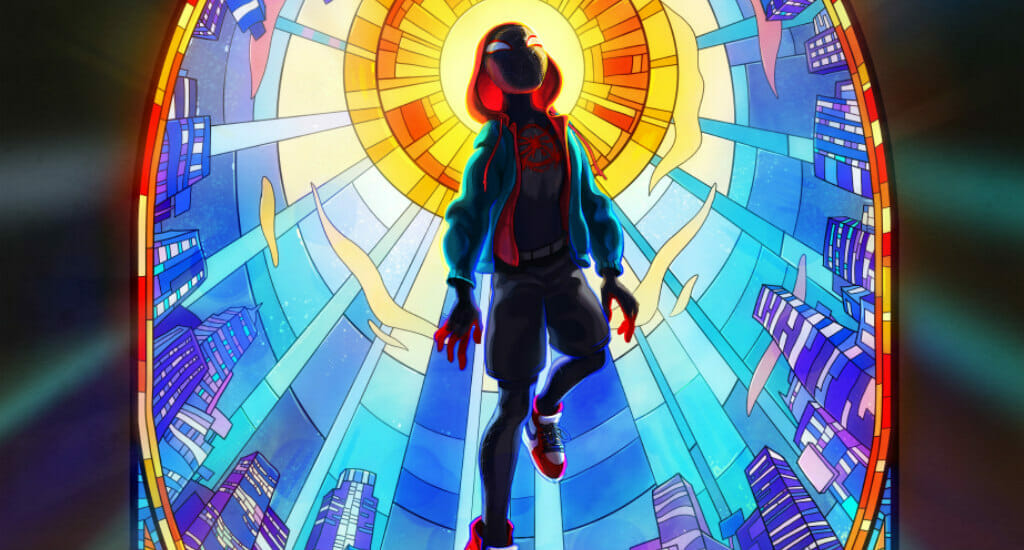 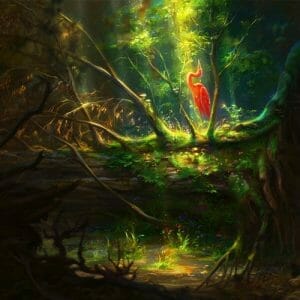 Anime Herald: These are some beautiful pieces. What is your process for creating them?

Devin Elle Kurtz: I usually sketch traditionally. Sometimes I sketch in Photoshop. Most of the time I paint in Photoshop, and then I just print it. Usually I print them on metallic paper.

Anime Herald: When did you first realize you wanted to be an artist?

Devin Elle Kurtz: I feel like I’ve always been an artist since I can remember being alive.

Anime Herald: What was your training? Did you go to a professional art school?

Devin Elle Kurtz: I went to school for a year at LCAD (Laguna College of Art and Design) and ended up dropping out to work.

Anime Herald: Was this because you already had a job offer, or because you knew that you just wanted to start working?

Devin Elle Kurtz: I was already freelancing and I didn’t like that school took my time away from that, so I just dropped school.

Anime Herald: I see the Pokemon pieces. Was this always something you always enjoyed?

Devin Elle Kurtz: Pokemon was one of my earliest favorite things that I loved. I played the games as a little kid and it was always one of things that inspired me. 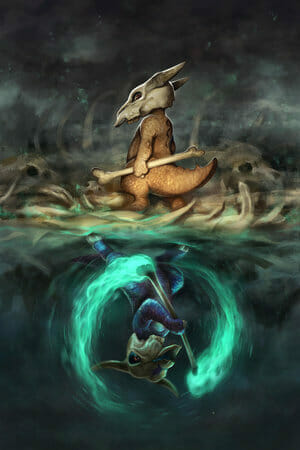 Anime Herald: I see some Spider-Man: Into the Spider-Verse works. What was going through your mind when you saw the movie?

Devin Elle Kurtz: Oh man, I just loved it so much. I loved the Ultimate Spider-Man Miles Morales comics. They’re my favorite superhero comics, because they were coming out when I was a teenager. One of my friends worked on the movie. I wondered what scenes he did the color cues for. That was cool.

Anime Herald: You seem to work dynamically in color. Was that what your original training was, or did you get into that later?

Devin Elle Kurtz: I feel like I’ve always been drawn to bright and vibrant colors.

Anime Herald: Did you see the Pokemon Movie?

Anime Herald: What did you think of it?

Devin Elle Kurtz: I loved the experience of watching it. Yeah, I’ll say that.

Anime Herald: I hear you. I’m going to call these animal pieces “The Green Series.” What was your first one? (Editor’s Note: The name of the series is Fauna Solaris, and the pieces I was referring to are part of the Creatures of the Leaves series)

Anime Herald: Oh wow. That lion seems so chill. Maybe a bit beyond that. 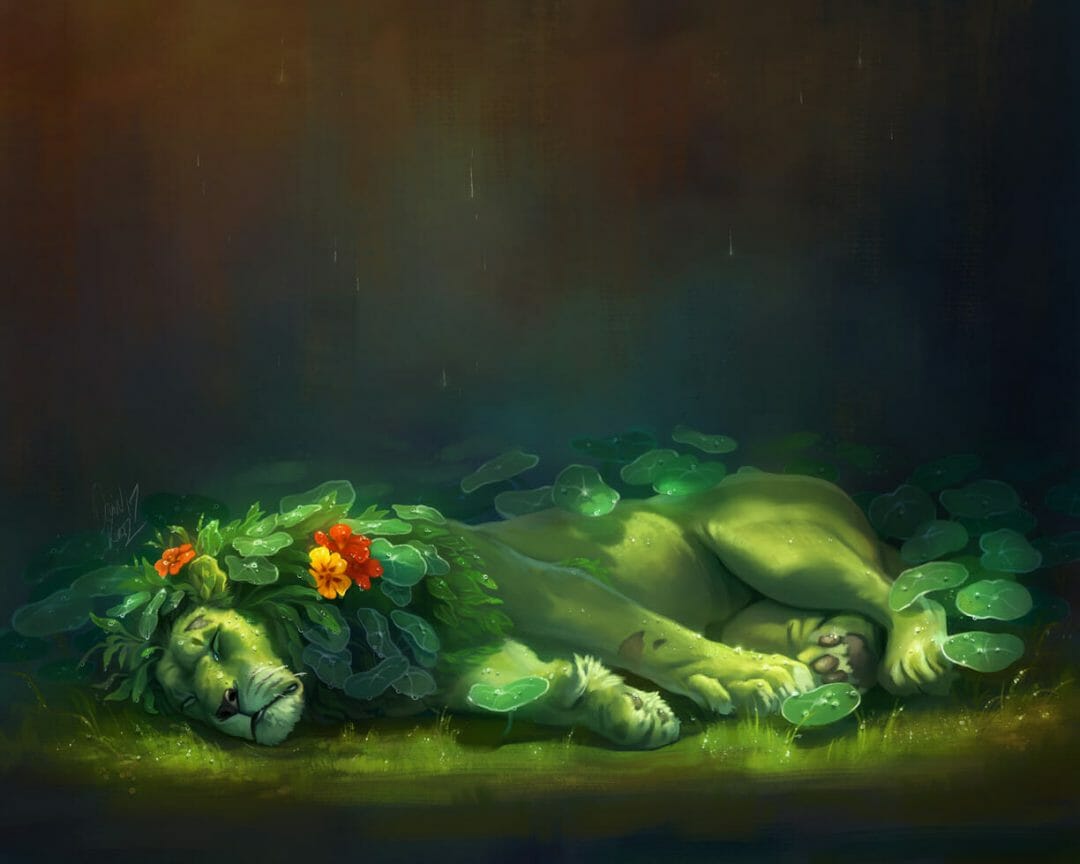 Anime Herald: I see you have a couple of art books. What was your process for creating those? Did you just decide “I feel like it’s time”?

Devin Elle Kurtz: It’s a good thing to have. People want to buy a collection. I like buying books. I figured I should have some.

Anime Herald: I know a lot of artists try one. They realize “This is a lot more work than I was expecting it to be.” Is that what you experienced as well?

Devin Elle Kurtz: These are just collections of images. There’s not a lot of text, so it wasn’t too difficult to put them together. It took a weekend.

Anime Herald: Do you have any advice for aspiring artists?

Devin Elle Kurtz: Nurture your love for it because that’s what’s most important. If you love it, all the other things will fall into place because you’ll want to keep doing it.

Devin Elle Kurtz: (Laughs) You should come to Lightbox Expo next year.

You can see more of Devin’s work here:

She shared much more of her backstory last year with Bored Panda.

Thanks to Devin Elle Kurtz for speaking with us. Thanks to Lightbox Expo for making this interview possible.