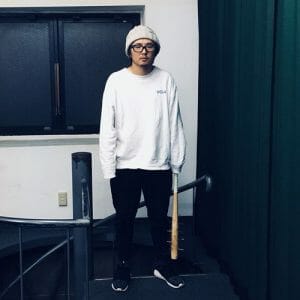 On his career ambitions

“I wanted money, but no job.” -Kotaro Sudo

What are his favorite anime?

“My anime is the best.” -Kotaro Sudo

What are his hobbies? What does he do for fun?

Ladies and gentleman, the producer and mind behind the Pop Team Epic anime. When Bkub Okawa created Pop Team Epic he couldn’t possibly have known it would become an anime. And not just any anime, but an anime that would be broadcast on American television. Let’s step back a bit, to when Kotaro Sudo brought the idea to the brass at King Records.

“King Records asked me ‘are you really doing this’? They didn’t go for the idea at first. I had a lot of confidence that it would be good. It took two months to convince them. I ignored the criticism and played my wildcard on it.” -Kotaro Sudo

“I wasn’t thinking we’d sell a lot of DVD’s. I was more focused on the potential merchandising of the main characters.” -Kotaro Sudo 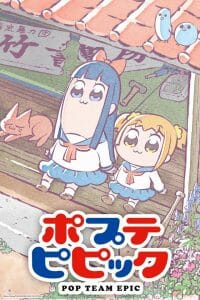 On the unusual production of Pop Team Epic:

“It’s not normal to give this much freedom to the staff working on an anime.” -Kotaro Sudo

On being broadcast on American Television:

What has made Pop Team Epic a success:

The changes to Episode Five:

How his career has changed since Pop Team Epic’s release:

“Now, more people are listening to me since it has become a hit.” -Kotaro Sudo

What he’s working on right now:

When we can see what he’s working on:

On the Pop Team Epic trip to France:

“I wasn’t surprised, because the person working on it was French.” -Kotaro Sudo

The food in Los Angeles:

“The hamburgers are too big! The hot dogs are very good. I love hot dogs.” -Kotaro Sudo

“I love spending time traveling. I like to get in a day early. I’ll be heading to Santa Monica tonight.” -Kotaro Sudo

His time at King Records:

“I’ve been at King Records for 11 years. I didn’t want to do anime. I don’t know why I’m in this department. I was in sales for my first five to six years. So boring.” -Kotaro Sudo

“I want to do a one-hour special, starting with the opening theme of episode one. Use the same voice actors from episode one, as well as new voice actors and new material.” -Kotaro Sudo

“It’s not my fault if people do bad things after watching Pop Team Epic.”

I’d love to come back to Anime Expo next year.” -Kotaro Sudo

I only had a few minutes with Mr. Sudo, but when he had some more free time, he gave one of the most revealing interviews in the history of anime:

Q: Be honest. Do you think this anime is shit?

A: “It’s shit. There’s no mistaking that.” -Kotaro Sudo

I highly recommend you check it out.

Thanks to Vertical Comics and King Records for making this interview possible. Special thanks to Kotaro Sudo for talking with us.