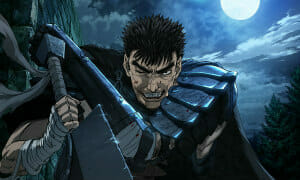 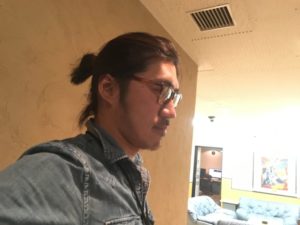 Reo Kurosu was quite different than most of the people I’ve had the good fortune to interview in the anime industry. Before joining the industry, he worked for IMG in the golf division (he studied Philosophy and International Relations at Tufts University). Eventually, he decided to switch his focus from sports to entertainment. As his intent was to work on overseas rights, Kurosu decided to move back to Japan and join Aniplex.  However, Aniplex made it clear to him early on that he would have to learn production. They set him up as a production assistant on a little show called Fullmetal Alchemist.

Nice way to break into the industry.

While he is tremendously pleased with the success of Fullmetal Alchemist, after close to ten years at Aniplex, Reo decided that he wanted to expand his horizons. To accomplish this, he made a  move to NBC Universal Entertainment. That didn’t mean he was done with anime though:

I must say that I was not expecting Berserk to come back. For those of you who are unfamiliar with it, Berserk is the Scrotie McBoogerballs of anime. 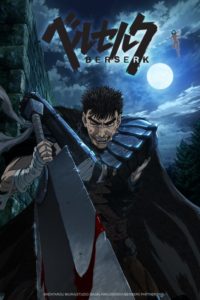 The manga is an absolute masterpiece. It is also staggeringly disgusting and truly horrifying. George R.R. Martin has nothing on Kentaro Miura. For that reason, I was shocked to see it come back.

As a producer, Reo has two jobs. The first is quality control. That involves everything involved in the production, from the script to voice acting, editing, and beyond. There is a lot of work involved in the process, and a failure in any area can derail the project. The second job is finding partners to work with. In the case of Berserk, a good example would be the partnership with Crunchyroll.

One of the things that I found interesting was that production is often a shared process. A production consortium would be formed to split the costs and the rights. This can be a complicated process as the rights to merchandise, games, international markets, and other rights have to be assigned, as well as the profit shares. There will generally be a meeting once per month to check up on the project and make sure everyone is comfortable with the process. It is during these meetings that potential partnerships are discussed and decisions are made. 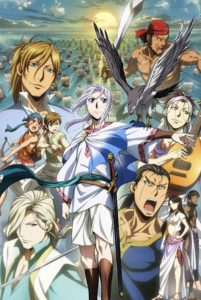 Berserk isn’t the only anime Reo is working on with NBC Universal. He also had a hand in The Heroic Legend of Arslan, which is now in its second season. In the first season, there were various fires to put out in the production meetings. For example, there was concern that they wouldn’t figure out how to market the show. Promotion was tricky, as was finding the right time slot. The group eventually found their time slot (Sunday at 5:00 P.M.), as well as their audience (female, mid-to-late 20s). Now that they are in their second season, the production process is much smoother. As for Berserk, it naturally slid right into the major late night Friday night “Animeism” slot at 2 AM.

Strong list to be on. Full disclosure: The current series of Berserk has been fairly polarizing due to the combat CGI. Fans may have been expecting something similar to what they saw in the movies, particularly the third film Berserk: The Advent. The crew took things in a different artistic direction, so there has been a disconnect between what people were expecting and what they received. That said, though, there are also many passionate fans who are ecstatic to have Berserk back and are happy to see a new arc on screen. Anime is a tough business, folks. Mirriam-Webster defines a fan as “an enthusiastic devotee (as of a sport or a performing art) usually as a spectator.” It is considered to be short for “Fanatic.”

Having studied in America and worked in Japan, Reo has a global perspective. He’s concerned that the anime industry occasionally has tunnel vision and loses sight of the larger entertainment industry around it. Reo didn’t grow up an anime fan. He is much more focused on the industry part of the anime industry.

Editor’s note: The Berserk crew have been very busy since Seth met with Mr. Kurosu. The crew is currently planning a stage event for April 2, 2017, which will be held outside Tokyo. Hiroaki Iwanaga (Guts), Yoko Hikasa (Farnese), Kazuyuki Okitsu (Serpico), and Hiro Shimono (Isidro) are slated to appear at the event.