A Conversation With “Your Lie In April” Creator Naoshi Arakawa 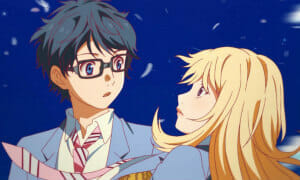 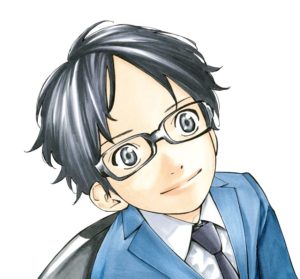 Some of you may recall my interview with Your Lie In April director Kyohei Ishiguro and character designer Yukiko Aikei at Anime Boston. That experience gave me a chance to gain  a unique perspective on the series, from the people who crafted the anime. At Anime Expo, I was able to interview the author of the source material, and find the answers to a few nagging questions I’d had since Boston. More on this in a bit.

First though, let’s clear up some misconceptions. Naoshi Arakawa does not listen to much classical music. There has been some speculation that Arakawa played an instrument. He put that to rest with a simple “No”.” When asked about his favorite classical music, he shrugged. He’s a heavy metal fan, with Iron Maiden, Black Sabbath, and Led Zeppelin among his favorites. As a fellow Iron Maiden fan, I cannot turn down this opportunity to rep Dance of Death:

He went out of his way to praise Your Lie in April’s anime adaptation.

“It was really [true] to the original work.” -Naoshi Arakawa

Arakawa said that he was “hands off” in the process, but helped when asked. He also noted that the director made some changes, but they all worked. 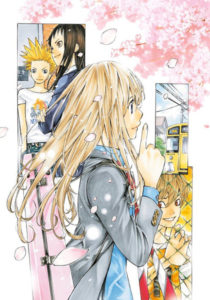 Your Lie In April Blu-Ray Set 1

When writing Your Lie In April, Arakawa spent some time observing students to get a feel of what their lives were really like. He also showed students  some of his original drafts, to make sure they felt the story worked. It was very important that they were able to feel empathy for the characters.

“I like to make my audience cry.” -Naoshi Arakawa

Arakawa was asked about a possible sequel. He replied that he has written more stories for the minor characters in Your Lie In April, but that he’s happy with where he’s left the leads.

The discussion then shifted over to sports and Arakawa’s next anime, Farewell My Cramer. This isn’t his first time writing about women’s soccer, having previously written Sayonara Football.

Arakawa was asked if he was a soccer fan, to which he replied that he loves basketball. He also noted that that Michael Jordan and Kobe are his favorite players.  He explained that supporting women’s soccer was important to him, though, and that he enjoyed writing about it. 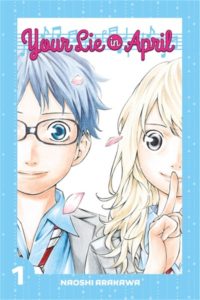 When he was in school (it isn’t clear what year, but my sense is that it was high school), Arakawa had a friend who was heavily into manga. That friend got him into it, with Beck: Mongolian Chop Squad being his favorite. When Arakawa was bored in university, he started drawing manga in secret.

He didn’t anticipate being a writer when he was growing up, but it’s something he’s comfortable with now. One of Arakawa’s favorite things about being a writer is the freedom his editor offers. He noted that he has a very quiet editor that only makes changes when needed.

I had heard a rumor that Arakawa had written Your Lie in April to with someone special in mind. Someone whom he wanted to make cry. For my final question I asked him about this rumor.

Araraka smiled, and replied – “It’s true. When I was writing Your Lie in April, my goal was to make my editor (Shinichi Eda) cry.”

Eda was in the room so I asked him directly, to which he admitted:

Such a happy ending to a story with so many tears.