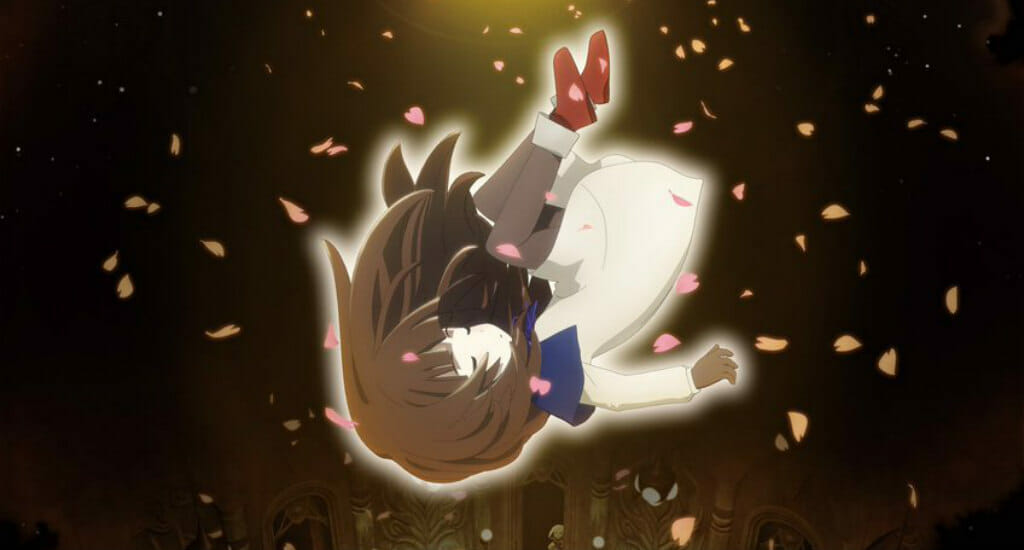 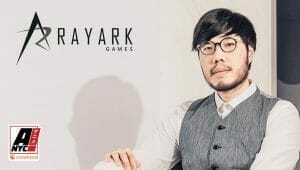 Pony Canyon, Rayark, and Production I.G. announced that the movie “DEEMO” is currently in production. We were able to sit down with Ming-Yang Yu of Rayark and Mitsuhisa Ishikawa of Production I.G. and discuss the project with them:

Anime Herald: At the very beginning, what was your first idea for “DEEMO”?

Ming-Yang Yu: The focus at the beginning was the foundation of the piano. The color of the piano is black and white. We designed a creature who would keep playing the piano to bring color to the world. That was our first idea.

We found that this idea was maybe too boring for the players. It was just one person, so we brought in the second main character, the girl. We dropped her from the sky, so that the story begins.

Anime Herald: Have the reactions from the players been what you were expecting.

Ming-Yang Yu: Yes and no. Yes, the fans have loved the story, but their patience has been more than we expected.

Anime Herald: Now you’re turning it into an anime. What is your vision for this anime? 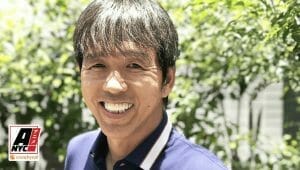 Mitsuhisa Ishikawa: The game is based on the music. It puts the emphasis on the piano, as you know. For the animation we would like to put the focus on the music and make sure we bring the best from the music. We are working with Mrs. Yuki Kajiura. She’s a superstar, well known in the game music industry. However, she’s not just a composer of that. She is an amazing pianist and musician herself. We are trying to create something that would really bring out the music, and the art, and the visuals. That’s what we are focusing on to create the animation.

Anime Herald: How long do you expect the anime to be? What are you shooting for?

Mitsuhisa Ishikawa: We are planning on making it about ninety minutes long, but we can’t say anything definite at this point because it depends on the storyboard. Once the storyboard is completed we’ll have a better idea how long it might be.

Anime Herald: What was your reaction when you heard Pony Canyon wanted to turn the game “DEEMO” into an anime?

Mitsuhisa Ishikawa: When you say “game” you get the idea of something very technical. When it came to “DEEMO” that was not really the case. Ming-Yang’s gentleness really comes through in the game. I’ve been really inspired. This is something I would like to bring back to Japan and share with my staff members.

(Editor’s note: Ming-Yang does have a noticeably gentle nature.)

Anime Herald: Have you have the chance to peruse any of the Youtube videos where people rank their top-50 “DEEMO” tracks?

Ming-Yang Yu: Yes. Sometimes we listen to them as a team.

Anime Herald: Do you usually agree or disagree with the rankings?

Ming-Yang Yu: I love all the songs because I picked them all for the game. It’s hard for me to decide.

Anime Herald: What is it like when you watch someone play “DEEMO” for the very first time? 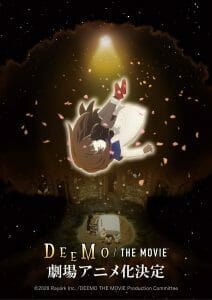 Ming-Yang Yu: I feel relieved because the design is OK. They feel very happy when they first play “DEEMO”.

Anime Herald: Are there any other anime, or books, movies or stories that you are taking some inspiration from for making “DEEMO”.

Anime Herald: Any in particular?

Anime Herald: Is that also in inspiration for you?

Mitsuhisa Ishikawa: In terms of written comics, Akira by Otomo Katsuhiro. I read that manga was was very much inspired. In terms of animation, Ghibli, especially pieces created by director Miyazaki are just absolutely stunning and amazing.

You can kind of move the hearts of grown ups with technical stuff, but moving children, grabbing children’s hearts is a very hard thing to do. Miyazaki really made that happen. He grabbed their hearts and attention, which is a difficult thing to do. I think the impact Miyazaki had on the animation industry is enormous. I’ve been influenced by that.

Anime Herald: You raise a good point. What age range would you say this movie is directed towards?

Mitsuhisa Ishikawa: When it comes an an anime adaption of manga or a game, it’s a collaboration. What is most important is the director. Who you pick has a huge impact of the final product. Depending on who the director, the answer will change. You need to find someone who can actualize the original source material. I feel that the choice of the director is most important.

Anime Herald: Do you think the movie will affect the next generation of “DEEMO” games?

Ming-Yang Yu: I think the movie will let more people know about “DEEMO”. More people will know the IP. We’re going to keep making sequels and capture the movie feeling for the broader audience.

Anime Herald: Do you have an idea as to when the movie will come out?

Mitsuhisa Ishikawa: At this point we don’t have an answer for that as we’re still figuring it out ourselves.

It’s hard to determine when it will be completed. When it comes to science fiction and fantasy it’s about touching people and moving their hearts. The original game made people shed tears. That’s what we want to focus on, but it’s not just about the climax. Carefully crafting the tiny little steps that lead up to that climax is very important. We’re doing the best we can build, little-by-little, towards towards that ultimate climax finale.

Anime Herald: Are you a musician yourself?

Anime Herald: Did you play the guitar games like Guitar Hero and Rock Band?

Anime Herald: When you thought about that did you want to do something completely different?

Ming-Yang Yu: We wanted to try different gameplay. There are many classical music games already. We took in all our references and wanted to do something different.

I learned piano for two years when I was a kid but I gave up anyway. I feel playing piano is a humble and good experience, so we hope that every kid can more easily know the experience of playing the piano.

Anime Herald: Are there kids who have played “DEEMO” and then gone on to learn how to play classical piano?

Ming-Yang Yu: Yes. I’ve gotten some feedback from the fans. They say they played “DEEMO” and were inspired to learn how to play the piano.

Anime Herald: Do you think “DEEMO” might inspire you to learn how to play the piano?

Mitsuhisa Ishikawa: When I was a child I bought a keyboard. You see, I was not this bright kid with the best grades in class. That wasn’t me. I hoped to play really great piano and become popular among girls. Unfortunately, that didn’t happen, so I thought animation, animation might make me a popular guy. That’s how I went into the animation industry.

Anime Herald: *Laughs* That’s what got you into the anime industry?

Mitsuhisa Ishikawa: The Production I.G. animation we’ve created like Ghost in the Shell and other animations, we have so many male followers, male fans. We can have any dream we want, but it’s always hard making that dream come true, having the girl fans.

Ming-Yang Yu: Most of the fanbase for “DEEMO” is in Japan, Korea, or the rest of Asia. I’d like to know how this IP is viewed in North America.

Anime Herald: From what I can tell most of our exposure to “DEEMO” is from Youtube. For a long time if you wanted to play “DEEMO” you had to import it. Eventually, a lot more people will know “DEEMO” from the animation.

Mitsuhisa Ishikawa: It’s not really a question. For Production I.G. our power, our treasure is people. When I say people, people create pieces, and not just creating, but continue to create different pieces. With regards to “DEEMO”, we have a collaboration between a company in Taiwan and a company in Japan. It’s beyond country or culture. We had these amazing experiences to go beyond country or culture and collaborate together. This has allowed our people to grow, and that is the treasure of Production I.G.

Mitsuhisa Ishikawa: We created Signal.MD based on these young talents. I have great expectations for Signal.MD.

Anime Herald: I just need to comment, I love your shoes so much. I used to play baseball. I was a pitcher.

(Editor’s note: As part of the convention hall rules, we weren’t allowed to take any photos in the area that we conducted this interview. As such, I must apologize for not being able to provide a photo here. The shoes looked a bit like these, but looked much cooler.)

Mitsuhisa Ishikawa: I was playing baseball until high school. But I was never popular among the ladies. I bought these at a store close to San Diego Comic Con.

Anime Herald: Anything else you’d like to say to the fans?

Ming-Yang Yu: See you in the theater.

Notes from the Panel:

Where did the name “DEEMO” come from:

Ming-Yang Yu: I feel embarrassed to say. It means nothing. When we were choosing a name we wanted something easy to pronounce. The name “DEEMO” stuck.

You can find a link to the movie trailer below: