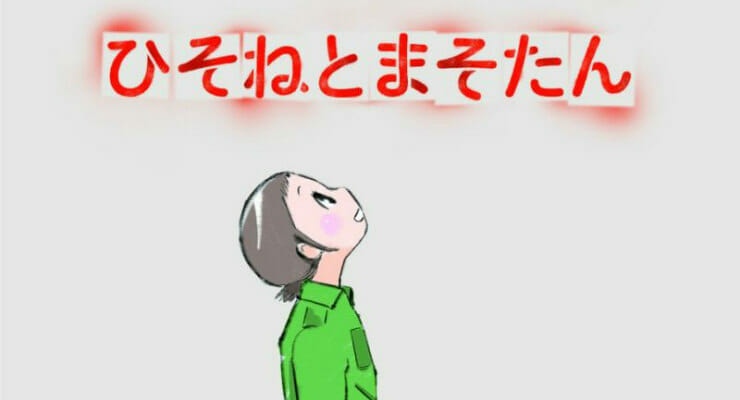 We were able to sit down for an interview with Shinji Higuchi, who began things by going over the chronology of his career:

“I was born in in 1965. There were lots of kaiju movies in theaters and on television back then. It peaked around 1970. At the time, I was partial to kaiju TV shows and wasn’t a big fan of anime.” -Shinji Higuchi

“When you are watching a kaiju movie, who do you root for? The heroes, or the kaiju?” -Anime Herald?

I asked him what show got him into anime:

“Star Blazers. It was totally different. It looked like things that actually existed.” -Shinji Higuchi (Editor’s note: It was clear he was talking about Space Battleship Yamato, but he wanted to be polite to listeners who wouldn’t recognize the name.)

“I grew up in a factory town. In my second year in middle school Mobile Suit Gundam came out. Protagonist Amuro grew up in space. I identified with him.” -Shinji Higuchi

“A few years later Gundam and Gunpla became more popular. I was like ‘I was here first.’ That was my high school years.” -Shinji Higuchi

“I started doing part time jobs. I was in the movie club. I was invited to join a moviemaking group at Osaka. It was Hideaki Anno who talked me into going to Osaka. Eventually, we founded Daicon Films (Gainax), along with Yoshiyuki Sadamoto and Takami Akai.” -Shinji Higuchi

“I was able to work with great people. I wanted to create something I grew up watching. Handmade, not photo-realistic digital style.” -Shinji Higuchi

“Hiroshi Kobayashi was working on Kiznaiver. This was more on the fun side.” -Shinji Higuchi

“I had always wanted to work with Okada Mari-san: ‘Let’s do something original.’ However, our first project was rejected.” -Shinji Higuchi

“Mrs. Okada wanted to make it gentle and soft to not become too heavy.” -Shinji Higuchi

“The characters have personality flaws. We have to be careful, or it becomes too heavy to watch.” -Shinji Higuchi

“Masahiko Minami came on board in production.” -Shinji Higuchi

“We had great designers for the dragons and aircraft. Shoji Kawamori and Shigeto Koyama both worked on this project.” -Shinji Higuchi

“This is an extension of reality and the fantastic. The edgiest thing Japan could create. How do I depict this?” -Shinji Higuchi

“When I was working on the Attack on Titan movies or Shin Godzilla, I worked on this in the background.” -Shinji Higuchi

“It’s an animation just like a live action movie. I’ve wanted to direct the acting in a story for a while now. How do we do that in an animation? The voice actors.” -Shinji Higuchi

“Imagine the world, how big the space is going to be, and what characters will populate it. I’m obsessed with the details. I let my consciousness imagine where the character is in the room. While I’m doing this, I’ll get a phone call and the balloon will pop. Then I have to track down my thought process.” -Shinji Higuchi

“I wanted to do something different. Develop relationships episode by episode.” -Shinji Higuchi

“It’s a story designed for the Japanese market. Dragons as the divine form. The scale will develop and expand. Japanese culture, history, and fantasy stories set the stage.” -Shinji Higuchi

“As with the Japanese self defense forces, the main character faces the question “When I am training, what purpose is it for?’” -Shinji Higuchi

“What I’m imagining is a lot better than what I can draw. I use a lot of erasers. Local coffee shops and family restaurants hate me (Laughs).” -Shinji Higuchi

“There’s my PC, a TV, and a PS3. The PS4 can’t be there because it is connected to VR. I use a tablet to draw and paper as well, so I need space for both.” -Shinji Higuchi

I used a Wacom tablet. It doesn’t agree with erasers. Tombow erasers are the only brand I use. I’m using an iPad Pro now.” -Shinji Higuchi

“When I was working on Dragon Pilot and Attack on Titan, I used the iPad.” -Shinji Higuchi

As for what he’s playing:

“I lived in Los Angeles for a year. LA was a lot tougher years ago. It’s much safer now. There are trolleys running now.” -Shinji Higuchi

“That there are so many different people of different cultures that love anime, it makes me question ‘Do I love anime this much?’” -Shinji Higuchi

Dragon Pilot will be coming to Netflix on September 21.

Thanks to Shinji Higuchi for sitting down with us.