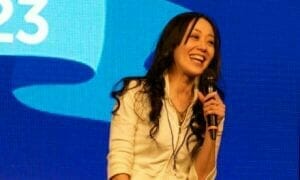 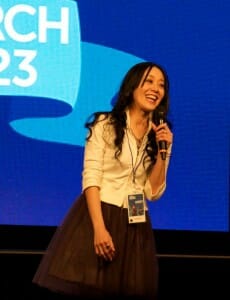 Yuu Asakawa is a true legend in the world of anime voice acting. Since her début as an actress, Asakawa’s distinct voice and strong delivery have cemented her as the quintessential cool girl. She’s portrayed countless legendary characters, from ass-kicking rocker Priss in Bubblegum Crisis: Tokyo 2040, to the distant yet well-meaning Sakaki in Azumanga Daioh.

Outside of anime, Asakawa’s gained international renown as the voice of Vocaloid Megurine Luka. Due to Asakawa’s fluency in English, Luka was the first vocaloid to speak both English and Japanese, having made her début four years before Hatsune Miku’s English pack.

At Anime Boston 2014, we were fortunate enough to speak with Asakawa-san in a round-robin interview. She was a friendly, welcoming individual who was more than happy to talk with the few us that had attended. The conversation we had, though short, was fun and fascinating, as we topics bubbled from her career, to games and comics.

I would like to thank Asakawa-san for taking the time to speak with us. I’d also like to thank Jamison and the rest of the Anime Boston Staff for helping to make this happen. 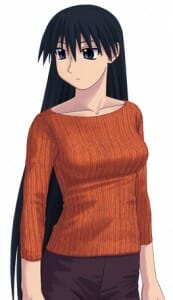 Anime Herald: Through your career, you’ve voiced so many prominent roles, from Priss in Bubblegum Crisis, to Sakaki in Azumanga Daioh. And, outside of anime, you’ve done a lot of game work, and you’re the voice of Megurine Luka. How does it feel to be known by so many people in so many different subcultures across the world?

Yuu Asakawa: It’s wonderful, isn’t it? I just became a voice actress, but now, I cannot believe it! I just recorded those titles, those characters only in Japan. The titles go outside of Japan, and the people watched our title and my characters a lot. And I didn’t know what’s going on! (laughs) I didn’t know before I came to conventions Japanese anime really popular, so it’s. I do just same thing in Japan! I go to studio, recording studio, and I act! That’s it! That’s my every day.

I mean, I just, in Japan, and record in Japan, act in Japan. That I’m in titles that go outside of Japan… I do nothing! I do nothing, but yeah I’m really grateful, and I’m so glad. Usually, we have to come here, for example, come here and introduce myself to people let me know that, yeah. I’m just in Japan. That people outside Japan know about me, it’s lucky! So very lucky!

Anime Herald: And, they say a good actor takes a little something from every role that she performs in. So, what would you say have been some fo the things you’ve taken from your better influences, some of your positive roles, and, on a lighter note, some of your less positive roles?

Yuu Asakawa: I’ve have to say Luka, from Vocaloid, has changed my life. She brings my name to many, many, many countries outside Japan, so, yeah! Luka changed my life! (laughs) And even in Japan, people know that I speak English. A little, though! (laughs)

There’s not a character that I’d say that had a “bad” sort of meaning in that sense. However, each character sort of had those difficulties and those sort of hiccups every now and then. So I guess it’s less than one character, and more of each character. Because my characters are always, like, she or he has a kind of sad life or unhappy life, so to act that kind of life is really difficult. Because I’m happy! That’s why! So, yeah! All of the characters are different and difficult for me! (laughs) 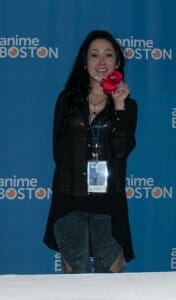 Yuu Asakawa: I think it’s not so famous in the US, but there’s my character, Anastasia from Brave10, it’s kind of a ninja story. Now, we have only 13 episodes, right? But in Brave10, all of the characters has a very deep life, and sad life, happy life, and a really complicated life.

Their life stories are really nice and interesting, so that we had only 13 episodes, and we had to share with the other characters. So, if I had a chance, I would act the character Anastasia from Brave10. I want to act her more, because her life is really sad and beautiful, and strong. That’s why!

Anime Herald: Earlier, you mentioned that you really can’t choose which roles you take. You just kind of have to wait until they come in. If you could choose any role that you could take, what would it be and why?

And I want to do like a character like a Pikachu or a Chopper like that. Because my characters always are kind of kick-ass type girls, or too sexy and cool, doesn’t talk too much. It’s really fun and challenging, but I want to try the other types of characters more because I could do it!.

So, I cannot say I got tired of acting cool characters. It’s still wonderful to act bad. I can do more, so I want to try that kind of character. Just try is okay! Just try! Chopper, or, like, I dunno! I dunno what else! (laughs) 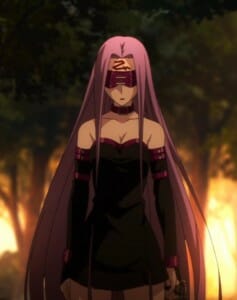 Anime Herald: You just mentioned that you really like American comics. What’s your favorite series, and why?

So now, maybe my favorite is Iron Man, I think! In terms of Iron Man, in Japan, you’re never gonna see sort of an older guy like Robert Downey Jr. as the main character. You’re going to see these young kids as the hero. And so that’s really refreshing, and I really enjoyed that.

So, really, in Japan, the young people are always at the front of the shows and the stories. And so, for an older but more mature actor to come out in that sort of interesting, almost strange year with the whole mask and all of that, and sort of be the protagonist, that’s really, really interesting!

Anime Herald: On kind of a hypothetical note, like a “what if”, if you had never gotten into voice acting, what do you think you would be doing today? 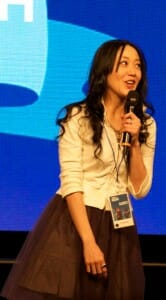 Anime Herald: As a voice actress, you do spend a lot of time in the recording studio. Do you have a particularly favorite story that you like to tell people when they ask you about how things are in the recording booth?

Yuu Asakawa: You know you’re not really supposed to, but you’re all together. So, sometimes, someone’s going to be making some noise. And you’re really not supposed to be on your phone during work, because you’re working.

But, you know, sometimes, we’ll take out our phones and show a really interesting photo or video, and you have to hold yourself back from laughing because you’re recording. So, that’s sort of a way of playing with each other, playing pranks.

Everyone’s very professional, so there’s not really a lot of mistakes or misbehavior. So sometimes, you can play pranks on each other, but there’s really not too much! (laughs)

Yuu Asakawa: I love to play video games! You know, especially the Resident Evil series and Final Fantasy. I’m still playing [Final Fantasy] XI online, because I have lots of friends on there. So, if I don’t have anything to do, I don’t go out of my room, and I’ve been just playing video games for twelve hours or thirteen hours. (laughs) It’s a sad holiday! (laughs)

Anime Herald: What would you say is the most interesting question you’ve received from a fan?

Yuu Asakawa: Sometimes, fans ask me to say hi to their favorite voice actors, or say hi to someone! (laughs) And in Japan, they’re not going to ask you to do something like that, so it’s kind of out there and interesting.

When I was in Canada, I was out of my topics. So I asked them “do you have any questions about the other Japanese voice actors or actresses?” Because they asked me a lot! How about Darudaru-san, how about this voice actress. Is he nice, or is she nice, or how’s this lady like? They have a lot of questions, more than to me! (laughs)

Anime Herald: Is there a current project that you’re working on that you’d like everyone to just go out and see right now?

Yuu Asakawa: [Vocaloid Megurine] Luka v3 is coming out, and Project Diva F 2nd is coming up soon in the U.S.! So the really new one of Project Diva will be out in US, so please cheer for us!