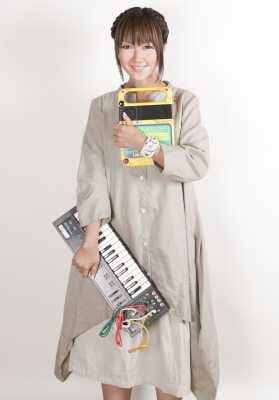 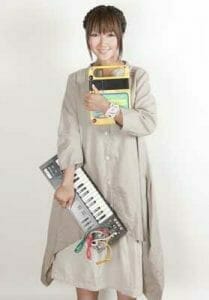 This year, Anime Boston hosted Haruko Momoi, the Queen of Akihabara, as one of their musical guests. Anime fans should recognize her bouncy beats and perky voice from the theme songs of shows like Kujibiki Unbalance (OVA), DearS, and Nurse Witch Komugi. Momoi began her musical career on the streets of Harajuku, where she would sing and do live performances. Her debut single, Mail Me, hit stores in 2000, and she began her voice acting career shortly afterward. She is known for her infectious personality and playful demeanor, which became quickly apparent as the interview began. The room lit up with her cheerful answers, and those in attendance seemed to lighten up as the conversations began. In this session, she even had a few questions for the attending journalists! I would like to extend my deepest thanks to Momoi-san for taking time from her busy schedule to speak with me.

Note: Interview has been edited for clarity.

Anime Herald: Who would your favorite musical artist be? What would you say your biggest influences are in music now?

Haruko Momoi: I have no idea! It’s just Momoi Haruko. (laughs) I like a whole lot of groups. What do you guys like? (laughs)

Anime Herald: Do you prefer performing live, or recording in the studio? Why?

Haruko Momoi: I really like live concerts better! (laughs) Mm.. so, I do also like the studio, but when I’m making songs and singing them in the studio I’m always thinking about how they’ll come out at a concert. But of course, singing in concert like the one I did last night in front of everybody was a lot of fun.

Anime Herald: What would your favorite venue be? Why do you like performing there, in particular?

Haruko Momoi: Fenway Park! (laughs) I went to Fenway yesterday, and I walked the whole way there. It took about 10-15 minutes to get there. Because Fenway is an older brick building, it’s really, really lovely. I wanna go see some baseball at Fenway! So, I think by all means, if I’m able to come to Anime Boston again, I want to go see some baseball!

Anime Herald: How would each of you describe your music, your feel? Haruko Momoi: Otaku songs. By otaku, for otaku!

Anime Herald: You’ve performed a number of covers of American ’80s songs, including Video Killed the Radio Star and Call Me. What drew you to this era, and do you see yourself doing more in the future?

Haruko Momoi: I decided on those songs because they were songs that I listened to growing up, and heard them. Also, whenever I was listening to these songs from my childhood, I didn’t know the meaning behind the words, but I sang them anyway. But now, having grown up a little, I listen to them again, and some songs have another meaning behind them, a little bit of a different meaning, and that’s fun too. So I like singing the older songs, now. It’s something a little different.

Anime Herald: Your love of classic video games really carries through your music, be it in Wonder Momo-i or your Famison 8BIT Albums. What games have made the biggest impression on you and why?

Haruko Momoi: I really do like older games, and I like my Lynx II. Has anyone heard of the Lynx II? It’s a handheld system from Atari. (laughs) So, really, more than Japanese games, I like American Games a whole lot. I particularly like Rampart, a game like Tetris in a way, where you build a wall. But then, people attack each other! (laughs) I also like California Games. Even though it’s a Japanese game, I like Pac-Man as well. I collect Pac-Man goods.

Anime Herald: You’ve performed in a number of anime titles, which range from Ai Yori Aoshi to Steins;Gate. What would you say is your favorite role, and why?

Haruko Momoi: I dunno! I think any voice actor who gets asked this question has the same feeling of unease. As for why, whenever a voice actor or actress is playing a character, that character becomes their favorite. But the first song from my concert was the opening song for Nurse Witch Komugi, and that was my first role, so I think that one has a special place in my heart.

Anime Herald: What led you to pursue learning the keytar?

Anime Herald: How you prepare for a show? Is there anything you do in particular in the lead-up?

Haruko Momoi: In order to prepare, I get in a really, really good mood. I have to get all worked up and ready to go onstage. So many people came to the concert last night and told me “Oh, I hope you do a good job! I hope you do well!” And that, of course, helps me prepare for future concerts. It helps me feel better. And then also seeing everyone’s encouragement on blogs and on Twitter. I read all of them!

Anime Herald: Where do you see yourself in the future? What goals would you like to achieve in the next few years?

Haruko Momoi: I want to keep doing things like I’m doing right now, like Anime Boston! (laughs) I want to keep kind of doing the same things that I’m doing now: making songs, being a voice actress, going to new concerts like Boston again. That’d be great, because my lifestyle right now doing all of these things is so much fun, I hope that I can continue doing them from now on.

Anime Herald: What is your favorite anime series, and why?