A Conversation With A Living Legend: Masao Maruyama 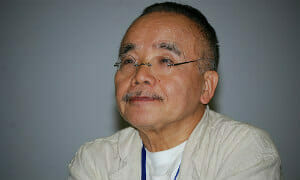 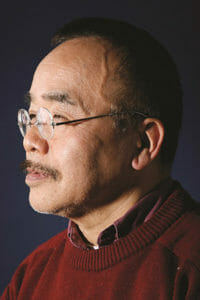 In the anime industry, there are few who can boast a legacy as rich as Masao Maruyama. Forged in the fires of Mushi Production, Maruyama was one of the talented folks who shaped the anime industry from the beginning. Through Madhouse, he helped to set the tone of the ’80s, and played a key role in bringing countless western favorites to life in the ’90s. Even today, he remains a driving force at studio MAPPA.

Maruyama’s guiding hand shaped countless productions, from Trigun and Black Lagoon to Chobits and Nana. He’s a living legend, renowned among his peers and adored by anime fans across the globe.

To have the opportunity to interview Maruyama-san at Anime Boston was the chance of a lifetime. Through a round-robbin session, I, and several other outlets, had the opportunity to discuss his career, and his work. Though the session was short, it was a truly unforgettable experience for everybody involved.

I would like to thank Maruyama-san for taking the time to speak with us. I’d also like to thank Angie and the rest of the Anime Boston Staff for helping to make this happen.

Evan Bourgault (Boston Bastard Brigade): So you started your career working at Mushi Production founded by Osamu Tezuka who is like the god of manga and, from standpoints, the man who helped start this anime craze to begin with. What were some of the things that you learned from Tezuka while you were working under his wing?

Masao Maruyama: My whole existence here is entirely because I had a coincidence of working for Tezuka-san. My whole DNA is all because of Tezuka-san. At first, Tezuka-san was working for Toei Production and he had worked on titles like Hakujaden (The Tale of the White Serpent, 1958). And I believe Toei, at the time, was trying to create movies that were more Disney-style. And they worked on things like Saiyuki (Alakazam the Great, 1960). But Tezuka-san felt that was not what he wanted to do, and that was when he started his own production.

Around that time, the Japanese animation industry could release something maybe once every three years. That’s all the people we had, and that’s really any kind of resource we had. That was the best we could do.

And releasing movies, there are lots of issues that have to be cleared. And Tezuka-san didn’t have the freedom to do what he really wanted to do. So he created Tezuka Production, well Mushi Pro with his own money. And his first title was Tetsuwan Atom (1963), the Astro Boy, and I was involved in that. Astro Boy was not like anything released in Japan before that, and it’s actually the base of all anime in Japan since then. The format was a TV format to be released once per week, 30 minutes. And that’s not like anything that had been done in Japan before then.

And so, movies before then were full-animation, like Disney style, with lots of movement everywhere. And that was time consuming to do. So, in order to release once per week, a lot of movements had to be cut down and had to be simplified. And that was new to the industry, and it was a really crazy idea that wasn’t around before.

So the idea was seemingly crazy, but he created this technique where he would move some parts of the animation and not move some others, and trick the eyes into thinking that the whole thing was moving. And he taught us such techniques that we could base future works on. I was in my early 20s at around that time, and honestly I wasn’t all that interested in anime. And I didn’t know much about anime. But Tezuka-san needed people, and he took in all sorts of people including those of us who weren’t experienced at all. And I really had the coincidence of joining his workforce, and it’s been fifty years!

So it probably wasn’t the beset working conditions in the world, and there were a lot of us who didn’t know what was exactly going on. But people like me, Rintaro, Yoshiyuki Tomino of Gundam, we were all there. And we were working on this new thing, and we knew that it was an interesting thing that we were working on.

Mike Ferreira (Anime Herald): Since starting Madhouse, your work has shown such a different philosophy of production as opposed to the old Tezuka Pro formats. What led to such a tonal shift, and how has this really shaped your work through your career?

Masao Maruyama: So, some of us were working on Ashita no Joe (1970) at Mushi Pro. Dezaki Osamu and some others like Kunimatsu-sama No Otôridai (1971). And aroudn that time, Mushi Pro went under, and we all needed a place to work> That’s when some of us got together and created Madhouse. And our philosophy was that we were going to do what we wanted to work on. And later, Dezaki created a separate company called [Anapol?]. What triggered that was that Ashita no Joe, the work that we all worked on, they wanted to create a part 2 of that. And I didn’t really want to do that, and we decided our separate ways and they created a separate company so they could work on that.

Patrick Aguda (Operation Rainfall): What inspired you to leave Madhouse and create MAPPA?

And of course, Mappa’s now gotten big, so I don’t know what to do now! (laughs)

C.J Maffris (Toonami Faithful Podcast): You worked on Trigun with Madhouse, and also the movie Badlands Rumble. Trigun achieved a higher level of success here in North America than is reportedly did in Japan. Was that surprising to the staff at Madhouse?

Masao Maruyama: This obviously isn’t everything that I worked on, but a number of the titles that I worked on, Trigun being one of them, they seem to be getting more popularity outside of Japan. And some of the things that Satoshi Kon’s worked on, they seem to be very popular in France. And my theory is that maybe people overseas are better at identifying things that are really good, but that’s just a theory. (laughs)

Astro Boy was obviously very popular in Japan, but it has won popularity in the US as well. Another title I can think of is Ninja Scroll that [Yoshiaki] Kawajiri’s worked on, and that one is very popular in the US and France. The titles that I personally like seem to be popular in other countries, too.

High School Newspaper (Author and Outlet Anonymous): I was wondering that you’ve always produced a lot of shows about youth, such as Kids on the Slope and The Girl Who Leapt Through Time. So are you appealing to the anime industry’s tendency to portray youth, or are you just remembering your own youth? Do feel like you’ve accurately portrayed how it feels?

Masao Maruyama: Well, I’m young! (laughs) In order to keep producing anime, It think curiosity is really a key. You also have to be emotionally young. My physical age is 75, but I try to become one year younger every year! (laughs)