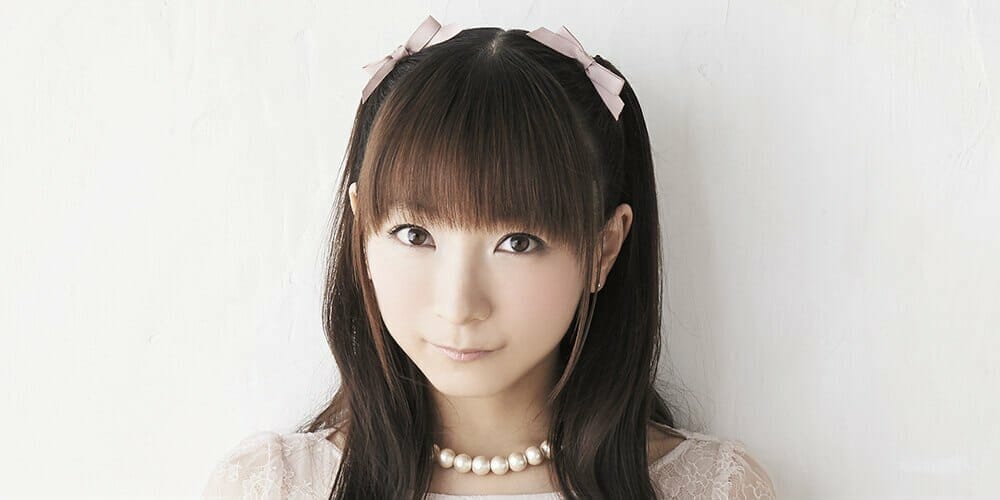 Imagine for one second that you are Yui Horie. You’re an accomplished singer and voice actress. You have nine albums to your name. The character you created for the concert videos, Miss Monochrome, is being released in a virtual reality game (Showmaker). You’re testing out the VR features:

“Looking at Miss Monochrome in VR is beautiful. The first thing I did was look up her skirt.” -Yui Horie

Some brief background on Miss Monochrome: The character first appeared in Yui Horie’s concert videos as an antagonist during The Adventure Over Yui Horie III ~Secret Mission Tour~. She was trying to take over the world, and make it black and white. Since then, she has changed her ambitions and is now trying to become a successful idol. Miss Monochrome appeared in an eponymous anime from King Records, and is now headlining the Showmaker VR game, also from King Records. It’s been quite a run for her. Next up, she’ll be smashing a watermelon on August 5th, in Yamagata prefecture. For an idol whose motto is “Want to be more famous!”, I’m glad she’s so down to Earth.

Back to Yui Horie. She shared that she always likes coming back to Anime Expo:

“I’m always amazed at the cosplay and the tee shirts. They know the characters even better than I do!” -Yui Horie

Her thoughts on Miss Monochrome:

“Miss Monochrome wanted to be the front-runner. She started to express herself and vocalized her dream.” -Yui Horie

“Keep saying what you want to achieve.” -Yui Horie

“I don’t really know what happened.” -Yui Horie (Editor’s note: She’s gone on record that her role was to provide moral support)

So, what does Yui Horie want?

“I want to win the lottery. I want to get married. I want to be a detective.” -Yui Horie

At this point, we discussed Miss Sherlock. When the discussion turned back to anime:

I asked her if she plays games and she nodded.

She then showed me her “ita-bag” with pins from the game.

“A lot of girls make these bags. It’s very popular in my industry. Many of my friends have these bags.” -Yui Horie

At this point, I turned the discussion over to Horie, and asked what she would like to ask. She was curious what American anime fans were interested in. We talked about Yuri!!! on ICE and Attack on Titan. Then we got to the new hotness: Pop Team Epic!

I wish I could show you the expressions around the room when I explained that Pop Team Epic is now on American television via Adult Swim’s Toonami block. Like Showmaker, it’s also a King Records property. A member of Horie’s team exclaimed “It’s a junk anime!” (Which is something the Pop Team Epic crew takes pride in.)

Apart from smashing a watermelon (while blindfolded), I was curious if they had any other plans for the future.

“We are working on a live VR concert greater in scope and scale than anything that has been done before. It would be the first of its kind if we can achieve our vision.” –

I closed by asking if Yui Horie had anything she would like to say to her American fans:

“I’d love to have American audiences upload videos of themselves playing Showmaker.”

Special Thanks to Yui Horie for granting this interview. Thanks to Anime Expo and King Records for making it possible.