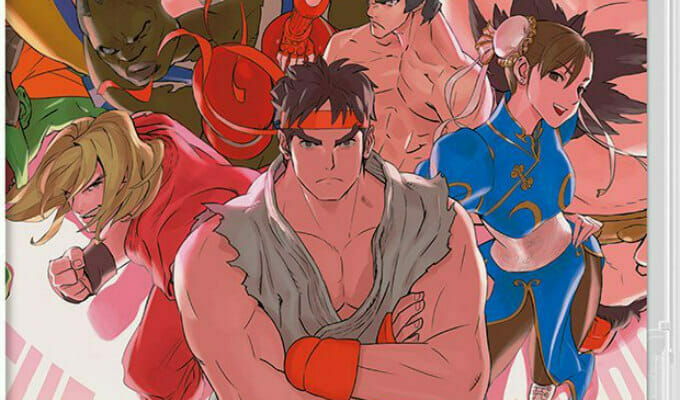 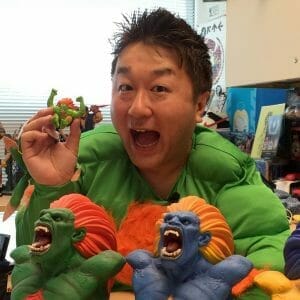 Anime Herald: It’s quite a flight from Japan to Los Angeles. What inspired you to come out to AX this year?

Yoshinori Ono: For the last ten-to-fifteen years I’ve been coming to LA four to five times a year for different industry events. This is my first time visiting Anime Expo. I’ve been interested in Anime Expo for a while, but hadn’t had a good opportunity to visit. This year, the CEO of Anime Expo invited me as one of the Guests of Honor. I thought it was a good chance to see Anime Expo and reach out to the wider fans. I saw a lot of cosplayers outside. This was a chance to meet with a new part of the fanbase who loves Street Fighter.

Anime Herald: The competitive fighting scene has grown dramatically in the last decade. Has that affected Capcom’s design philosophy?

Yoshinori Ono: There have been two major reasons for a huge paradigm shift in the market. The first is the internet; everyone has access to it. The second is the new terminology and the recent development and growth of eSports in the past five to six years.

The internet changed the fighting game scene widely. Players could now face opponents from around the world. A player in Japan could communicate with a player from the west. Another part of the internet that benefited the fighting game scene was the development of streaming. We have Youtube and Twitch personalities promoting the games. The way this has changed the industry is that, a long time ago, when a player figured something out, say how to beat this boss or finish this mission, it took quite a long time for that knowledge to spread. Now, it can be shared worldwide in less than twenty-four hours.

Linked with the expansion of the internet is the terminology of eSports. Before eSports started, fighting games tended to be multiplayer games. You could play with your friends, your peers, or your siblings. Now, you could play with random players from all over the world. That changed the environment of the game. What gamers expected from the game changed, which is something we have to be mindful of.

Anime Herald: Dhalsim, Ryu, and M. Bison have all visually aged. Do you expect to do that to other Street Fighter characters, or would it break your heart to do that to Cammy and Chun Li?

Yoshinori Ono: It wasn’t our specific intention to age certain characters while keeping the rest young. Street Fighter is known for having a beautiful set of characters. Since we have a wide range of fans, we understand that each fan has their own image of their favorite character. They’d be shocked if we turned their favorite character into their correct age. No one would want to see us make Chun Li fifty-one years old. Our policy is to make our fans happy. We want to protect the image of our legacy characters. We do make small edits from time to time to update the characters and please the fans.

Regarding Dhalsim and M. Bison, they do look a bit aged. We felt that would make them look a bit cooler.

Anime Herald: How did Blanka become your personal mascot?

Yoshinori Ono: This question came up yesterday. To be honest, Blanka isn’t my favorite character. Ten years ago, a hamburger chain in The Philippines created [the toy I have] for children’s meals. When I got to the office, there were tons of them as samples. It looked very impactful, which means people remember it. I started using Blanka as my icon. When traveling, I take photos of Blanka so it looks like he’s traveling all over the world promoting Street Fighter.

Since I’ve been using Blanka as my icon for a long time, when I attend a panel the fans will cheer more when I take out Blanka than they will cheer for me. I think his duties have been fulfilled, and he can do everything on his own now.

Anime Herald: Where do you see the fighting scene going in five-to-ten years?

Yoshinori Ono: Last year, Street Fighter celebrated its 30th anniversary. It was wonderful working with this IP for so long. There are some positives and negatives when an IP runs this long. The positive is that we’ve been able to reach such a wide range of fans. I’m very grateful for that. However, that means we must engage the legacy audience while reaching out to new fans. That’s challenging.

Anime Herald: How difficult is it to balance the complexity required for high-level play versus the accessibility required to attract new audiences?

Yoshinori Ono: That is a really good question. We are still in the trial and error phase of that, so we don’t have a good answer. The example that I give to my team is [to] imagine a person in a race circuit. There are some hardcore people that would insist on a high level GT manual transmission. Other people would need to drive a Honda automatic. We are creating a game that works for the GT drivers, but we need to make sure it works and is engaging for the Honda drivers.

The original analogy of the different racing cars came from the head of Toyota. He mentioned that his idea was to give the enjoyment of driving to the wider audience. When I heard that, it was pretty shocking to me. The way most people use cars is to get from point A to point B. Most people don’t think of that as something fun. Making the experience something enjoyable is a noble goal. I thought that was a great idea, and I’m trying to apply it to my job.

Anime Herald: Final question: Is there any hope for hair in Seth’s future? 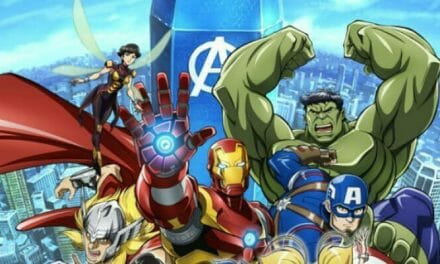