Aniplex of America Adds “Your Lie In April” 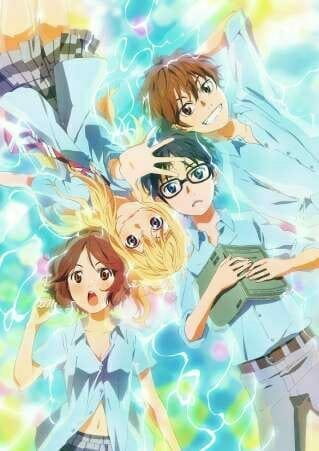 Aniplex of America announced that they acquired the domestic rights to Your Lie In April. The title will begin simulcasting in October on Hulu and Crunchyroll. The series will debut on Japanese and western airwaves in October 2014.

In addition, the company launched the official webpage for the show, which hosts details on the series and an English subtitled trailer, which we’ve posted below. 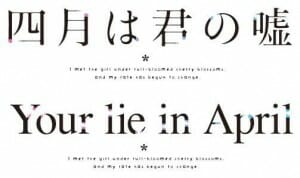 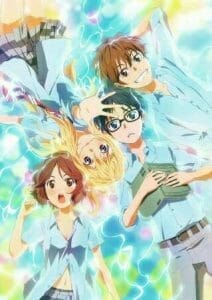 The Award-winning Story’s Anime Adaptation to begin Streaming this October!

SANTA MONICA, CA (September 13, 2014) –Aniplex of America, Inc. recently announced at their industry panel at Nan Desu Kan (Denver, CO.) that they have acquired Your lie in April, one of this Fall season’s most highly anticipated anime series. This romantic drama series will begin its simulcast schedule this October and will be available for fans to stream on the free,ad-supported Hulu and Hulu Plus subscription service (www.hulu.com) and Crunchyroll (www.crunchyroll.com). The start date and time of the streaming schedule will be announced at a later date. Aniplex of America, Inc. had also announced that their official English homepage for Your lie in April will launch today at: www.YourlieinApril.com where fans can enjoy details on this upcoming series including detailed character descriptions and an English subtitled trailer.

Your lie in April is an anime adaptation of the original manga series created by the author Naoshi Arakawa and is currently serialized in Monthly Shonen Magazine since 2011. The series has won the 37th Annual Kodansha Manga Award in the Best Manga for Young Male category in 2013.

A-1 Pictures (Sword Art Online, Blue Exorcist, Magi: the Kingdom of Magic) will be responsible for the animation production.

About Your lie in April

“The spring of my 14th year—you changed my world…”

A boy, who felt empty each day, meets a girl.

Her free and heartfelt musical performance restores the color back into the boy’s life.

On his 11th winter, Kousei Arima, a piano prodigy suffered from the trauma of losing his beloved mother. He was unable to hear the sounds he was playing. Since then, the boy began to distance himself from the piano. With his mother and the piano both gone from his life, the boy’s days became dull and monotonous.

One day, Kousei’s childhood friend Tsubaki Sawabe introduces him to her classmate. Her name was Kaori Miyazono. Kaori was a violinist who often performed at competitions. But her performance was nothing Kousei had imagined. Free, powerful, and passionate—Kaori’smusic did not follow the regulations of the competition at all. Kousei was immediately enthralled by Kaori’s bold performance. The boy began seeing color being restored to his life.

“I had a horrible first impression of her, she had a violently short-temper and terrible personality…but…she is…absolutely beautiful.”

The boy and the girl are brought together by music. Can the heartfelt sounds of the girl’s violin lead the boy to play the piano again?