Aniplex of America announced that their parent company is developing an anime adaptation of Akane Shimizu’s Cells at Work!. The publisher opened an English-language website, which contains a staff list and a key visual. 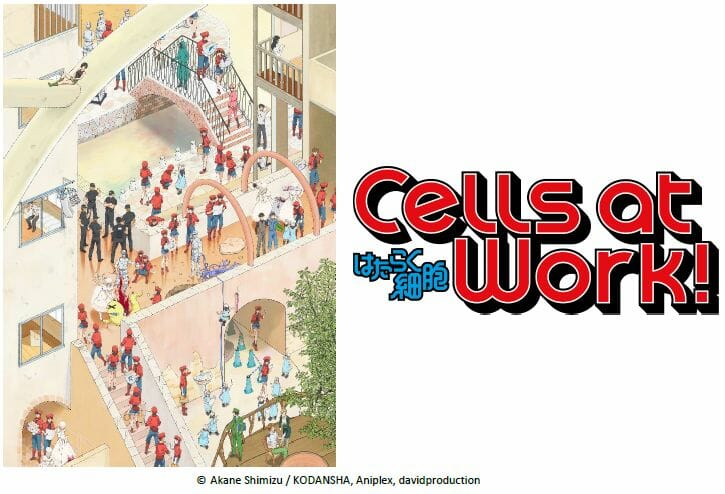 This is a story about you and the cells hard at work within you!

SANTA MONICA, CA (January 18, 2018) – Aniplex Inc. announced today that they will be developing the manga series about anthropomorphized cells within the human body, Cells at Work!, into a TV anime series. Aniplex of America also launched a teaser site and a Facebook page for the brand new action comedy anime slated to debut in summer of this year. The series is an anime adaptation of popular manga series by Akane Shimizu from publisher Kodansha’s shonen manga magazine Monthly Shonen Sirius. Animation production will be handled by anime powerhouse david production (Jojo’s Bizarre Adventure, ERASED) with Kenichi Suzuki (Drifters, Crayon Shin-chan) as director, series composition by Yuko Kakihara (Persona 4: The Animation,Digimon Adventure tri.), and character design by Takahiko Yoshida (Honey and Clover, Oreimo2). The highly anticipated series is scheduled to premiere July of 2018.

Cells at Work! takes an interesting spin featuring anthropomorphized cells as blue collar workers hard at work within the human body. Throughout the series, the workforce, which includes red blood cells, white blood cells, killer T-cells, macrophages, and platelets, deal with the many perils brought about by constant bacterial invasions. Though scientifically accurate, the series takes a comical and action packed look into the epic yet microscopic battles that happen within our body every day. Regarding the story, Rebecca Silverman from Anime News Network notes “creator Akane Shimizu does a good job of making each chapter both entertaining and educational, using the tropes and varied art styles of shounen action manga to tell the story.”

About Cells at Work!:
This is a story about you. A tale about the inside of your body…

According to a new study, the human body consists of approximately 37 trillion cells.
These cells are hard at work every day within a world that is your body.

From the oxygen carrying Red Blood Cells to the bacteria fighting White Blood Cells,
Get to know the unsung heroes and the drama that unfolds inside of you!

Additional information on Cells at Work! will be available at: www.cellsatwork-anime.com and the official Cells at Work! USA Facebook page atfacebook.com/CellsAtWorkUSA.