Aniplex of America announced that they will start streaming I’ve Always Liked You (Zutto Mae Kara Suki Deshita: Kokuhaku Jikkō Iinkai) on Crunchyroll. The film will debut on October 4, 2016 at 10:00AM Pacific (1:00PM Eastern). 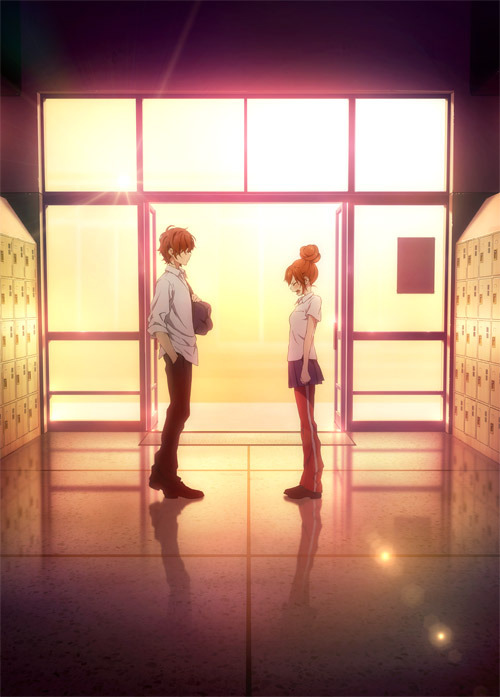 HoneyWorks’ Romantic Musical Film will be Available on Crunchyroll

SANTA MONICA, CA (September 17, 2016) –Aniplex of America announced today at their industry panel at Yaoi Con (San Francisco, CA) that they will begin streaming the animated film, I’ve Always Liked You through Crunchyroll (www.Crunchyroll.com) starting October 4, 2016 at 10AM (PDT).

Aniplex of America also unveiled the English subtitled trailer of I’ve Always Liked You which listed the main staff and cast for the project. They have also confirmed that the official premiere date and time will be announced at a later date.

I’ve Always Liked You is an animated adaptation of creator unit HoneyWorks’ music series called “Confess Your Love Committee – Romance Series-” which includes hit songs from their 2014 debut album, “I’ve Always Liked You.” This album was received very well by fans across Japan and charted at #4 their first week on the Oricon Weekly Ranking. HoneyWorks, comprised of three main members Gom (Composer), shito (Composer), and Yamako (Illustrator), and several other supporting members, is an online music creator unit utilizing the popular Vocaloid voice synthesizer software to create positive rock songs they categorize as “kyun kyun kei” (lit. heart-throbbing type) or “seishun kei” (lit. youthful type). Their songs, usually accompanied by a music video, have received over 100 million views across sites such as Youtube and NicoNico.

The film, which was released in Japanese theaters this past April, centers on high school students Natsuki Enomoto (voiced by Haruka Tomatsu) and her childhood friend Yu Setoguchi (voiced by Hiroshi Kamiya). Natsuki hopes to confess her love to Yu but is unable to admit to her true feelings, and ends up telling Yu that she is simply practicing how to confess her love to somebody else. While Natsuki hides her true feelings for Yu, she is asked by her classmate Koyuki Ayase for a date. The story features the sweet but sometimes bitter trials and tribulations surrounding young romance.

The official U.S. website for I’ve Always Liked You (AniplexUSA.com/honeyworks) will be launched at a later date. Details will be released soon.