Aniplex of America announced that they will host a theatrical premiere event for Fate/Grand Order Absolute Demonic Front: Babylonia. The screening will be held at Los Angeles’ Aratani Theatre on September 29, at 4:00PM Pacific.

The event will begin with a showing of the “Episode 0” prologue episode. This will be immediately followed by episodes 1 and 2. Tickets will be priced at $12.50 when they go on sale on September 10, at noon Pacific. Customers will be able to purchase tickets via the Aratani Theatre’s website. 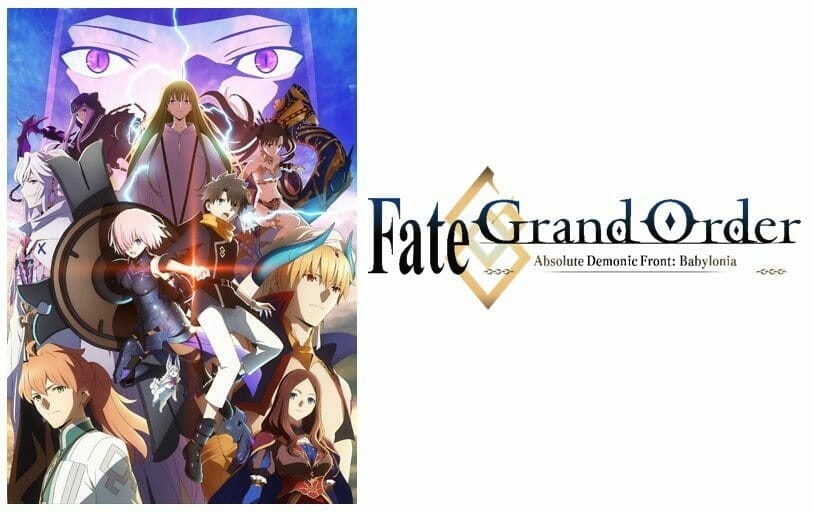 Calling all Masters! The Absolute Demonic Front  comes to Little Tokyo for one night only!

SANTA MONICA, CA (September 9, 2019) – Aniplex of America will host the North America premiere of the highly anticipated new series, Fate/Grand Order Absolute Demonic Front: Babylonia on September 29 at the Aratani Theatre in the historic Little Tokyo neighborhood of Los Angeles.  Lucky fans will be the first to experience this heart pounding new series produced by the acclaimed studio CloverWorks (The Promised Neverland, Rascal Does Not Dream of Bunny Girl Senpai), ahead of its premiere on October 5. The supersized screening will feature three episodes beginning with the prologue Episode 0, which was released on August 3, followed by the premiere of episodes 1 and 2. Aniplex of America will also be selling a limited supply of exclusive merchandise from the show. Tickets will go on sale Tuesday September 10 at 12 PM (PDT) on the Aratani Theatre website with tickets priced at $12.50.

Seating will be on a first come, first serve basis with a free giveaway at the door and show time is listed at 4 PM (Local Time) on Sunday, September 29.

As the newest series addition to the international phenomenon that is the Fate franchise, Fate/Grand

Order Absolute Demonic Front: Babylonia chronicles the seventh Singularity of the immensely popular Fate/Grand Order mobile game, which has been recognized as one of the most successful mobile games in the world with over 41 million global downloads. The series is helmed by the two godfathers of the Fate franchise with Takashi Takeuchi serving as lead character designer along with Kinoko Nasu and TYPE-MOON handling the original story. The series has also enlisted Toshifumi Akai, best known for his work as the storyboard animation director for Porter Robinson’s “Shelter” music video, as the director with Miyuki Kuroki of The [email protected] SideM as assistant director.

(Yuuna and the Haunted Hot Springs, Laid Back Camp) as protagonists, Ritsuka Fujimaru and Mash Kyrielight, along with Ayako Kawasumi, most known for her iconic role as Saber within the Fate series, as Fou. The series also reunites Fate/Zero and Fate/stay night [Unlimited Blade Works] cast members Tomokazu Seki, as fan favorite character Gilgamesh, Yuu Asakawa as “Rogue Servant” Ana, and Kana Ueda, who lends her voice as the Mesopotamian goddess Ishtar. Rounding out the all-star cast are veteran voice actors Kenichi Suzumura (the Garden of sinners, Gintama) as Romani Archaman, Takahiro Sakura (Cells at Work!, Demon Slayer: Kimetsu no Yaiba) as Merlin, and Maaya Sakamoto (Black Butler, Fate/Apocrypha) as Leornard da Vinci.

The last era in which Magecraft still existed.

Society was created by human hands, but Mages grasped the truth of the world. Magecraft is comprised of techniques from past humans that cannot be explained by science, while science encompasses the techniques of future humans that Magecraft cannot achieve. Researchers and scholars of both Magecraft and science have been gathered to maintain human civilization under the Chaldea Security Organization. But calculations then proved the extinction of humanity in 2019. The cause of this is “realms that cannot be observed” that suddenly appeared in various eras of history, called “Singularities.”

Ritsuka Fujimaru, the one Master remaining in Chaldea, has been intervening within these Singularites, alongside the Demi-Servant Mash Kyrielight. He has been attending to the forbidden rituals to resolve or destroy the Singularities: the “Grand Order”.

A seventh Singularity has been discovered—in ancient Mesopotamia in the year 2655 B.C.

The land of Uruk, governed by the wise King Gilgamesh after his return from a journey seeking  immortality, was grand and prosperous until three goddesses and countless Demonic Beasts appeared. These enemies have brought Uruk to the brink of destruction. With a “Rayshift”—a method of time travel to the past—Fujimaru and Mash arrive in the lands of Uruk to encounter the fortress city of Uruk and the Absolute Demonic Front, fighting back the fearsome attack of the Demonic Beasts. There, the people who live their lives to the fullest despite facing a major threat, continue to fight for their future. Deities and Demonic Beasts make their assault, and mankind stands up against it…

It is the destined era where humans and gods part ways.