Anthem of the Heart To Get North American Theatrical Run 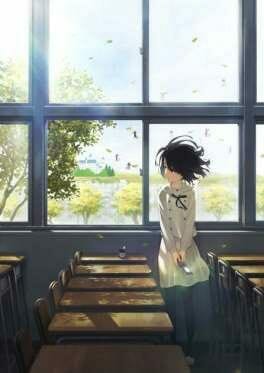 Aniplex of America announced that they will give Anthem of the Heart a theatrical run in North America. Through a partnership with Eleven Arts, the company will screen the film in theaters across the United States and Canada starting in November.

Tickets to the feature are now available for purchase online. The film will be screened in subtitled format.

In the United States, the film will be shown in fourteen states and Washington D.C. 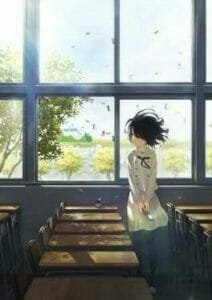 All New Feature by the Anohana Creators to Hit Select Box Offices This Fall!

SANTA MONICA, CA (September 18, 2015) –Aniplex of America Inc. announced today their plans to screen the theatrical feature, The Anthem of the Heart -Beautiful Word Beautiful World-, in North American theaters starting November 1st. Tickets will go on sale today on the official U.S. homepage (www.AnthemoftheHeart.com) for theaters located in the U.S. and Canada. Aniplex of America has also confirmed that participating theaters will distribute an exclusive giveaway item, the “Cast Message Board,” from Japan to patrons while supplies last. The Anthem of the Heart -Beautiful Word BeautifulWorld-, will be distributed by ELEVEN ARTS and will be featured in the original Japanese audio with English subtitles.

Suddenly, a mysterious “Egg Fairy” appears in front of Jun and casts a curse on her so that she can never hurt anybody with her words. Jun’s ability to speak is sealed away: every time she tries, she feels a pain in her stomach. Traumatized by this experience, Jun hides her feelings deep inside of her heart, turning to e-mail messages on her mobile phone as her sole means of communication.

Jun is now a second year high school student. One day, her homeroom teacher appoints Jun and three other students as members of the Community Outreach Committee. As it turns out, the appointed group is a rather unexpected mix of students. Other than Jun, the members of the Committee are Takumi Sakagami, the burn-out who never speaks his true intentions; Daiki Tasaki, the former baseball team ace who failed his run at the Championship due to an injury; and Natsuki Nito, the cheerleader and honor student who has some concerns about her love life. They all suffer from emotional trauma just like Jun.

For more details on The Anthem of the Heart -Beautiful Word Beautiful World-, please visit: AnthemoftheHeart.com

Produced by: The Anthem of the Heart Committee

(with The Twilight Samurai in 2004) Yoji Yamada’s samurai film Love and Honor. ELEVEN ARTS is also a respected distributor of popular animation titles such as the Evangelion franchise, Fullmetal Alchemist: The Sacred Star of Milos, and Puella Magi Madoka Magica The Movie Part 1: Beginnings/ Part 2: Eternal, Blue Exorcist: The Movie, and Puella Magi Madoka Magica The Movie Rebellion, EXPELLED FROM PARADISE, The Last: Naruto the Movie and upcoming Boruto: Naruto the Movie.