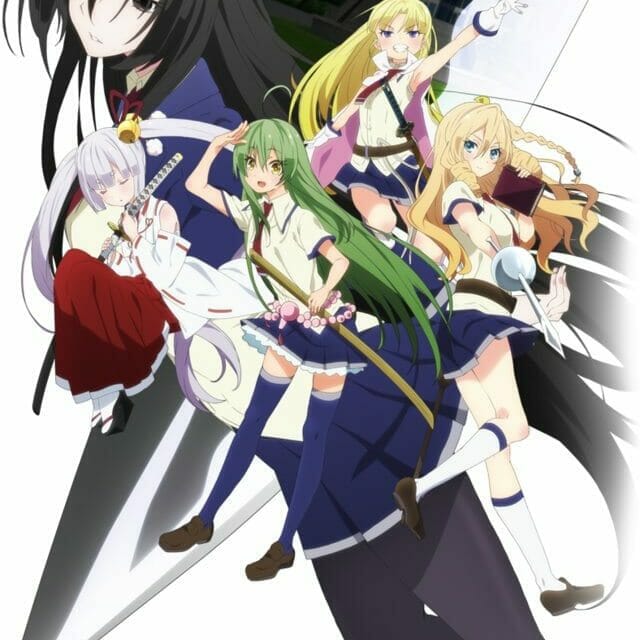 HIDIVE announced that they acquired the streaming rights to the Armed Girl’s Machiavellism English dub. The series will start streaming in the United States, Canada, Australia, New Zealand, the UK, Ireland, and other select regions on August 18, at 16:00 UTC (12:00PM EDT, 9:00AM PDT). New episodes will be added on Saturdays.

HOUSTON, TX, August 16, 2018 – HIDIVE announced today that it acquired the streaming rights to the English-language dub of Armed Girl’s Machiavellism for subscribers in the USA, Canada, Australia, New Zealand, the UK, Ireland and other select territories. The first dubbed episode premieres August 18, 2018 at 16:00 UTC with a new episode added every Saturday.

After being expelled from his old high school, the headstrong and hot-headed Nomura is sent to the Aichi Coexistence Academy where he learns, that as a problematic student, he has to dress and act like a girl! He refuses to give in to the rules and ends up facing the wrath of the Supreme Five Swords, an all-female group well versed in weaponry. Despite decades of subduing even the most stubborn student, the Supreme Five Swords face a true challenge.

For more information, a full list of plan features, or to sign up for HIDIVE visit https://www.hidive.com

You can also learn more about HIDIVE at:

Since launching in 2017, the service has expanded from its browser-based platform to include mobile devices and set-top boxes. The HIDIVEservice offers new simulcasts every season, an ever-growing collection of dubs, and exclusives. For more information, or to start a free trial, visitHIDIVE.com. HIDIVE and DUBCAST are trademarks of and © HIDIVE LLC.