Crunchyroll and Hulu to Stream Record of Grancrest War Anime 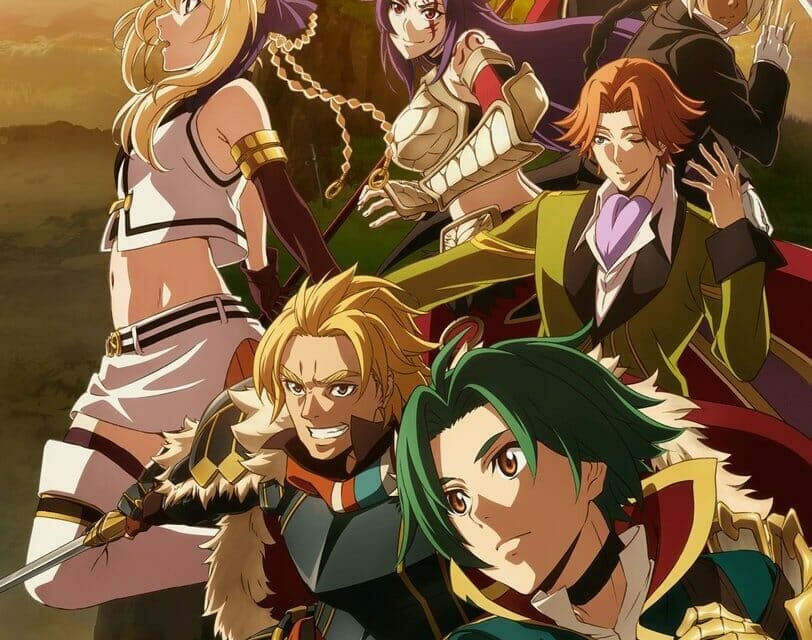 Aniplex of America announced that Hulu and Crunchyroll will host simulcasts for the Record of Grancrest War anime. The series will premiere on both networks on January 5, 2018 at 11:30AM Eastern (8:30AM Pacific).

The world’s greatest record of war fantasy begins in January!

SANTA MONICA, CA (December 12, 2017) – Aniplex of America is proud to announce that Record of Grancrest War will begin streaming in January 2018 on Crunchyroll and Hulu. The new anime is based on the light novel series by Ryo Mizuno, who is best known for the fantasy novel Record of Lodoss War, which sold over 10 million copies in Japan. In a recently released English subtitled trailer by Aniplex of America, fans got a glimpse into the series’ story, which opens with a passionate declaration of allegiance by mage, Siluca Meletes, played by voice actress, Akari Kito (ERASED,BLEND-S).  The series also stars Kentaro Kumagai (Charlotte, Fate/Grand Order – First Order –) as vagrant knight Theo Cornaro, whose ambitions of freeing his homeland from oppression is the central plotline of the series. Mamoru Hatakeyama will be directing the series with the animation studio, A-1 Pictures (Sword Art Online, ERASED, Blue Exorcist). The series is scheduled to premiere on January 5, 2018 at 8:30 am PST on Crunchyroll and Hulu.

Record of Grancrest War also features a supporting cast of all-star heavyweights including Yuichi Nakamura (Durarara!! series, The irregular at magic high school franchise), Satoshi Hino (Magi: The Kingdom of Magic, The irregular at magic high school THE MOVIE – The Girl Who Summons the Stars -), Yoshitsugu Matsuoka (Sword Art Online, Eromanga Sensei), and Ai Kayano (anohana – The Flower We Saw That Day –, March comes in like a lion). The series’ opening theme “starry” is by Mashiro Ayano (Fate/stay night [Unlimited Blade Works]) and ending theme “PLEDGE” is by ASCA (Fate/Apocrypha).

Theo Cornaro: A young Lord on a journey to liberate his village from tyranny. The Crest he wields with his right hand may still be small, but he devised it with his own power; he serves no master. Although he still has a long way to go before he can harness his full powers as a Lord, he is a man with a strong sense of justice, willing to fight for the downtrodden.

Siluca Meletes: A prodigious female mage who graduated the magic university at a young age.

Aside from magic, she has various other skills and knowledge, such as diplomacy, politics, and tactics, to assist her Lord. With the Lords lacking any ideals, constantly feuding over wealth and authority, she was in despair until she met Theo, and forced him into entering a contract with her as his loyal mage.

About Record of Grancrest War:
“I, Siluca Meletes, hereby make a contract with the Crest of Knight Theo, and swear my allegiance for all of eternity.”

A lone mage named Siluca and a vagrant knight named Theo make an oath as master and retainer, with hopes of bringing reform to a land riddled with war and Chaos.

Atlatan is a land dominated by Chaos, factors that twist the laws of nature and cause disruption throughout the world. Fearing disaster brought about by Chaos, the people lived protected by “Lords;” those with the power of “Crests,” used to suppress Chaos. However, the Lords decided to abandon the concept of protecting the people and turn against each other secretly in war, stealing each other’s Crests to gain dominion over one another.

Among these people are Siluca, a lone mage who despises the Lords, and Theo, a vagrant knight who continues his journey of training to someday liberate his homeland from tyrannical rule.

Enticed by Theo’s ideals, Siluca’s coercive tactics have the two forming a contract and together, the pair work to reform a war-torn land.

Unfolding around the crystal of order, “Grancrest,” the world’s greatest record of war fantasy begins!!