Daisuki announced that they launched their Daisuki Next streaming app on Apple’s iOS platform. The app is available for users in the United States and Canada. The app was previously released on Google’s Android platform.

With the Daisuki Next app, users are able to watch the first two episodes of available shows for free. Subsequent episodes can be viewed via ad support or a paid subscription.

Daisuki’s premium subscription service is priced at $6.99 per month. 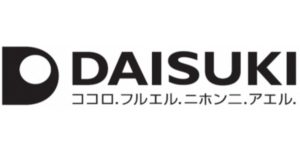 iOS Service of DAISUKI NEXT Begins on February 14.

Not just a streaming app, not just a social network, DAISUKI NEXT is the newest viewing experience for anime fans.

Stream Anime with the DAISUKI NEXT Time Table.

Premium Members Can Watch Without Interruption.

Check out the app now and bring your anime-watching to the NEXT LEVEL!

“DAISUKI.net” is an official website for distributing Japanese anime to the world.  Find items only available at official websites! From anime popular around the world to the latest from Japan!

Just like how the word “anime” has become widely used, Japanese animations are taking the world by storm. But is the anime you’re watching the real thing?
DAISUKI is a new service created by real anime companies that have continued to create Japanese anime.

We’re the real thing, and that’s why we can provide everything from that famous anime everyone is talking about to rare anime known only to a few, and even the latest new anime, all in the best quality. DAISUKI is an official site where you can watch real, high-quality anime!