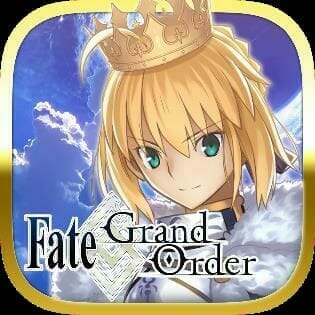 Aniplex of America announced that smartphone game Fate/Grand Order will launch in North America on June 25, 2017. The free-to-play game will be available to users on iOS an Android when it debuts.

Fate/Grand Order to Launch in North America on June 25

LOS ANGELES, CA (June 10, 2017) – Aniplex of America announced that the English version of Fate/Grand Order will launch in North America on June 25th for iOS and Android. The game continued its phenomenal success in Asian markets throughout Q1 of 2017, outperforming other mobile games such as Pokémon GO, Clash Royale, and Candy Crush Saga in worldwide revenue. The free-to-play RPG is currently only available in Japan, China, Taiwan, Hong Kong, and Macau.

One of the most successful mobile role-playing games ever in Japan, Fate/Grand Order has players summon powerful allies or Heroic Spirits, who are based on historical figures such as King Arthur, William Shakespeare, Hercules, and Joan of Arc. The game takes players back through history to embark on an epic quest known as Grand Order. Released July 2015 in Japan, last fall in China, and just this past month in Taiwan, Hong Kong, and Macau,

Fate/Grand Order has been downloaded over 9 million times. It has consistently topped iOS and Android charts, outperforming other popular games in downloads and revenue. The game’s exciting storyline and compelling play keep fans engaged and wanting more.

“Players enjoy being a part of the story of Fate/Grand Order,” said Atsuhiro Iwakami Producer of Fate/Grand Order and President of Aniplex Inc. “Unlike many other popular mobile games, we have the Fate universe to draw upon. It provides a captivating narrative for fans to become a part of, and keeps them playing.”

“Fate/Grand Order is a tactical, turn based RPG which features several chapters that takes the players to a different notable point in human history. Together with different seasonal events, players will be put to the test with challenging missions and quests,” said Yosuke Shiokawa, Creative Director of DELiGHTWORKS Inc., the developer of Fate/Grand Order. “One of the greatest appeals of Fate/Grand Order is that it is easy to learn, but hard to master. The game requires both in-depth strategy and skill to advance the player through ever changing obstacles.”

Further details of the English version will be released regularly on the official website (http://fate–go.us), Facebook (@FateGO.USA) and Twitter (@FateGO_USA). We look forward to sharing all our updates with you so please make sure to check in regularly.

Aniplex of America Inc. (Santa Monica, California) is a subsidiary of Aniplex Inc.