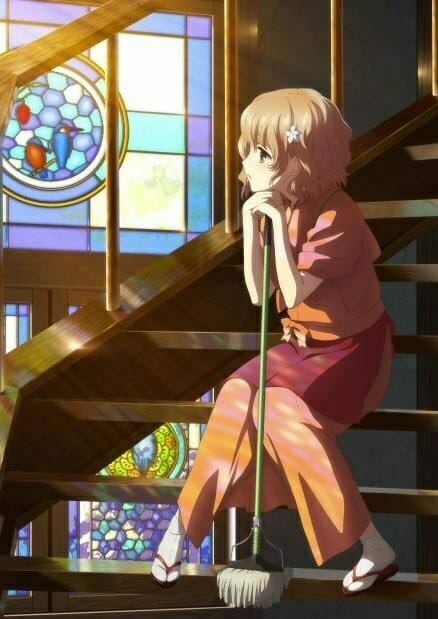 NIS America announced that they will release Hanasaku Iroha the Movie ~ Home Sweet Home ~ on Blu-Ray. The film will be released in a premium edition on October 14, 2014. The release, which will be priced at $49.99, will be bundled with a hardcover companion book. 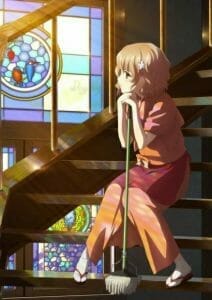 Anime Expo, CA (July 5, 2014) – NIS America is happy to announce that Hanasaku Iroha the Movie ~HOME SWEET HOME~ will be released in North America on October 14. Ohana and the rest of the Kissuiso family return to tell a story of family and perseverance in this feature-length film. Delve into the history of Ohana’s mother, the inn, and its staff through a logbook kept by one of Kissuiso’s most loyal members, and discover how the staff rekindles their journey toward what it truly means to sparkle. The movie will come on a Blu-ray disc, with an in-depth hardcover art book and collectible slipcase.

In the days before the Bonbori Festival, Ohana’s friend Yuina comes to Kissuiso for training. While cleaning up after her, Ohana discovers a logbook kept by Beans from when her mother, Satsuki, was still a youth at Kissuisso. Through the logbook, Ohana catches a glimpse of her mother’s struggles, and realizes that maybe the two of them aren’t so different after all. Meanwhile, the rest of the inn staff are caught up in dealing with a blackout. 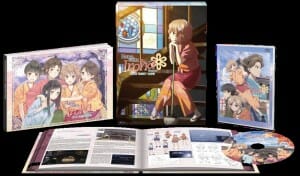 About NIS America
In 2003, NIS America was established in Southern California to bring exciting, one-of-a-kind Japanese culture to North America.  NIS America’s team members devote themselves to the fans. Their respect for their fans is at the heart of everything they do. As an established entertainment publisher in the U.S., NIS America is committed to continuous growth and improvement.

NIS America is a subsidiary of Nippon Ichi Software, Inc., a Japanese company famous for its unique line of strategy RPGs with titles such as Disgaea, Phantom Brave, and Makai Kingdom. NIS America has also become a publisher of Japanese anime titles, such as Toradora!, anohana: The Flower We Saw That Day and bunny drop.