J-Novel Club Adds “Me, a Genius? I Was Reborn into Another World and I Think They’ve Got the Wrong Idea!”

J-Novel Club announced that they acquired the global English digital rights to Nyun and illustrator Sakana’s Me, a Genius? I Was Reborn into Another World and I Think They’ve Got the Wrong Idea!. The first half of the first volume is currently available on the J-Novel Club website for subscribers. A preview is also available for all readers.

The first eBook in the series will hit retailers in April 2018.

J-Novel Club Announces the Licensing of “Me, a Genius? I Was Reborn into Another World and I Think They’ve Got the Wrong Idea!”

SAN ANTONIO, TEXAS – February 16th, 2018 – J-Novel Club LLC is proud to announce the acquisition of “Me, a Genius? I Was Reborn into Another World and I Think They’ve Got the Wrong Idea!” from Overlap, Inc. The first half of volume 1 is available on j-novel.club to read today, along with a free preview! The E-Book for volume 1 will go on sale in April of 2018.

Me, a Genius? I Was Reborn into Another World and I Think They’ve Got the Wrong Idea! is the official English title for the series Isekai ni Tensei Shitanda kedo Ore, Tensai tte Kanchigaisaretenai? which was a 3 volume series published in 2015-2016 in Japan. Based on a hilarious web novel, it’s filled with crazy science, heaps of misunderstandings, and ridiculous fun for everyone as poor Kouki keeps getting wrapped up in more genius-level troubles!

J-Novel Club Membership is only $4.50 a month for an annual membership, and gives you a new chapter a week from all 14 of our ongoing series, including “Masters of Ragnarok & Blesser of Eihenjer”, “[New Life+]”, “Clockwork Planet”, “Invaders of the Rokujouma!?”, “If It’s for My Daughter, I’d Even Defeat a Demon Lord”, “Arifureta: From Commonplace to World’s Strongest”, “Grimgar of Fantasy and Ash”, “The Faraway Paladin”, “In Another World With My Smartphone”, “Mixed Bathing in Another Dimension”, “How a Realistic Hero Rebuilt the Kingdom”, and “I Saved Too Many Girls and Caused the Apocalypse” and many more!

Me, a Genius? I Was Reborn into Another World and I Think They’ve Got the Wrong Idea! by Nyun, Illustrations by Sakana

Kouki has found himself reborn, together with many of his past-life memories, in an alternate version of Japan.

“There are no magic or elves?! Then what’s the point in being reborn in another world?” It seems a little disappointing at first, but somehow his childhood sketches inspire his mother to develop a revolutionary new theory that changes the world forever. This sets into motion a series of misunderstandings that has everyone believing that Kouki is the real genius behind all of the incredible new technology that his mother is rapidly developing.

As a result of his apparent genius, Kouki’s is forced to give up on his peaceful school life to attend the International Science and Technology Academy, where he meets a beautiful Canadian girl called Alice Alford, a robotics engineer named Shingo Saitou, and an expert on space exploration named Megumi Aikawa. Surely, he can’t still continue being mistaken for a genius while surrounded by these real geniuses?!

Every time Kouki uses his knowledge from his past life, it causes a new misunderstanding, and his ordinary life is gradually turning into an extraordinary life.

Kouki can’t help but go from one misunderstanding to another in this insane sci-fi comedy!! 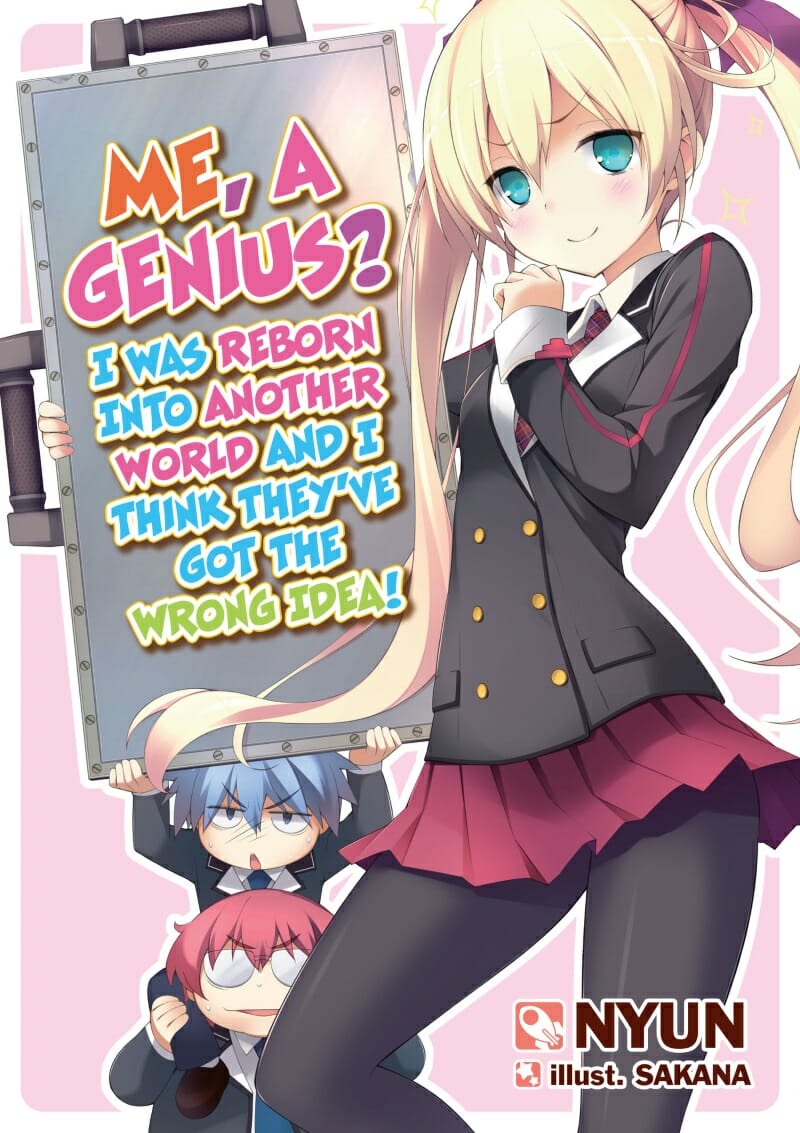