J-Novel Club announced that they acquired the global English digital rights to Sadanatsu Anda’s Kokoro Connect light novels. The first half of the first volume is available to J-Novel Club members as of press time. A free preview is also available for all readers. 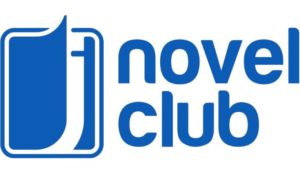 The original novels that were turned into a hit anime are finally getting released in English!

SAN ANTONIO, TEXAS – July 5th, 2018 – J-Novel Club LLC is proud to announce the acquisition of “Kokoro Connect” from KADOKAWA CORPORATION ENTERBRAIN. The first half of volume 1 is available for members on j-novel.club to read today, plus a free preview for everyone else! The E-Book for volume 1, “HITO-RANDOM”, will go on sale in late August of 2018.

Kokoro Connect is a light novel series written by author Sadanatsu Anda, who won a special prize in Enterbrain’s 11th Entertainment Awards, Light Novel Famitsu Bunko Division in 2009. Only 1 year later he published the first volume of Kokoro Connect, which continued for 11 volumes before concluding in Japan in 2013. Kokoro Connect was adapted into an anime in 2012, and now English speaking fans can finally read the books it was based on and the conclusion to the story!

“It brings me great pleasure to have this opportunity to share my work with the rest of the world! As the title suggests, Kokoro Connect is a story about hearts—something that truly transcends all cultural barriers—and I hope you’ll connect with it, too. In the meantime, I intend to craft even more stories for everyone in the world to enjoy!”

The Cultural Research Club is an eclectic bunch: a pro wrestling fanboy, a goofy ditz, a master of snark, a laid-back jokester, and a total girly-girl. Their peaceful teenage lives are turned upside-down, however, when they suddenly and inexplicably start swapping bodies with each other. At first it’s all wacky hijinks… but then things get a little too personal. Boundaries are crossed, and dark secrets come to light—secrets that threaten to destroy the very foundations of their friendship.

Who—or what—is causing the body-swap phenomenon? Will it ever stop? But most of all… can their club survive it? Find out in the hit ensemble dramedy light novel from award-winning author Sadanatsu Anda!