Kadokawa announced that they are working on four upcoming anime projects. The company will produce the following: 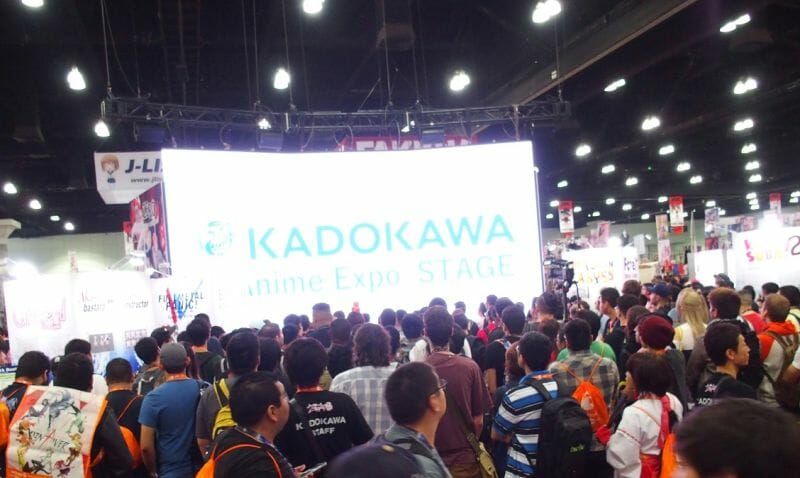 KADOKAWA CORPORATION, the Japanese publisher & anime company, known for hits as The Melancholy of Haruhi Suzumiya and Lucky Star, or recent titles like KONOSUBA -God’s blessing on this wonderful world! and Re:ZERO -Starting Life in Another World-, has announced new titles at Anime Expo 2017 (July 1-4 at the Los Angeles Convention Center). Along with the announcement, promotional trailers were shown for the first time in the world.

Naofumi Iwatani finds a book in the library and is summoned into another world. He gets the ability for using a shield but he faces conspiracy and betrayal and loses everything in this world. But he does not give up! It is a fantasy story about a rising hero.

When development engineer Delida wakes up in the future from a cold sleep, his girlfriend isn’t there… he decides to go back 10 years in time to ‘that incident‘ to keep his promise with her.

The key to get her back is a time leap.

The extreme way of commuting! Chio’s commute is full of danger! For whatever reason, there are various things going on!

A fiece battle starts to protect the island of ‘Tsushima‘! Tentative on air release is planned for 2018.