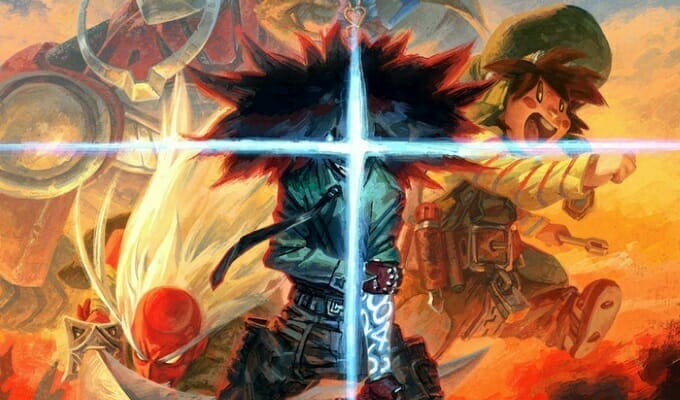 LeSean Thomas announced that he kicked off a crowd-funding campaign for Cannon Busters: The Animated Series. Via KickStarter, Thomas aims to raise $120,000 for an 8-10 minute short, with a stretch goals of producing a full 24-minute episode.

The project, if funded, will incorporate a number of contributors, including:

Animation will be provided by Satelight (Macross Frontier). 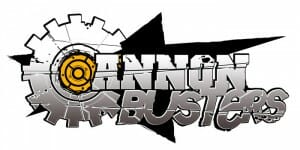 Cannon Busters is an animated adventure story about the value of friendship and just how far one is willing to go to maintain it. “Think The Wizard of Oz meets Hidden Fortress with a dash of Escaflowne + Hip Hop and classic RPGS — all rolled into one ride of fun, suspense, action & wackiness,” says Creator and Director of the Cannon Busters animated project, LeSean Thomas. The story is a passion project that has been in development since 2005. It was Thomas’ first and last comic book, only producing one issue. Thomas would then go on to contribute to some of television’s most notable series, such as The Boondocks on Adult Swim serving as Co-Director (Season 1) and Supervising Character Designer (Seasons 1 & 2), Legend of Korra on Nickelodeon as a storyboard/production artist, and most recently Black Dynamite: The Animated Series on Adult Swim as Creative Producer (Season 1) & Supervising Director (Seasons 1 & 2). Voice talent includes actress Angelique Perrin (Star Wars: The Clone Wars), Elizabeth Maxwell (Attack On Titan) & Kevin Grevioux (Underworld Trilogy, I, Frankenstein).

Thomas and his team are looking to raise the minimum of $120k for a 8-10 minute short, in hopes to stretch goal to a full 24-minute episode.

Makestuff, LLC is an independent company focusing on animation production as well as the development of original intellectual properties.

The Kickstarter campaign at press time is 9 days in and has raised over $72,000.