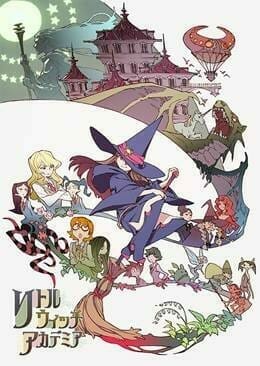 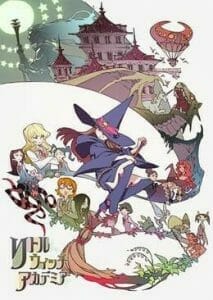 LOS ANGELES, CA., August 9, 2013 – acttil is honored to announce, on behalf of the animation studio TRIGGER, that

TRIGGER’s Kickstarter project, “Little Witch Academia Episode 2” (tentative title), was able to reach an amazing $625,000 within a single month, all thanks to fans around the world.

“The pledged amount was well over what we expected, and we cannot thank everyone enough who supported the

Little Witch Academia 2 project on Kickstarter. At the same time, we definitely feel the pressure because we have to respond to this new challenge with our title.” The president of Animation Studio TRIGGER, Masahiko Otsuka, was overjoyed by the support of the fans. “We’ve received the baton from our fans. We are ready to run as fast as we can, baton in hand!”

Little Witch Academia was produced by TRIGGER as one of the four titles for Anime Mirai, the Young Animator Training Project, whose purpose is to inspire, train, and energize young animators in the Japanese anime industry. After showcasing the trailers and full episode of Little Witch Academia in the Spring of 2013, not only was it well-received in Japan, but it has also become a surprise hit with anime fans in the West.

Akko Kagari is an ordinary girl who joins the renowned witch academy for witch girls, Luna Nova Academy. When she was younger, she went to Magical Festa, a magic show hosted by a witch named Shiny Chariot. Akko was so mesmerized and inspired by Shiny Chariot’s performance that she dreamed to someday be a “cool” witch like her. This young and impressionable Akko takes Shiny Chariot’s words as her own motto: “Never forget, a believing heart is your magic.“ As part of a class, Akko and her classmates go into a labyrinth under the Tower of Luna Nova. There, a sealed ancient dragon was unleashed by one of her classmates. Akko tries to stop the dragon, but…

Ultra Super Pictures is an animation production company, which was established in August, 2011 by a full CG animation studio, Sanzigen, a rising animation studio, TRIGGER, Ordet., and Liden Films. TRIGGER’s KILL La KILL and Sanzigen’s Arpeggio of Blue Steel will be aired in fall of 2013. Ordet’s Wake Up, Girls! will be aired and open in theaters in spring of 2014. Please look forward to the amazing line-up of Ultra Super Pictures!

“If an anime title is like a bullet, we would like to be the trigger that helps propel that bullet forward,” said the founders of TRIGGER. They are best known for Inferno Cop,