Maiden Japan Licenses “This Art Club Has A Problem!” Anime 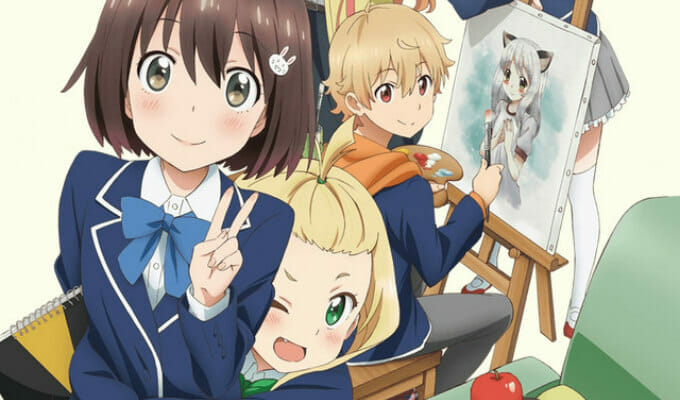 Maiden Japan announced that they acquired the rights to This Art Club Has a Problem! The publisher will stream the title on select digital outlets, followed by a home video release.

Maiden Japan Snaps up “This Art Club Has a Problem!”

HOUSTON, TX, April 23, 2019 – Maiden Japan announced today that it has acquired the rights to This Art Club Has a Problem! Based on the original manga by Imigimuru, the 12-episode slice-of-life comedy series was produced by studio feel. (My Teen Romantic Comedy SNAFU TOO!, Kanamemo) and directed by Kei Oikawa (My Teen Romantic Comedy SNAFU TOO!, Outbreak Company) with script supervision from industry veteran Naruhisa Arakawa (CLAMP School Detectives, Blue Seed).

A totally ordinary art club at the totally ordinary Tsukimori Middle School. There, Subaru Uchimaki squanders his artistic talent on his true passion and life’s mission: drawing the ideal “2D wife.” Club member Mizuki Usami finds herself with a crush on the hopeless Uchimaki. The seemingly uninterested club president is always sleeping, but he keeps a close eye on Uchimaki and Usami’s antics. Then there’s the mysterious Colette, who’s usually lost in her own little world. When this ragtag bunch gathers together as the Art Club, there’s sure to be some problems…

This Art Club Has a Problem! will be streamed on select digital outlets and released on home video.

About Maiden Japan:
Maiden Japan is dedicated to bringing the very best in Japanese animation to the English-speaking world, from critically acclaimed masterpieces like THE ROYAL SPACE FORCE and MOBILE POLICE PATLABOR to key works by the “who’s who” of creators such as Hideaki Anno, Mamoru Oshii, Masamune Shirow, Studio CLAMP and Yoshiyuki Tomino. The company’s growing catalog of products also includes classic gems such as ARMORED TROOPER VOTOMS and SPACE RUNAWAY IDEON. These titles are available in North America on Blu-ray and DVD, and digitally via HIDIVE, iTunes, Hulu, Netflix, Amazon, Anime Network, PlayStation Network, YouTube and other top digital providers. For more information, please visitwww.maidenjapan.net for all of your anime needs.