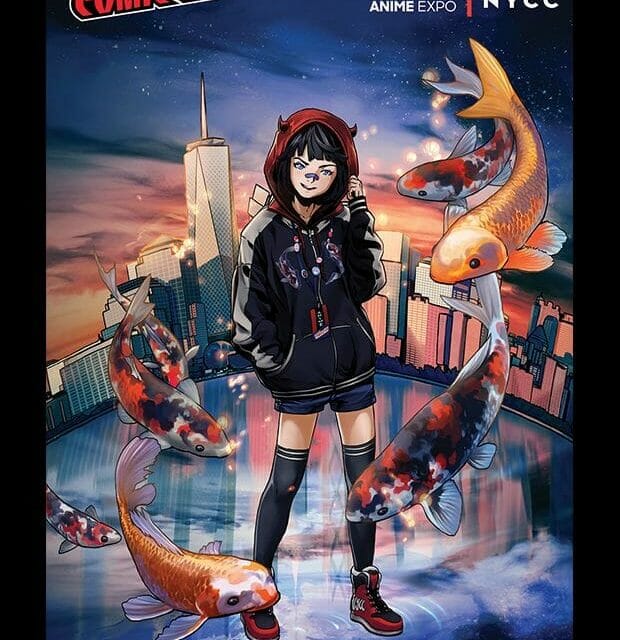 ReedPOP announced that they’re partnering with the Society for the Promotion of Japanese Animation (SPJA) to launch a new anime convention. The event, named “Anime Fest @ NYCC x Anime Expo”, will be held from October 4 – 7, 2018 at New York’s Pier 94.

NORWALK, CT – July 14, 2018 – ReedPOP, the world’s leading producer of pop culture events, today announced that it is partnering with The Society for the Promotion of Japanese Animation (SPJA) to launch Anime Fest @ NYCC x Anime Expo. The four-day event will take place at Pier 94 from October 4-7 and provide fans the ultimate East Coast anime festival and celebration of Japanese pop culture.

Fans will join Japanese guests, prolific artists, and other New York Otaku at a festival of autograph signings, cosplay, Instagram-worthy activations, a curated Artist Alley, live music, and creative Japanese pop culture classes. More surprises will be revealed in the coming months as Anime Fest @ NYCC x Anime Expo creates programming and content that brings the best of both worlds into one major anime festival.

“We’re thrilled to give our fans added Japanese content during the week of New York Comic Con and to partner with the leading anime event in the United States to do so,” said Lance Fensterman, Global President of ReedPOP. “Anime and manga are increasingly popular among our fans, and we wanted to give them a fuller experience with uniquely interactive sessions, the opportunity to connect with the anime community, an area dedicated to designing wearable fashion, and much more. With a partner like Anime Expo, we’re excited to build upon our already robust anime content and create an experience that is unlike anything we’ve been able to deliver before.”

“New York Comic Con provides us a tremendous opportunity to share many of the great experiences that Anime Expo already gives fans around the world. Working with a partner like ReedPOP, who has been producing highly successful pop culture events for years, is a natural extension for Anime Expo and we are very excited to be teaming-up with them at NYCC,” noted Ray Chiang, Chief Executive Officer of the Society for the Promotion of Japanese Anime, Anime Expo’s organizer.

Tickets for Anime Fest @ NYCC x Anime Expo will go on sale on July 15. Tickets are available to fans with Fan Verification accounts at a discounted rate when they purchase their New York Comic Con badges (or if they’ve already purchased NYCC badges) and will be made available to the general public not attending NYCC as well.

New York Comic Con is the ultimate pop culture destination event in the United States. NYCC brings the best of comics, television, film, exhibitors, celebrities, cosplay, anime, and more to create memorable, uniquely exciting experiences for our fans. These experiences transcend beyond the walls of the Javits Center and continue to live beyond the weekend of NYCC through online world of ReedPOP digital content.

SPJA is a non-profit organization dedicated to popularize and educate the American public about Japanese entertainment and pop culture, as well as provide a forum to facilitate communication between professionals and fans. For more information, please visit www.spja.org.

Anime Expo (AX) brings together fans and industry from Japan, the US, and all over the world for the largest celebration of Japanese pop culture in North America. Taking place every year since 1992, Anime Expo features the best in Japanese entertainment, music, fashion, and video games. For more information, visit www.anime-expo.org.