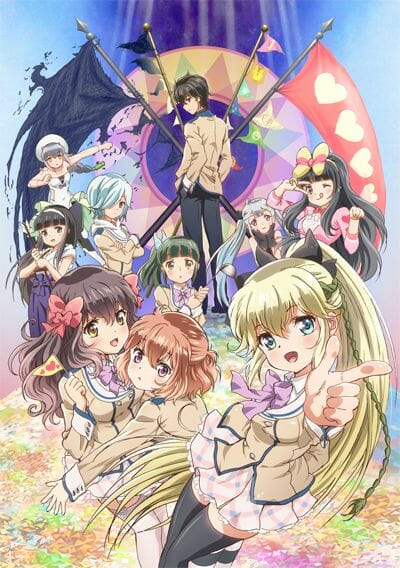 NIS America announced that they acquired the domestic rights to Kanojo ga Flag wo Oraretata (If Her Flag Breaks). The series will receive a streaming run on Crunchyroll, followed by a physical release at an unspecified date. No details on the physical release were announced.

Santa Ana, CA (April 9, 2014) – NIS America is thrilled to announce its acquisition of Kanojo ga Flag wo Oraretara (If Her Flag Breaks) for the North American market. The title will be available for viewing on Crunchyroll and a retail release is also planned, with launch details to be announced at a future date. For more information on streaming the show, visit Crunchyroll.

Kanojo ga Flag wo Oraretara (If Her Flag Breaks) 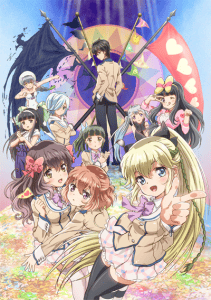 Based off of a light novel of the same name written by Toka Takei and illustrated by Cuteg, Kanojo ga Flag wo Oraretata (If Her Flag Breaks) is about new transfer student Sota Hatate, who has the ability to see the future of those around him in the form of flags above their heads.

However, instead of living by himself after transferring to the elite Hatagaya Academy, he somehow winds up under the same roof as a bevy of beautiful girls!

As an established entertainment publisher in the U.S., NIS America is committed to continuous growth and improvement. NIS America is a subsidiary of Nippon Ichi Software, Inc., a Japanese company famous for its unique line of strategy RPGs with titles such as Disgaea, Phantom Brave, and Makai Kingdom. NIS America has also become a publisher of Japanese anime titles, such as Toradora!, anohana: The Flower We Saw That Day, and Natsume’s Book of Friends.