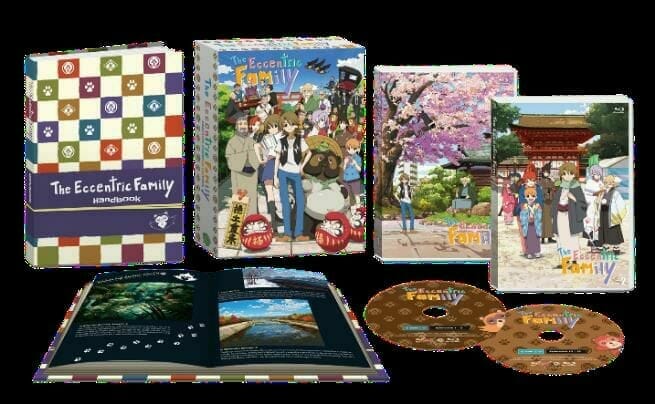 NIS America announced that they will release The Eccentric Family on January 6, 2015. The series will ship in a single limited edtion, which includes a 64-page art book and a chipboard box. Other extra features were not specified in the release.

The Eccentric Family will be priced at $64.99 when it hits stores. 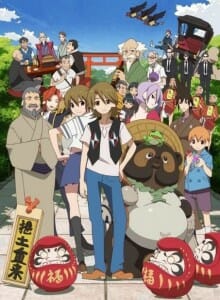 Santa Ana, CA (September 30, 2014) – NIS America is thrilled to announce that The Eccentric Family Complete Premium Edition will be making its retail debut in North America on January 6, 2015. This beautiful premium edition will include all 13 episodes on 2 Blu-ray discs, a 64 page, full-color art book, as well as NIS America’s unique and high-quality collectable packaging. Follow the tale of the Shimogamo family and experience the enchantments of Japanese mythology in this comedic tragedy full of tanuki, tengu, and human shenanigans. 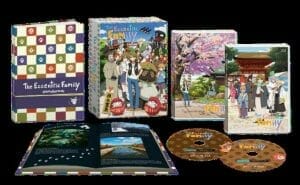 In modern day Kyoto, humans live in the city, tengus take to the sky, and tanukis roam the earth. One such tanuki is Yasaburo, the third son of Soichiro Shimogamo, famed tanuki leader who met his end far too early at the hands of a group of humans and their year-end banquet hot pot. Yasaburo has since embraced his “fool’s blood” and strives for a happy, carefree life. But between taking care of his old tengu master Akadama-sensei,avoiding the life-threatening advances of the beautiful human Benten, dealing with his dangerously stupid twin cousins, and avoiding becoming a hot pot himself in the next year-end banquet, the young tanuki has his work cut out for him!