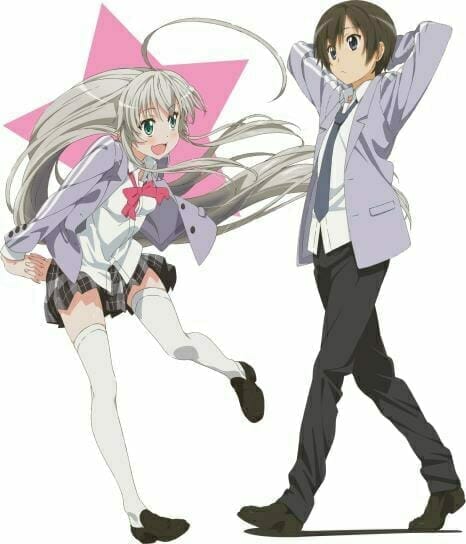 NIS America announced that they will release the second season of Nyaruko: Crawling with Love! on November 4, 2014. The release, which is priced at $64.99, will include a companion book and slipcase.

Extra features include the clean opening and endings, as well as Japanese trailers for the show.

Anime Expo, CA (July 5, 2014) – NIS America is excited to announce that Nyaruko: Crawling with Love! Second Season Premium Edition will be available on November 4! Just as things seem to have calmed down for Mahiro and his PDA protection detail, the second season of the Nyaruko series throws even more over-the-top, out-of-this-world, Lovecraftian madness his way. Get your forks ready, because the world’s gonna need saving! The title comes in a 2 Blu-ray disc set, with a fully illustrated hardcover art book and collectible slipcase.

Mahiro has become accustomed to his protection detail of Nyaruko, Kuko, and Hasuta making his life interesting. Nyaruko starts scheming with Tamao to turn up the charm and sway Mahiro’s resolve, while Kuko reconsiders her own stance on love. Things get tricky as the gang deals with a monstrous monkey, an unexpected visitor from Kuko’s past, balancing love and duty, and of course, saving the world. 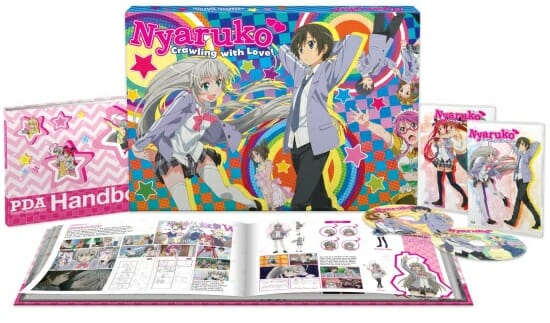 NIS America is a subsidiary of Nippon Ichi Software, Inc., a Japanese company famous for its unique line of strategy RPGs with titles such as Disgaea, Phantom Brave, and Makai Kingdom. NIS America has also become a publisher of Japanese anime titles, such as Toradora!, WAGNARIA!!, and Natsume’s Book of Friends.