Sentai Filmworks announced that they acquired the domestic rights to Food Wars! The Second Plate. Sentai plans to stream and simulcast the series through select digital partners.

As of press time, the company hasn’t revealed the list of streaming partners or a specific simulcast schedule. 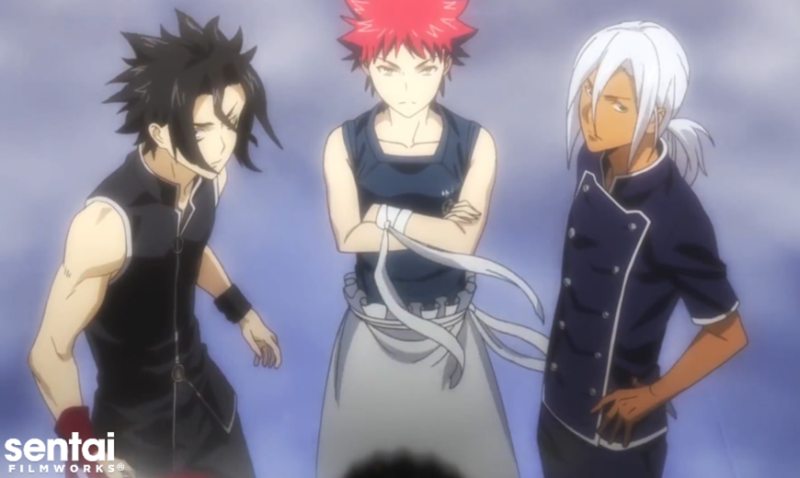 HOUSTON, JUNE 29, 2016 – The culinary combat phenomenon, Food Wars!, returns this summer with its highly anticipated second season, Food Wars! The Second Plate.  Sentai Filmworks picked up this sizzling hot series and is making it available for simulcast and streaming through select digital partners.

“Food Wars! has proven to be one of the most distinctive franchises in recent history,” says John Ledford, CEO, Sentai Filmworks, “We are extremely proud of its unmatched originality and fantastic blend of action and comedy which has inspired such a passionate fan following.  We are thrilled to launch Food Wars! The Second Plate and look forward to making it available wherever fans choose to enjoy it.”

The 13-episode second season of Food Wars! picks up where the first season left off on the cusp of the contested Fall Selection. Eight of the most talented first-year students of the elite Tohtsuki Academy wage a culinary battle to advance to the next round of the Fall Selection, a kitchen-based showdown that will decide who will rise in the ranks and who will end up on the chopping block. Underdog Soma Yukihira’s cooking may leave his customers begging for another bite, but are his skills enough to face off with opponents as equally talented (and merciless) when it comes to the palate as him?

The team behind the first season returns for the second season, with Yoshitomo Yonetani as director, and Shogo Yasukawa (Chivalry of a Failed Knight) in charge of series composition. Character design was again helmed by Tomoyuki Shitaya with music by Tatsuya Katou. Animation production was handled by J. C. Staff, the same studio responsible for Is It Wrong to Try to Pick Up Girls in a Dungeon? and Flying Witch.

Food Wars! The Second Plate  is scheduled for a July 2016 broadcast in Japan. It will soon be available through select digital outlets with a home video release to follow.