Sentai Filmworks Licenses “Bloom Into You” 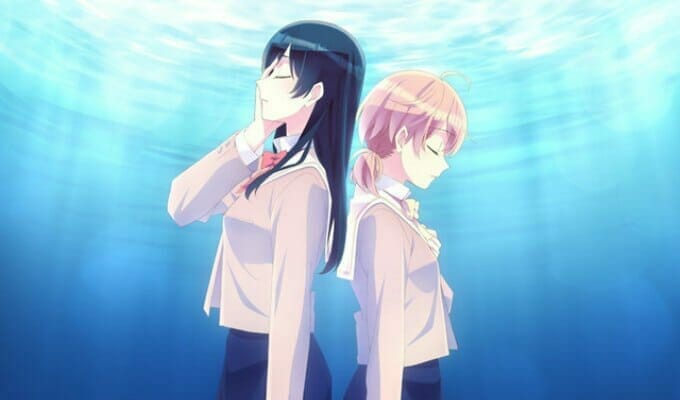 Sentai Filmworks announced that they acquired the rights to the Bloom Into You anime. The publisher picked up the license for the show in the United States, Canada, Australia, New Zealand, UK, Ireland, South Africa, Netherlands, Scandinavia, Spain, Portugal, and Latin America.

Bloom Into You will launch on select digital outlets, followed by a home video release.

Sentai Filmworks Plucks “Bloom Into You”

Enthralled by shoujo manga, Yuu waited for a love confession to make her feel as special as the heroines in her favorite stories but when a junior high classmate admits his feelings for her, she feels nothing.  Time passes and Yuu starts high school feeling confused and downhearted. Things change, however, when she witnesses Nanami, the beautiful student council president, effortlessly turn down a boy. Yuu asks Nanami for help and the two become fast friends. Yuu’s heart is suddenly sent aflutter when the next person to confess is Nanami herself! Will Yuu finally be the star her our own shoujo romance?

Sentai Filmworks is a leading global supplier of anime and official anime merchandise, distributing, and curating one of the industry’s most diverse libraries of top trending and classic titles. Offering thousands of hours of content across both traditional and digital platforms, Sentai is dedicated to bringing captivating stories and iconic characters directly from Japan. With hit series that include MADE IN ABYSS, Land of the Lustrous, Big O,and Akame ga Kill!, Sentai’s catalog continues to grow with new favorites like Sword Oratoria: Is it Wrong to Try to Pick Up Girls in a Dungeon? On the Side, Princess Principal, and FLIP FLAPPERS, as well as classic anime series such as Legend of the Galactic Heroes. For more information, visitwww.sentaifilmworks.com.