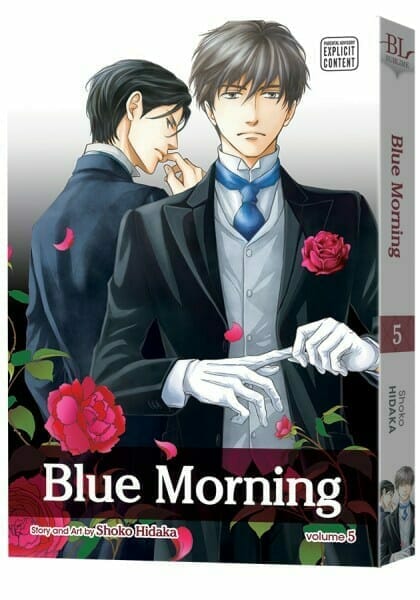 SuBLime announced that they will participate in YaoiCon 2014. The company will host a booth in the Dealer’s Room (Booths 23 & 24), in addition to an industry panel. The panel, which will run on September 13 at 2:00PM in Regency C, will include a new title announcement, as well as several games and give-aways.

At their booth, SuBLime will offer print titles at a discounted rate, with an additional 10% applied to full series purchases. The company will also have copies of Shoko Hidaka’s Blue Morning available ahead of the official October street date. In addition, SuBLime will host a raffle for sevral prizes, including: 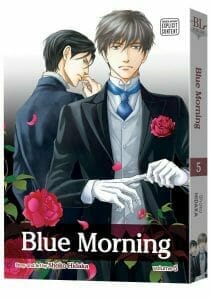 YaoiCon 2014 takes place the weekend of September 12th-14th at the Hyatt Regency San Francisco Airport Hotel. YaoiCon is North America’s preeminent fan event devoted exclusively to yaoi. Full details are available at: www.yaoicon.com. SuBLime will be located in the Dealers’ Hall in booths #23 and #24 throughout the entire convention.

Catch the latest updates directly from the SuBLime publishing team during the SuBLime Industry Panel, scheduled for Saturday, September 13th at 2:00PM in the Regency C panel room. The team will have games and prizes as well as updates on many ongoing series. Fans will want to be sure to stay until the very end to catch a big, new publishing announcement!

During its presence at YaoiCon, SuBLime will have copies of all currently available print titles for sale at a discounted rate at its booth. Fans can enjoy an additional 10% discount when purchasing all available volumes of a series. In addition, special advance print copies of Shoko Hidaka’s BLUE MORNING Volume 5 (rated ‘M’ for Mature Readers) will be made available ahead of its October street date.

While at the booth, YaoiCon attendees can also enter to win these awesome prizes: a complete set of print AND digital editions of AWKWARD SILENCE (Vols. 1-4), a complete print set of CRIMSON SPELL (Vols. 1-5), or a digital-only title of their choosing from the SuBLime catalog.

SuBLime titles are offered worldwide in print and digital formats. For digital editions purchased directly from www.SuBLimeManga.com, readers have two methods of access – a DRM-free downloadable PDF that is viewable on any PDF-enabled eReader device and computer, and via the online manga viewer found on the web site. Readers can also purchase SuBLime’s digital editions through e-tailers such as Kindle, Nook, and Kobo.

SuBLime is a global yaoi/boys’ love manga publisher, and is a partnership between VIZ Media, LLC (VIZ Media), the largest distributor and licensor of anime and manga in North America, and Japan’s Animate, Ltd. (Animate). This bold, global publishing initiative will present English-speaking fans everywhere with a broad selection of high quality titles. SuBLime will offer titles digitally worldwide available at www.SuBLimeManga.com, with many available in Download-to-Own format, and selections in print also available in English-language editions worldwide.