Anime Boston announced that voice actor Tara Sands will attend their 2019 event as a guest of honor. 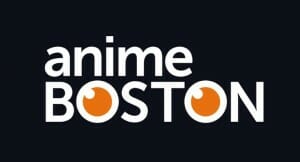 Tara Jayne Sands can be heard as over 50 characters in the original English Pokemon television series including Bulbasaur, Richie, Jasmine, Oddish, and Tori. Some other roles include Biscuit in Hunter x Hunter, Mokuba Kaiba in Yu-Gi-Oh!, Kari in Digimon Adventure Tri, Anna in Shaman King, Kombu Infinity in One Punch Man, Circe in Generator Rex, Young Jin in Anohana, Kippie in Glitter Force, Karla in Gundam Thunderbolt, Yota in Naruto, Filia Ul Copt in Slayers, Summer in Barbie: Life in The Dreamhouse, Death 13/Mannish Boy in Jojo’s Bizarre Adventure, Yuzuriha in Saint Seiya and multiple roles in Sailor Moon including Queen Badiane.

Tara also provides narration on over 150 audio books and can be heard in the video games Dead Island, Fire Emblem, Singularity, Final Fantasy, and Call of Juarez, among others.