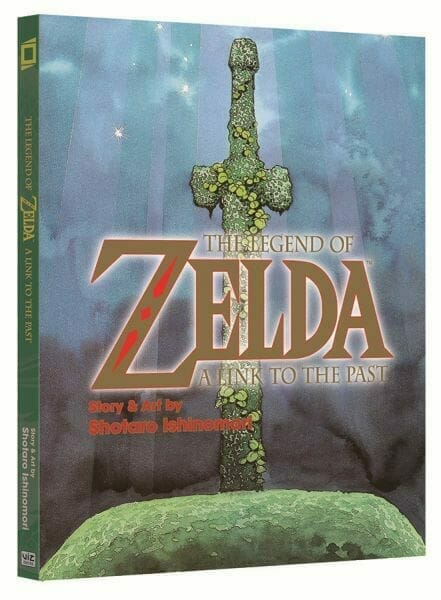 Viz Media announced that the Shotaro Ishinomori’s manga adaptation of The Legend of Zelda: A Link to the Past will hit stores on May 5, 2015. The book will carry a suggested price of $19.99, with no digital edition planned at the moment.

The Legend of Zelda: A Link to the Past made its North American debut in Nintendo Power magazine during the 1990s.

VIZ MEDIA’S PERFECT SQUARE IMPRINT RELEASES THE LEGEND OF ZELDA™: A LINK TO THE PAST™ GRAPHIC NOVEL 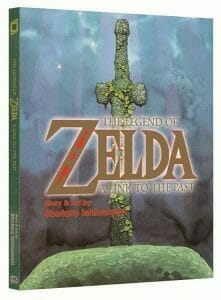 San Francisco, CA, April 9, 2015 – VIZ Media, LLC (VIZ Media), the largest publisher, distributor and licensor of manga, graphic novels and anime in North America, brings back one of the most iconic video game characters of all time in celebrated graphic novel form with the release of THE LEGEND OF ZELDA: A LINK TO THE PAST on May 5th.

The original, widely acclaimed full-color graphic novel by manga legend Shotaro Ishinomori was inspired by the classic Nintendo® game and will be available once again in a special single-volume print edition published exclusively by VIZ Media’s Perfect Square imprint. THE LEGEND OF ZELDA: A LINK TO THE PAST carries an SRP of $19.99 U.S. / $22.99 CAN.

THE LEGEND OF ZELDA: A LINK TO THE PAST is based on the beloved, internationally bestselling video game originally released for Nintendo’s Super Nintendo Entertainment System™. The comic book version by Shotaro Ishinomori (Cyborg 009, Kamen Rider) was first serialized in Nintendo Power™ magazine and later collected into a graphic novel. Long out-of-print, this stunning, full-color edition is available once again for the first time in more than two decades!

“THE LEGEND OF ZELDA: A LINK TO THE PAST was an extremely popular feature of Nintendo Power magazine when it was first serialized in the early ‘90s. Renowned manga and anime artist Shotaro Ishinomori adapted the bestselling game’s storyline and also incorporated new plot elements and characters,” says Beth Kawasaki, Senior Editorial Director, Perfect Square. “The pages are filled with Link’s hard-fought battles on his quest to save Princess Zelda, made even more intense with Ishinomori’s unmistakable art style and captivating storytelling.”

Shotaro Ishinomori was one of Japan’s most prolific and revered comic book creators. Among his most popular works are Cyborg 009, Kamen Rider and HOTEL. In 2008, Guinness World Records named Ishinomori the world record holder for the “most comics published by one author” for creating more than 770 stories collected in a total of 500 volumes of manga. The ISHINOMAKI MANGATTAN MUSEUM in Japan is dedicated to his works and legacy.

Also available from VIZ Media is THE LEGEND OF ZELDA Manga Box Set (rated ‘A’ for All Ages), which collects a separate manga (graphic novel) series created by Akira Himekawa. The set comprehensively collects ten manga adventures featuring Link and the popular video game world of THE LEGEND OF ZELDA, including Ocarina of Time, Oracle of Seasons and FOUR SWORDS.