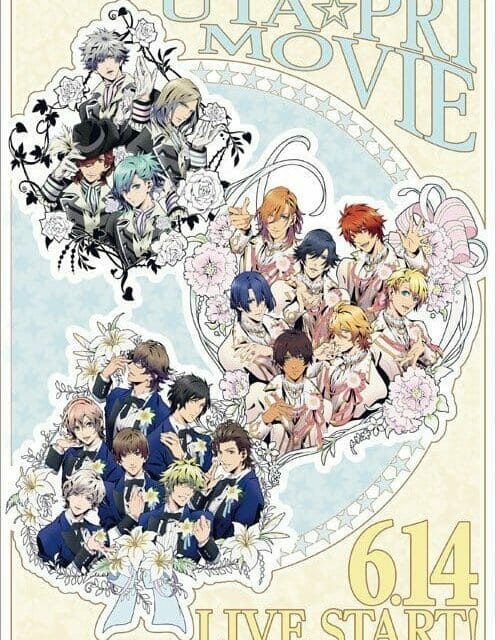 Sentai Filmworks announced that they will give Utano☆Princesama Maji LOVE Kingdom a theatrical run in North America. The film will screen in select theaters starting September 13, 2019.

Nothing spikes heart rates and showers stardust quite like Utano☆Princesama Maji LOVE Kingdom as the idols of ST☆RISH, QUARTET NIGHT and HE☆VENS hit the stage in this soaring musical extravaganza filled with fan-favorite UtaPri songs. The featured pop idols have shared their feelings with countless fans, fostering both love and dreams — and now, in 2019, they finally take to the silver screen!

The Utano☆Princesama franchise encompasses a vast array of creative works, from four seasons of anime to a series of visual novel and otome games as well as mobile game spinoffs. Music from the series has charted on mainstream music rankings, and thousands of music CDs for the franchise have been sold to the franchise’s many dedicated fans.

For more information and to request a film screening in your area, visit https://www.utaprimovie.com/.

Sentai Filmworks is a leading global supplier of anime and official anime merchandise, distributing, and curating one of the industry’s most diverse libraries of top trending and classic titles. Offering thousands of hours of content across both traditional and digital platforms, Sentai is dedicated to bringing captivating stories and iconic characters directly from Japan. With hit series that include MADE IN ABYSS, Land of the Lustrous, MONSTER MUSUME Everyday Life with Monster Girls and Parasyte -the maxim-, Sentai’s catalog continues to grow with new favorites like Bloom Into You, Revue Starlight and DEVILS’ LINE, as well as classic anime series such as Legend of the Galactic Heroes and The Big O. For more information, visit www.sentaifilmworks.com.