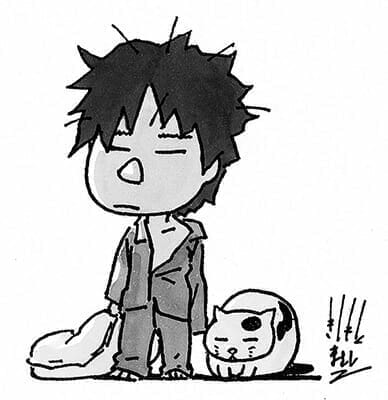 Both signings will offer a special limited-edition Naruto volume 72 with a variant cover. 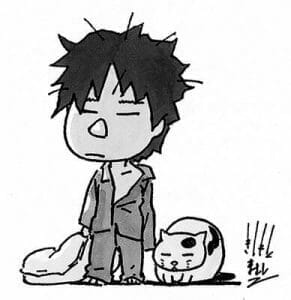 VIZ Media will exhibit at New York Comic Con in Booth #1346 and will offer a wide array of exclusive NARUTO manga and anime products for purchase throughout the convention. In response to overwhelming fan interest, VIZ Media is also pleased to announce the addition of one more autograph session for Masashi Kishimoto on Thursday, October 8th, at the Javits Center.

Interested NY Comic Con attendees may pick up a raffle ticket at the VIZ Media booth between 10:00am and 1:00pm on Thursday October 8th for a chance to win 1 of 100 available wristbands to attend the signing later that day. Please visit the VIZ Media booth for the winning ticket drawing time and additional details.

Masashi Kishimoto also complements his first ever U.S. professional appearances with a pair of autograph sessions and in-store appearances during New York Super Week, co-sponsored by the Japan Foundation. These appearances will take place at the Manhattan locations of Kinokuniya Bookstore and Barnes & Noble Tribeca, on October 9th and 10th, respectively. Full details are available at: http://www.newyorksuperweek.com.

New York Comic Con is the crown jewel of New York Super Week and takes place October 8-11 at the Javits Convention Center in Manhattan. Kishimoto will headline a special panel on Thursday, October 8th focusing on his work and hit manga series, NARUTO. On Saturday, October 11th, Kishimoto will deliver some opening comments before the highly anticipated North American theatrical premiere of BORUTO: NARUTO THE MOVIE.

The creator of the global phenomenon known as Naruto makes his first appearance outside Japan! The legendary Kishimoto Sensei will discuss his career and creative process and answer questions about his work. Attendees will also have a chance to win some very special prizes. This panel of a lifetime is brought to you in partnership with the Japan Foundation.

Masashi Kishimoto, creator of Naruto, makes his Executive Producer debut and will introduce the North American English-subtitled premiere of the most anticipated Naruto movie yet! Naruto Uzumaki protects the Hidden Leaf Village as the 7th Hokage, while Boruto, his troublesome son resents his father’s responsibilities that take his time away from him. Seeing this, Sasuke takes Boruto under his wing, while Sasuke’s only daughter, Sarada, dreams of being Hokage one day. This panel of a lifetime is brought to you in partnership with the Japan Foundation.

Come early – the first 100 attendees in line for BORUTO: NARUTO THE MOVIE will get to attend a special Saturday signing session at 10am with Masashi Kishimoto! 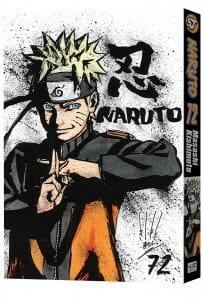 Meet Masashi Kishimoto, creator of NARUTO, the best-selling manga series that inspired a generation of fans around the world and spawned hit anime series, movies, video games, novels and more. This event is an extremely rare opportunity to see the legendary Kishimoto in his first public appearances outside of Japan.

All participants must secure a SuperWeek event ticket. NARUTO Volume 72, featuring an exclusive New York Comic Con variant cover drawn by Kishimoto, will be available for purchase. Attendees will receive a free autographed Shikishi art board with purchase of one of Kishimoto’s works. (*Note: Kishimoto will only sign the provided shikishi and on-site purchased book.)

Masashi Kishimoto makes his second appearance for New York Super Week at the Barnes & Noble Tribeca location. This signing will be limited to the first 110 customers that purchase one of Kishimoto’s works the day of the event; NARUTO Volume 72 featuring an exclusive New York Comic Con variant cover drawn by Kishimoto will also be available for purchase at this venue. Each person will receive an exclusive shikishi art board signed personally signed by the artist. (*Note: Kishimoto will only sign the provided shikishi and on-site purchased book.)

Masashi Kishimoto was born in 1974 in rural Okayama Prefecture, Japan. His first version of NARUTO, drawn in 1997, was a one-shot story about fox spirits; his final version, which debuted in Weekly Shonen Jump in 1999, quickly became the most popular ninja manga in the world. The series spawned multiple anime series, movies, novels, video games and more. Having concluded the series in late 2014, he has kept himself busy with the side-story Naruto: The Seventh Hokage and the Scarlet Spring and with writing the story for the latest Naruto movie, both of which will focus on the title character’s son, Boruto. The NARUTO manga series is published in North America by VIZ Media.