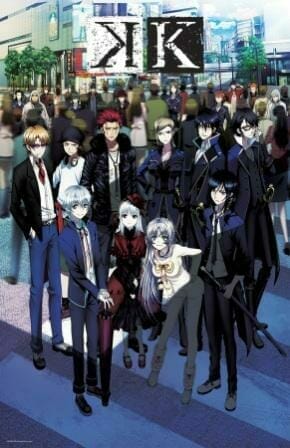 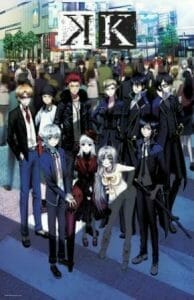 Guests And Exclusive Premieres, Panel Discussions, Giveaways And Much More!

The 2013 Anime Expo is North America’s largest anime convention and will be held July 4th–7th at the Los Angeles Convention Center in Los Angeles. More details are available at: www.anime-expo.org. VIZ Media will be located on the main convention floor in Booth 1501.

Celebrate North America’s hottest new anime series – “K” – as VIZ Media makes Friday, July 5th “K Day!” Festivities start at 11AM in Room LP1 with the special English world premiere of the series, followed by a Behind the Scenes Q&A hosted by staff and English voice cast, including Patrick Seitz (voice of Reisi Munakata), Stephanie Sheh (voice of Neko), Matt Mercer (voice of Kuroh Yatogami and Keith Silverstein (voice of Mikoto Suoh). The voice cast will also appear at a special autograph session at 2:30PM in the Anime Expo Autograph Area, followed by a photo op at the VIZ Media both at 3:30PM. Finally, cap the day with a photo op at the VIZ Media booth at 5PM with renowned Japanese cosplayer and Anime Expo Industry Guest KANAME☆ (appearing courtesy of King Records) as he portrays his latest creation, “K” character Saruhiko Fushimi. Fans that purchase a specially selected “K” item from the Kinokuniya Booth (1401) will receive an exclusive ticket for a one-on-one photo with KANAME☆.

For those who can’t attend K Day, the celebration continues throughout the show. Fans of “K” are invited to participate in the Neko Hunt. Find the official “K” anime Neko cosplayer around the Anime Expo grounds and receive a cool Neko bell! Fans can also stop by the VIZ Media booth to play a special “K” themed version of the King’s Game. On Saturday July 5th at 3:30, cosplayer KANAME☆ takes a turn as King! Please check the daily VIZ Media booth schedule for full details.

Fans are also invited to relax with a visit to the Anime Expo Manga Lounge (Room 503), sponsored by VIZ Media! Check out your favorite new manga series in-print, or digitally on an iPad! The digital manga offerings also continue across the VIZ Media booth where fans can also try the digital manga experience close-up on the iPad® – delivering the ability to easily carry your entire manga library on the go!

Over 130 series and 1,500 volumes are now available from the VIZ Manga App and VIZManga.com, as well as the exclusive WEEKLY SHONEN JUMP digital manga magazine, which features the latest manga chapters for multiple series released simultaneously with Japan! Fans that purchase an annual subscription to WEEKLY SHONEN JUMP ($19.99 AX show special) also receive a choice of either an exclusive YU-GI-OH! trading card and the 2013 Shonen Jump Yearbook OR an exclusive glow-in-the dark WEEKLY SHONEN JUMP button set! Other booth promotional giveaways will include VIZ Media manga samplers, posters, buttons and more!

Anime fans are invited to sample Neon Alley, VIZ Media’s innovative new 24/7 uncut anime channel.  Complete a Neon Alley survey and receive a free 30-day trial to the channel! Also join Neon Alley and test your gaming skills to win a prize – the higher the score, the more awesome the prize! “K” is among the exciting anime series featured on Neon Alley.

Visitors to the VIZ Media booth (#1501) may have their show badges scanned to sign up for newsletters on the latest manga and anime releases and also receive an exclusive TIGER & BUNNY collectible card pack, BLUE EXORCIST poster, and a WEEKLY SHONEN JUMP button! A variety of fun and exclusive giveaways will also be available for free at the booth, including manga samplers, buttons, bookmarks, and more!

Join this very special roundtable of industry influencers in a discussion about passion and why we work in the anime and manga business. Seasoned anime and manga industry veterans from Funimation, Dark Horse, The Right Stuf International/ Nozomi Entertainment, Anime News Network, Dark Horse, Aniplex, VIZ Media and more will discuss their personal love of their medium and creating entertainment experiences to remember. Panel will be moderated by Charlene Ingram, Senior Manager of Animation Marketing, VIZ Media.

Join the English production staff and voice cast for the hit action anime series “K” in the world premiere of the first two episodes (dubbed).

Following the premiere of Episodes 1 and 2 of “K,” the staff and cast will host a Q&A panel about the show’s production. Meet the U.S. production staff and voice cast along with other surprise guests as they talk about bringing “K” to North America! Stay through the end to receive an exclusive commemorative item!

Join the English “K” voice cast for a special autograph session and meet-and-greet with fans! K autograph posters will be provided.

Show your love for “K” and come to the VIZ Media booth dressed as your favorite character for a chance to win valuable “K” prizes!

Join the VIZ Animation and Neon Alley teams as they present news and announcements for all things anime. If it’s animated, we’re gonna talk about it here!  Find out what’s new, hot and coming soon to DVD, Blu-ray and the 24/7 uncut anime channel, Neon Alley. You won’t want to miss our super special announcements and a chance at some cool prizes!

Meet other fans of the world’s most popular ninja in this fan meet-up and also sample a variety of custom NARUTO products and apparel on display and available from WeLoveFine.com.

Have your picture taken in an encore photo session with KANAME☆ as he portrays Saruhiko Fushimi from the hit new anime series K.

Stop by the VIZ Media booth to learn about all the hot new anime premieres and other special content coming up on Neon Alley, the new 24/7 anime channel. Meet other fans and also win fun prizes.

Get the latest updates & exciting news from VIZ Media staff on new projects, including a sneak peek at the releases in the coming year!

Finally, don’t forget to check the Anime Expo screening schedule for a variety of VIZ Media anime titles including BERSERK: THE GOLDEN AGE ARC I and II, TIGER & BUNNY, ACCEL WORLD, ZETMAN, NURA: RISE OF THE YOKAI CLAN, LAGRANGE: THE FLOWER OF RIN-NE, and more!