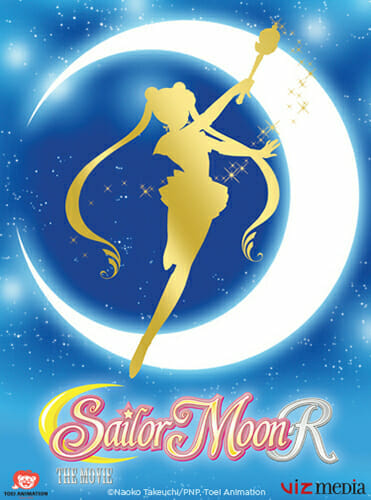 Viz Media announced that they will host a theatrical premiere event for Sailor Moon R: The Movie. Viz will host a screening event and gala at Los Angeles’s The Theatre at Ace Hotel on January 13, 2017.

General admission tickets went on sale today, carrying a price of $29.99. Attendees will receive a free Sailor Moon character board as a gift. Viz will also sell merchandise at the event.

SAILOR MOON Feature Film Premieres At The Theatre At Ace Hotel In Downtown Los Angeles And Will Include In-Person Cast Interviews; Film Also Screens Across The U.S. In January! 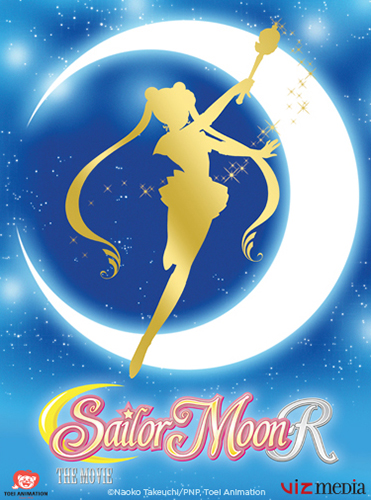 San Francisco, CA, December 8, 2016 – Toei Animation Inc., acclaimed producers of global animation, and VIZ Media, LLC (VIZ Media), a premier company in the fields of publishing, animation distribution, and global entertainment licensing, present an exclusive opportunity for SAILOR MOON fans. Through their partnership, they have organized a very special one night presentation at Downtown LA’s legendary Theatre at Ace Hotel in celebration of the U.S. theatrical premiere of SAILOR MOON R: THE MOVIE.

The Theatre at Ace Hotel in the former home of the Historic United Artists Theatre, will host the film’s theatrical premiere in a gala event on Friday, January 13th.

The Theatre at Ace Hotel

General admission tickets to attend the red carpet premiere are $29.99 each and go on sale on December 8 at 10:00am and are available on the Ace Hotel website. The VIP Red Carpet event starts at 6:00pm, doors open at 7:00pm to general ticket holders and the film will screen at 8:00pm. The event also features an exclusive interview with the English Cast and the North American theatrical debut of the original SAILOR MOON short, MAKE UP! SAILOR GUARDIANS.

Attendees will receive an exclusive free gift of a SAILOR MOON Character Board and have the opportunity to purchase SAILOR MOON merchandise at the show, including official apparel and animation products. A variety of SAILOR MOON-themed cocktails will be served at the beautiful Spanish Gothic-styled Theatre at Ace Hotel Bar. The audience will also be treated to a live Q&A with members of the renowned English language cast as well as the staff behind the feature film.

“SAILOR MOON fans will not want to miss this incredible opportunity to be among the first to catch the theatrical premiere of this monumental film next month,” says Charlene Ingram, Senior Marketing Manager, Animation. “From collectible SAILOR MOON premiums and a special live interview session with the voice cast, to creative themed drinks that many fans will recognize from previous Moonlight Party events in the Theatre at Ace Hotel Bar, this will be a fun and truly memorable way to celebrate the continuing legacy and popularity of SAILOR MOON. We encourage all who get a ticket to come dressed to impress and enjoy an evening among moonlight royalty!”

VIZ Media and film distributor, ELEVEN ARTS, will present the U.S. premiere of SAILOR MOON R: THE MOVIE in a series of special limited engagements in late January at more than 300 theaters across the U.S. A comprehensive list of participating theater locations and advance ticket information will be available soon at www.elevenarts.net/sailormoon.

In SAILOR MOON R: THE MOVIE, long before Mamoru found his destiny with Usagi, he gave a single rose in thanks to a lonely boy who helped him recover from the crash that claimed his parents. This long-forgotten friend, Fiore, has been searching the galaxy for a flower worthy of that sweet gesture long ago. The mysterious flower he finds is beautiful, but has a dark side – it has the power to take over planets. To make matters worse, the strange plant is tied to an ominous new asteroid near Earth! Faced with an enemy blooming out of control, it’s up to Sailor Moon and the Sailor Guardians to band together, stop the impending destruction and save Mamoru!

The SAILOR MOON anime series depicts the adventures of Usagi Tsukino, a cheerful 14-year-old schoolgirl who often finds herself in unwanted trouble. One day, she saves a talking cat named Luna from some mean kids, and her life is changed forever. Luna gives Usagi a magic brooch that transforms her into Sailor Moon, guardian of love and justice!

The SAILOR MOON anime series is inspired by the bestselling manga series created by Naoko Takeuchi. In the series, Usagi Tsukino is a clumsy but kindhearted teenage girl who transforms into the powerful guardian of love and justice, Sailor Moon. Meeting allies along the way who share similar fates, Usagi and her team of planetary Sailor Guardians fight to protect the universe from forces of evil and total annihilation!

Based in Los Angeles, Toei Animation Inc. manages the film distribution of Toei’s top properties, including Dragon Ball all series, Sailor Moon, One Piece, Saint Seiya, and many others to North America, Latin America, South Africa, Australia and New Zealand. Toei Animation Los Angeles office further handles all categories of consumer product licensing based on its film and television brands within these territories. For more information, please visit http: http://www.toei-animation-usa.com/.