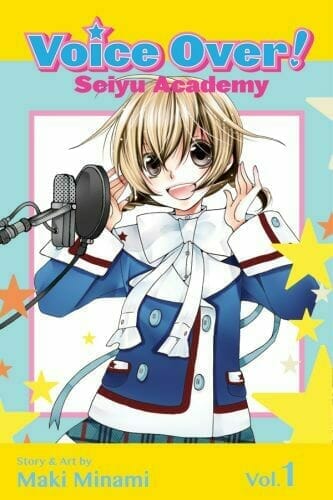 Viz Media announced their digital manga schedule for October, 2013. The company released eight new titles, as well as updates to over 35 existing series. New title releases for the month are as follows:

VIZ Media welcomes Fall with a brand new digital manga update that features more than a dozen new titles on VIZManga.com and available for digital download through the VIZ MANGA App for the Apple iPad®, iPhone® and iPod® touch, Android-powered smart phones, and also for NOOK tablets and devices.

New manga series debuting this month from VIZ Media’s Shonen Jump and Shonen Jump Advanced imprints include COWA! (one-shot), MUHYO & ROJI’S BUREAU OF SUPERNATUAL INVESTIGATION, NORA: THE LAST CHRONICLE OF DEVILDOM, and YU-GI-OH! MILLENIUM WORLD. From the Shojo Beat comes AISHITERUZE BABY, BOYS OVER FLOWERS, and VOICE OVER: SEIYU ACADEMY. The first volume of the venerable X also debuts in a 3-in-1 edition.

Kippei Katakura is a 17-year-old playboy who spends his time chasing girls, careless of their feelings. But when his 5-year-old cousin Yuzuyu comes to live with his family after her mother’s sudden disappearance, Kippei is put in charge of taking care of her. As Kippei gets to know Yuzuyu and starts to understand how she feels, he also begins to realize that all girls were like Yuzuyu once… 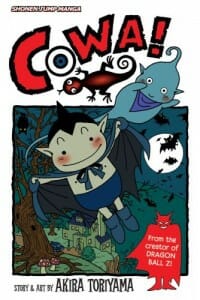 Paifu, a half-vampire half-werekoala, is always getting into trouble with his best buddy, José the Ghost. But when the Monster Flu sweeps through town, the fun and games are over. If the monsters don’t get the medicine soon, everyone will die! With all the adults sick, it’s up to the kids to save the day!

Are you a victim of unwanted spirit possession? Is there a ghost you need sent up and away…or down to burn for all eternity? If the answer is yes, then you need Muhyo and Roji, experts in magic law. Serving justice to evil spirits is their specialty.

Hime Kino’s dream is to one day do voice acting like her hero Sakura Aoyama from the Lovely ♥ Blazers anime, and getting accepted to the prestigious Holly Academy’s voice actor department is the first step in the right direction! But Hime’s gruff voice has earned her the scorn of teachers and students alike. Hime will not let that stand unchallenged. She’ll show everyone that she is too a voice acting princess, whether they like it or not!!

Their Destiny Was Foreordained… The fate of the world is at stake in this gorgeously illustrated masterwork from the four-woman artistic team CLAMP! Kamui Shiro is a young man who was born with the power to decide the fate of the Earth itself – a destiny he can barely bring himself to believe. But as other players involved in the prophecy begin to gather around him – the “Seven Seals,” with the power to protect the Earth, and the “”Seven Harbingers,” who are fated to destroy it – he has no choice but to come to terms with his fate.

Although Tsukushi Makino is from a poor family, she attends an elite school for the super rich, where her life has become intertwined with the “F4,” the ruling boys of the school, in a whirlwind of love and confusion!

Nora, an unruly demon, has defied his superiors one too many times. For the sake of his “education,” Nora is sent to live among mortals and enters a bond of servitude with cool-as-ice star student Kazuma Magari. Kazuma is about to learn the ways of the underworld… and Nora will learn more from the “real world” than he ever thought possible!

The final saga of the YU GI OH! epic! After many deadly duels, Yugi has collected the three Egyptian God Cards, the key to remembering his own past life as an Egyptian pharaoh. When the cards take Yugi’s soul back in time, can he defeat the villains of the past and achieve his ultimate destiny?

The free VIZ Manga App continues to be the top application for reading digital manga and features a massive library of the most popular series in the world. Through the innovative VIZ Manga digital platform, registered users are able to use one account to view their purchased manga across more devices than ever.

The platform features a massive library of the most popular manga series in the world, with over 1,500 volumes across more than 160 different series, and new series and volumes added every Tuesday.

All manga volumes are generally available for purchase and download in the U.S. and Canada within the application starting from $6.99 (U.S. / CAN) each and readers can also explore all titles with free Chapter 1 previews of every series. For more information, please visit VIZManga.com or www.VIZ.com/apps.

Download the free VIZ Manga App for your Android and iOS devices at www.VIZ.com/apps.