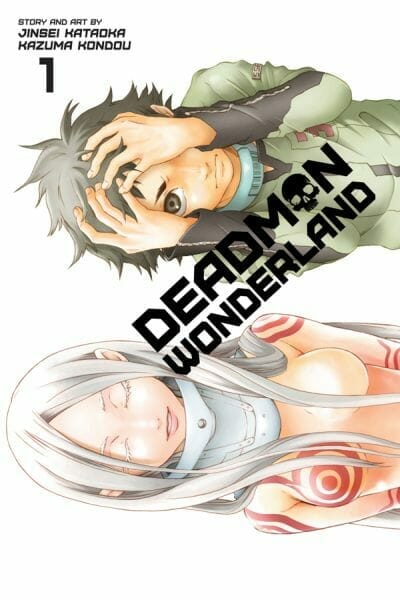 Viz Media announced that they will begin releasing the Deadman Wonderland manga series. The first volume will hit stores on February 11, 2014 with a suggested price of $9.99. A digital edition will also be available for $6.99 via the VizManga app, as well as the Nook, Kobo, Kindle, iBooks and GooglePlay stores. The second volume will be released in April, with subsequent volumes shipping bi-monthly.

Viz first announced that they acquired the domestic rights to Deadman Wonderland on July 7, 2013, during their panel at Anime Expo. It was at that point, that they set the current release date and pricing for the title. 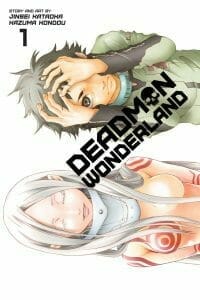 Volume 1, featuring story and artwork by Jinsei Kataoka and Kazuma Kondou, is rated ‘T+’ for Older Teens and will carry a print MSRP of $9.99 U.S. / $12.99 CAN. A digital version will also launch for $6.99 (USD/CAN) on February 11th on VIZManga.com and through the VIZ MANGA App for the Apple iPad®, iPhone® and iPod® touch, Android-powered smart phones, as well as through the Nook, Kobo, Kindle, iBooks and GooglePlay stores.

VIZ Media will publish Volume 2 of DEADMAN WONDERLAND in April with additional editions of the 13-volume series scheduled to be released bi-monthly.

Framed for the brutal murders of his classmates by the mysterious Red Man, middle school student Ganta Igarashi finds himself sentenced to death and sent to a bizarre and fatal theme park/prison that has risen from the ruins of the Great Tokyo Earthquake – a hell on earth known as “Deadman Wonderland.” The inmates of this insane penitentiary fight for survival every day to provide entertainment for the masses, and terrifying secrets lurk in the shadows. Ganta is determined to survive Deadman Wonderland and clear his name, but the price may be his soul.

“DEADMAN WONDERLAND presents a stark vision of the future where a privately run, carnival-like prison stages notorious gladiatorial fights to the death that help to finance the city’s reconstruction,” says Mike Montesa, Editor. “Thrust into this surreal and violent new world for a crime he didn’t commit, Ganta discovers he possesses a power that can be used as a weapon and help him discover the truth. Now all he has to do is stay alive!”

For more information on DEADMAN WONDERLAND, or other manga titles from VIZ Media, please visit www.VIZ.com.